Iran’s President Asserts “Wherever America Has Gone, Terrorism Has Expanded” 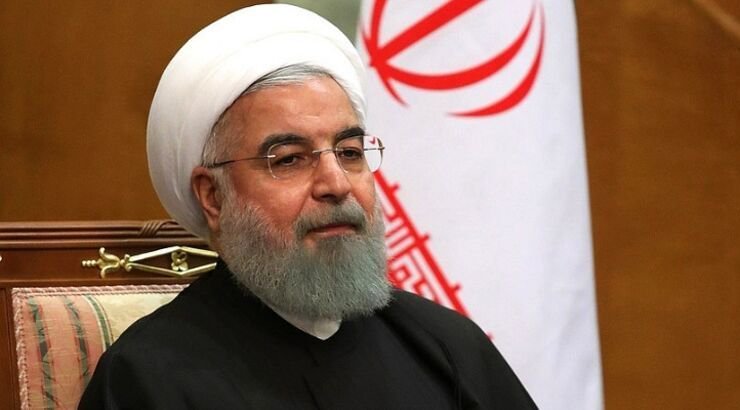 According to Iranian President Hasan Rouhani, the United States is the main instigator of terrorism in the Middle East.

Wherever the U.S. goes, Rouhani explained to Fox News, “terrorism has expanded in its wake.”

Publicly available evidence seems to indicate there is some truth to the Iranian’s president’s words. Take, for example, a recent article in the journal Environmental Pollution, which discusses the results of a study undertaken in Nasiriyah near Tallil Air Base.

Over the years, Dr Mozhgan Savabieasfahani, an environmental toxicologist at the University of Michigan has conducted several investigations in Iraq to better understand the affects of pollutants and toxic chemicals on the Iraqi people from the US-led war in Iraq.

The culprit behind these defects is depleted uranium (DU). For a significant period of time, DU was so attractive to U.S. and NATO militaries due to its dense nature, which allows it to pierce even armored trucks. It was used on a large scale during the first Gulf War, and has been used quite extensively by the U.S. ever since.

The American military used some 944,000 rounds of DU bullets in Iraq and Kuwait during the first Gulf war, and was estimated to use 4,000,000 pounds in the 2003 invasion.

Since the Iraq war, incidences of cancer and congenital defects have increased significantly. By detecting thorium in the teeth and hair of Iraqi children born with congenital disabilities near the base in question, the causative link between DU and these defects seems to be ever more apparent. Thorium is a decay-product of depleted uranium and is otherwise radioactive.

“For years following the 2003 U.S-led invasion, Iraqi doctors raised alarms about increasing numbers of babies being born with congenital disabilities in areas of heavy fighting. Other peer-reviewed studies found dramatic increases in child cancer, leukemia, miscarriages and infant mortality in cities such as Fallujah, which saw the largest battles of the war. Scientists, Iraqi physicians and international observers have long suspected depleted uranium to be the culprit. In 2014, one Iraqi doctor told Truthout reporter Dahr Jamail that depleted uranium pollution amounted to ‘genocide.’”

The U.S. military has doomed the futures of countless innocent children who probably wouldn’t have even been born during Saddam Hussein’s rule. For what? And what does it take to wake up the American public to the fact that just because the U.S. is not actively bombing Iraq into oblivion at this point in time, it does not mean that we turn our minds off from the fact a grave crime has been committed? Victims of that crime will continue feeling the effects of this collective punishment for decades to come. Will these victims receive justice?

A war of aggression, the judgment of the International Military Tribunal at Nuremberg explains, is not only an international crime, but the “supreme international crime differing only from other war crimes in that it contains within itself the accumulated evil of the whole.”

The evil unleashed by United States on Iraq is encapsulated to a great extent by this latest study, but as the Nuremberg principles affirm, this is just but one of the many evils of an accumulative whole which the U.S. military has brought, and continues to bring, to the Middle East.