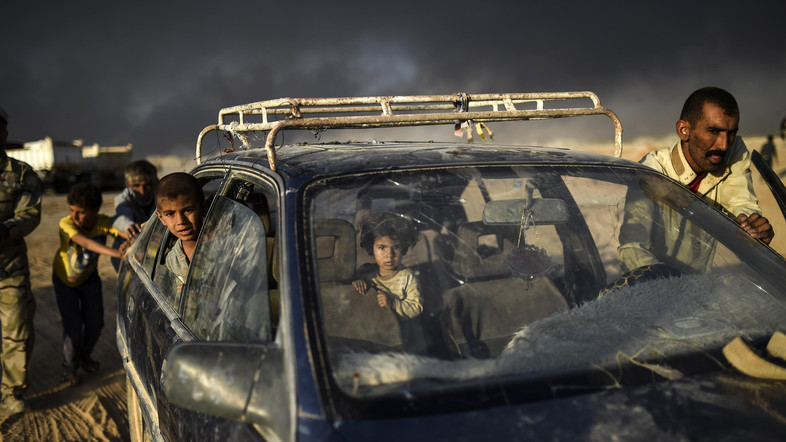 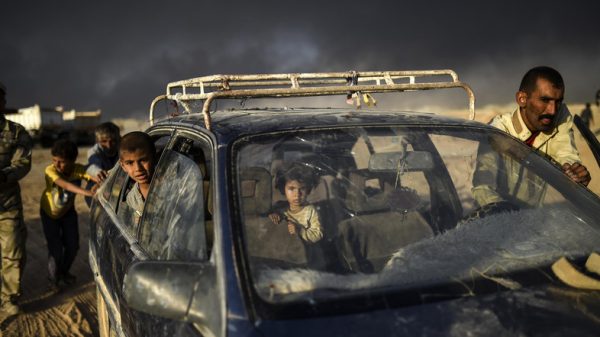 Displaced Iraqis arrive at refugee camp on October 22, 2016 in the town of Qayyarah, south of Mosul, as an operation to recapture the city of Mosul from the Islamic State group takes place.
Iraqi security forces battled for a second day with Islamic State group gunmen who infiltrated Kirkuk in a brazen raid that rattled Iraq as it ramped up an offensive to retake Mosul. / AFP PHOTO / BULENT KILIC

The “We Are Coming, Nineveh” Operation said on Monday that it liberated the Nineveh Plain area from ISIS.

Lt. Gen. Abdul-Amir Yar Allah, commander of the operations of the Mosul battle which was launched on October 17, said security forces will resume their operations until they purge all of Mosul from ISIS.

Lt. Gen. Abdul-Ghani al-Assadi, commander of the counter-terrorism force in east Mosul, said the people’s cooperation helped them restore most of these neighborhoods.

Mosul’s poor struggling to get food

Meanwhile, the United Nations said on Tuesday there were indications that poorer families in Mosul are struggling to feed themselves as food prices increase.

“Key informants are telling us that poor families are struggling to put sufficient food on their tables,” UN Humanitarian Coordinator in Iraq, Lise Grande, told Reuters. “This is very worrying.”

“In a worst case, we envision that families who are already in trouble in Mosul will find themselves in even more acute need.” Grande said. “The longer it takes to liberate Mosul, the harder conditions become for families.”

ISIS militants in the Iraqi city of Mosul have killed civilians who refuse to allow rockets and snipers to be sited in their houses or whom they suspect of leaking information or trying to flee, a UN human rights spokeswoman said on Tuesday.

“On Nov. 11, ISIL reportedly shot and killed 12 civilians in Bakir neighborhood of eastern Mosul city for allegedly refusing to let it install rockets on the rooftops of their houses,” Ravina Shamdasani told a regular UN briefing.

Information received by the UN also showed that militants publicly shot to death 27 civilians in Muhandiseen Park in northern Mosul on Nov. 25, and on Nov. 22 an ISIS sniper killed a seven-year-old running towards the Iraqi Security Forces in Adan neighborhood in eastern Mosul.