Israel Trying To Drive Wedge Between Russia And Iran Over Syria 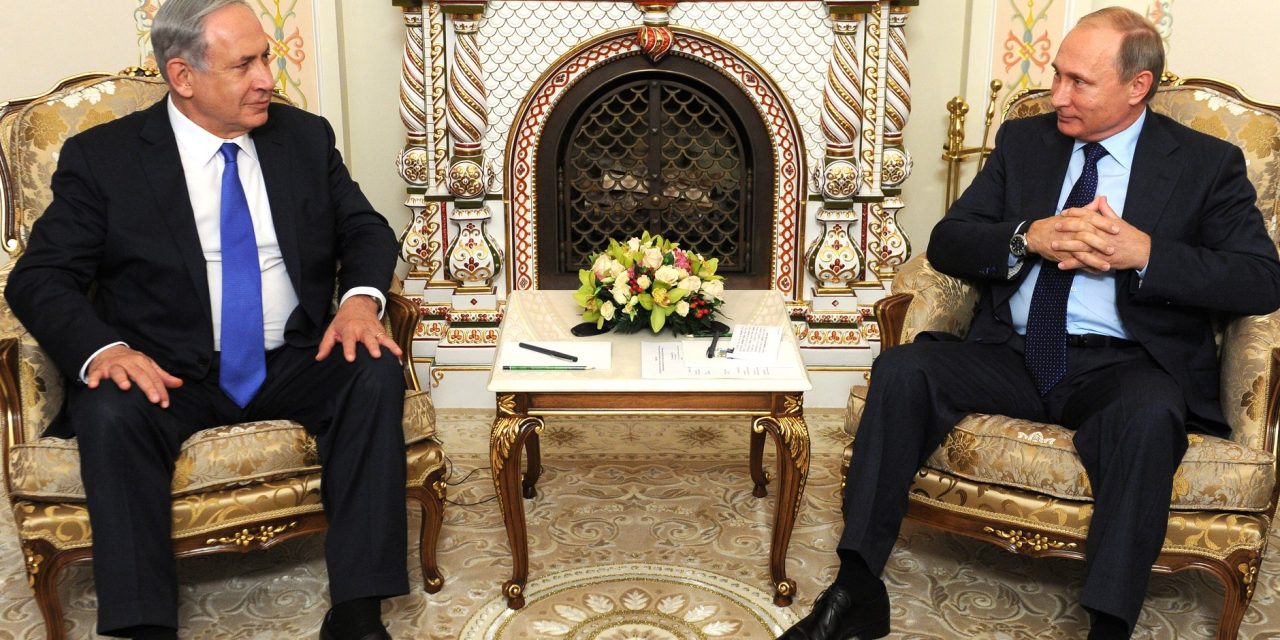 As tensions rise between Israel and Russia over Israel’s role in the Syrian conflict, reports have begun to emerge that — at best — challenge the current geopolitical paradigm. According to the Kuwaiti daily newspaper Al-Rai, as reported by the Jerusalem Post, the U.S., Russia, and Israel have reportedly reached a consensus on the need to restrict and eventually expel pro-Iranian forces from gaining influence in Syria.

As the Post reports, Israeli Prime Minister Benjamin Netanyahu has “reached an understanding with Washington and Moscow that pro-Iranian forces, including Lebanese terror organization Hezbollah, constitute an ‘existential threat’ to the Jewish state.”

These developments may seem counter-intuitive given Russia and Iran’s close working relationship not only in Syria, but regarding Iran’s own security, as well. However, there may be some truth to this story as Russia and Iran’s interests begin to overlap.

For example, as Middle East Eye reports, Iran and Russia are increasingly at odds over the future of the Syrian conflict:

“Russia’s interest lies in closing down the Syrian conflict sooner rather than later. The last thing Putin wants to do is to repeat the mistake George W Bush made in Iraq or indeed the Soviets in Afghanistan in which both invading forces won the war, but lost the peace.

“Here Russian and Iranian interests diverge. Russia has never had a problem with Israeli air strikes on Hezbollah’s supply lines in southern Syria. Unlike Russia, Iran’s motives in Syria are ideological.”

According to Middle East Eye, Iran has plans for the future of Syria that Russia does not necessarily approve of:

“Iran is the brains behind Assad’s plan to redraw the ethnic map of central Syria. They want to evacuate all Sunnis from their areas between Damascus and the Lebanese border. Iran has brought 300 Shia families from Iraq to repopulate the Damascus suburb of Darayya, which surrendered as an opposition stronghold in August. They have also shipped in Shia families to protect the Zainab shrine. Iran’s planning is strategic, long term and deeply sectarian.

“Iran pushed for an all-out offensive on Idlib after the fall of Aleppo, arguing, so far unsuccessfully, that the rebels should be given no respite.”

On March 7, 2017, the chiefs of staff of the U.S., Russian, and Turkish militaries met in Antalya, Turkey, to discuss security in Syria and Iraq. Iran was not invited. The Iran Diplomacy website, which is reportedly close to Iranian Foreign Ministry circles, wrote the following in response:

“A Russian proverb says: ‘If you aren’t sitting at the table, you are (being eaten) at the table.’ Iran was not at the table in Antalya…

“The chiefs of general staffs of Turkey, America, and Russia held joint talks in Antalya on the Syrian matter, and Iran’s silence reinforces the rumor that very gradually Iran’s role in the arena of the Syrian developments is being eliminated, or restricted… Russia forcefully entered the Syrian arena, and it played a strategic part in the fall of Aleppo, and America agreed to this. This marks a reduction of Iran’s role in the developments in Syria. The American representative in the U.N. spoke about the need for Iran to exit Syria, while it [the U.S.] supports Turkey, which is threatening to boldly enter [Syria]…”

Despite the fact Iran has contributed greatly to the Syrian conflict, particularly in assisting the Russian military, Iran will clearly not be rewarded for its efforts. It was always a risk for Iran and Russia to cooperate closely on matters of strategic importance, not because their interests necessarily differ but because their interests are by and large the same. They both want to retain a sphere of influence over the same region and want to emerge as strong players with substantial control over the region and its resources. In that context, they cannot both claim the same victory, as they both want the same thing.

Russia might also hope that appeasement of this kind towards the U.S. could result in the lifting of sanctions, something that was being discussed before Michael Flynn was ousted from the Trump administration.

It is unclear whether Russia will totally abandon Iran in the face of repeated provocation from the Trump administration or whether Russia is merely attempting to appeal to the U.S. and Israel to conclude its operations in Syria hassle-free. Perhaps, as the Middle East Media Research Institute notes, Iran may be forced to accommodate Russia even further in order to continue the cooperative relationship the two nations have been enjoying in recent times:

“Despite the fact that the Iranian media addresses the crisis with Russia only rarely, such as in the Iran Diplomacy report cited above, the Iranian regime has been holding intense debates to formulate a strategy to confront the current situation.

“According to the reformist website Amadnews, the strategy is based on two central elements: The first element is to attempt to tie Russia to Iran with a strategic alliance, as part of which Russia will receive extensive benefits from Iran in the form of financial compensation for Western sanctions against it totaling $50 billion, and military-strategic privileges such as military bases and ports in the Persian Gulf on Iran’s southern border. The latter aspect has strategic importance vis-à-vis the U.S., and is historically significant to imperialist Russian interests.”

If this is the case, it is working. Iran just announced that Russia can strike Syria from Iranian airbases on a case by case basis.

If Iran’s role in Syria continues to be restricted, this narrative may have some truth to it. As a result, we may continue to see further appeasement – or a deterioration of relations on all sides — which may end up further exacerbating the Syrian conflict to the detriment of the Syrian civilian population.