Israeli war hawks push for massive increase in military spending. US taxpayers to foot the bill? 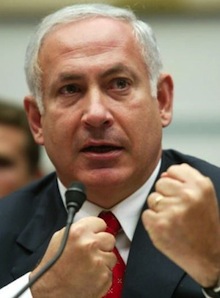 The Israeli military has a lot of foreign aid behind it, but its ambitions often far exceed what they can actually afford, which means Israel is often deficit spending on the military, as they did during the recent Gaza war.

Finance Minister Yair Lapid, whose job it is to balance the books, warned they can’t afford such spending and need to dial back of their deficit spending and agree to only a smaller increase It fueled a quick backlash from hawks.

Prime Minister Benjamin Netanyahu insisted military spending needs to be increased by “many billions” annually, and claimed that deficit spending on wars was saving the Israeli economyby keeping foreign capital from leaving.

Air Force chief Major General Amir Eshel demanded a dramatic spike in funding for warplanes as well, saying “there’s no one in this room who’d be prepared to ride in a car as old as our planes.” Eshel went on to claimIsrael might have to attack Iran at a moment’s notice, and that planes might be sent tomorrow, so they need to be heavily funded just in case. The oldest active plane in the Israeli Air Force is a 1971 C-130 Hercules transport plane.