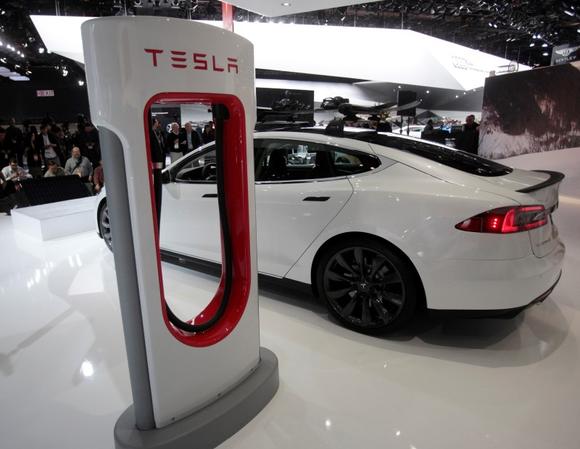 A Tesla S electric car and a charging station are displayed during the press preview day of the North American International Auto Show in Detroit, Michigan in this January 14, 2014 file photo.

(Reuters) – Massachusetts’ highest court on Monday threw out a lawsuit seeking to block Tesla Motors Inc (TSLA.O) from selling its luxury electric cars directly to consumers in the state, enabling it to bypass traditional dealerships.

Justice Margot Botsford wrote that the law was aimed at protecting dealers from unfair practices of manufacturers and distributors “with which they are associated, generally in a franchise relationship,” rather than unaffiliated manufacturers.

The law “was intended and understood only to prohibit manufacturer-owned dealerships when, unlike Tesla, the manufacturer already had an affiliated dealer or dealers in Massachusetts,” she wrote.

“Contrary to the plaintiffs’ assertion,” she added, “the type of competitive injury they describe between unaffiliated entities is not within the statute’s area of concern.”

The trade group had accused Tesla of operating a showroom in Natick, Massachusetts without a license and in violation of a law prohibiting a manufacturer from owning a dealership.

“We’re disappointed,” Robert O’Koniewski, a spokesman for the group, said of the ruling. He said the group would review what steps to take with state legislators to address “the standing gap.”

“It’s a great decision,” Maron said. “The statute is very similar to statutes in other states. We have battles in New Jersey and other states with similar constructs, and we hope and expect the same interpretation would carry over to those venues.”

Last week, Nevada let Tesla make direct car sales to residents, as part of an arrangement to provide $1.3 billion of tax breaks for the company to build a giant battery factory.