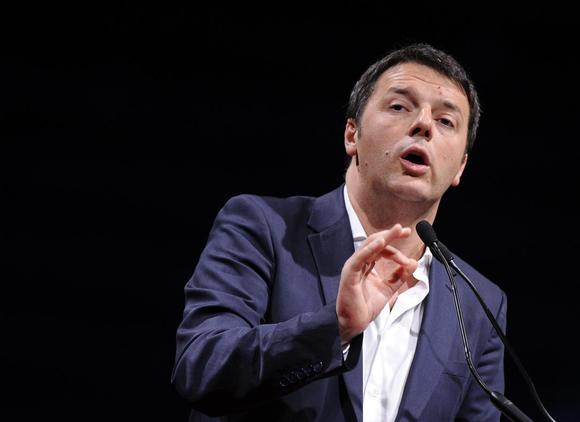 Italian Prime Minister Matteo Renzi on Friday cut taxes for 10 million low earners to try to boost household spending after a two-year recession, making good on a promise he made after taking office two months ago.

Renzi’s cabinet passed a decree to reduce taxes for those earning between 8,000 and 26,000 euros a year by about 80 euros per month, starting next month.

The 6.9 billion euros in tax cuts will be funded by a mix of spending reductions, one-off windfalls and a “review” of spending on Lockheed Martin’s F-35 fighter jet, Renzi told reporters.

“We kept our word. Today is the beginning of a general reorganization of spending and of the relationship between the state and its citizens,” Renzi said before outlining the cuts with tweets that were published on the government’s Twitter account as he spoke.

Italy is still struggling to recover from a recession that drove youth unemployment to over 40 percent. Real per capita income in Italy, the euro zone’s third-biggest economy, is at nearly the same level it was in 1997.

In February, Renzi seized power within the Democratic Party from rival Enrico Letta, whom he accused of acting too slowly to make reforms and lift growth.

Since then the 39-year-old former mayor of Florence has pushed to cut taxes, eliminate political privileges and overhaul institutions, with an eye to the May European Parliament election.

He needs his Democratic Party to make a strong showing to shore up his grip on his right-left coalition.

The decree “for competitiveness and social justice”, which goes into effect immediately but must be confirmed by parliament within 60 days, means almost 7 billion euros in tax cuts this year and 10 billion in the following years.

To plug the hole in lost revenue, Italy will reduce its spending on goods and services by 2.1 billion euros this year and cap salaries in the public administration for 600 million euros. It will also include 900 million euros in other savings.

One-off measures include a tax windfall from private banks that hold revalued shares of the central bank, which should bring in 1.8 billion euros.

Other areas he mentioned were reducing the number of municipal companies paid for by the state, fighting tax evasion and cutting 150 million euros of spending that had been earmarked for the F-35 fighter.

Renzi did not give details on the “review” of spending for the jets. Italy now has committed to ordering 90 of the planes for about 12 billion euros, but some in his party have said the order should be halved.

Renzi also confirmed that the decree lowers the regional business tax (IRAP) by 10 percent, a reduction to be funded by an increase of taxation on capital gains from financial instruments, except for government bonds, to 26 percent from 20 percent.

The reforms, when taken as a whole, will boost growth potential and the fragile recovery will become more “robust” this year, Padoan said.

Padoan has estimated the tax cuts can raise Italy’s economic growth this year by around 0.3 percentage points. It is not clear if this boost is already incorporated in the government’s official forecast of 0.8 percent growth, which it reduced from 1.1 percent last week.

Renzi is under pressure from Brussels to keep a lid on Italy’s strained public finances, and he is pushing to be allowed to lower Italy’s deficit more slowly than a strict application of EU guidelines while not breaching the rules.

In a statement, the anti-establishment 5-Star Movement, which has called on Italy to consider scrapping the euro, said that the funding for the tax cuts is “nothing but hot air”.