John Podesta to Daily Caller: You’re Fake News, You Must Cease and Desist 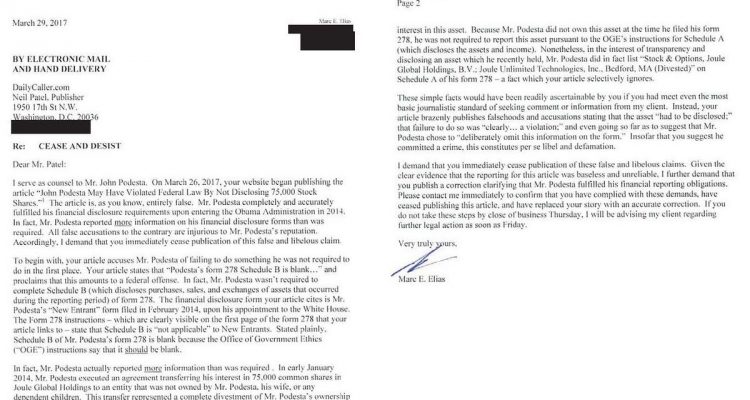 The letter singles out a March 26 article titled, “EXCLUSIVE: John Podesta May Have Violated Federal Law By Not Disclosing 75,000 Stock Shares.”

Daily Caller journalist Richard Pollock wrote that Podesta “may have violated federal law by failing to disclose the receipt of 75,000 shares of stock from a Kremlin-financed company when he joined the Obama White House in 2014,” reports the Examiner.

This is is breaking news story and will be updated throughout the night.