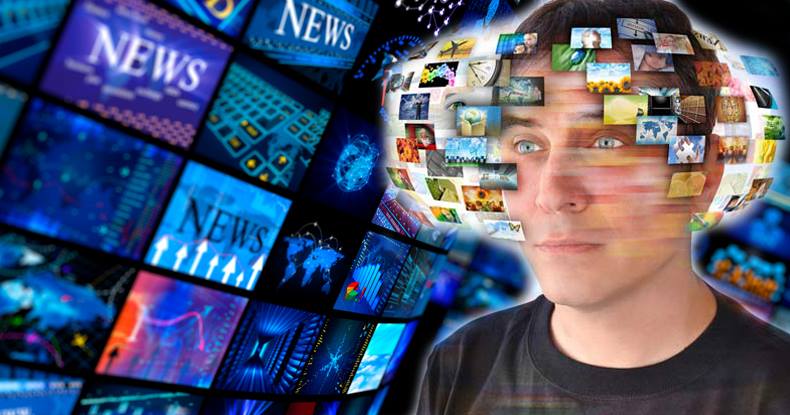 According to a Monmouth University poll released two weeks ago, nearly 6 out of 10 Americans now believe the mainstream media reports ‘fake news.’

Reported within the first two weeks of March, fifty-four percent of the respondents including the majority of Republicans, Democrats and independents had said that ‘fake news’ reports online were published on purpose to further a covert agenda.

Sixty percent also believed that mainstream news outlets reported ‘fake news’ either occasionally, or regularly with forty percent claiming they believed it was intentional due to an underlying agenda.

Seventeen percent reasoned that, due to poor fact-checking, they also believed ‘fake news’ was being reported by the mainstream media.

Approximately one-third of the respondents said they did not believe that the mainstream media was reporting ‘fake news’.

When comparing the 41 percent of independents, and 24 percent of Democrats, it was found that fifty-five percent of Republican respondents believed that ‘fake news’ was reported on intentionally by mainstream media outlets to further their agenda. Republicans were more suspicious of the motivation behind the publication of ‘fake news’ in mainstream outlets.

Over eighty percent stated that prior administrations had better relations with the media than Trump.

As the rise of ‘fake news’ continues to soar with the added mistrust of the general public, a legislative proposal has been aimed at outlawing ‘fake news’ websites. However, it has been sidelined in the California State Legislature by California Assemblyman, Ed Chau.

Tuesday’s plans were cancelled to hold a hearing for A.B. 1104, a bill that would’ve made it illegal to publish false or deceptive statements on the internet about a political candidate or ballot measure. The hearing was cancelled upon Chau’s request, according to the California legislature website.

“An important step forward in the fight against ‘fake news’ and deceptive campaign tactics.”

The proposal would make it:

Under heavy criticism, it was stated that the bill was in direct violation of free speech laws. However, a campaign earlier this week was still held amid First Amendment concerns.

“At a time when political leaders are promoting ‘alternative facts’ and branding unflattering reporting as ‘fake news,’ we don’t think it’s a good idea to give the government more power to punish speech,”

“Political operatives could file complaints at the slightest hint of hyperbole or smallest misstatement of fact by a candidate,” he said. “Prosecutors could launch politically motivated investigations. The bill doesn’t even exempt journalism, leaving bloggers who want to quote false statements before debunking them in a legal limbo. Even satirical websites, such as The Onion, could come under fire for posting technically false information. You could even get in trouble for retweeting something inaccurate that someone else said.”

Without any public explanation, further attempts have been made to contact Chau’s office but remain unsuccessful at obtaining information regarding the status of the bill.

The polls display that the majority of the public believes the mainstream media is reporting ‘fake news’. This shocking revelation proposes a great opportunity for alternative media sources to combat against ‘fake news.’

The public is now searching for alternative news sources they can trust to provide them with accurate information.

As new bills are being proposed that are in direct violation of free speech, disguised as combating against ‘fake news,’ it is important for the public to be informed on this subject matter. Not only does this threaten the alternative news sources that are getting the truth out to the public, this will also personally affect the rights of every individual, moving us all forward when it comes to personal freedom of speech in this country.