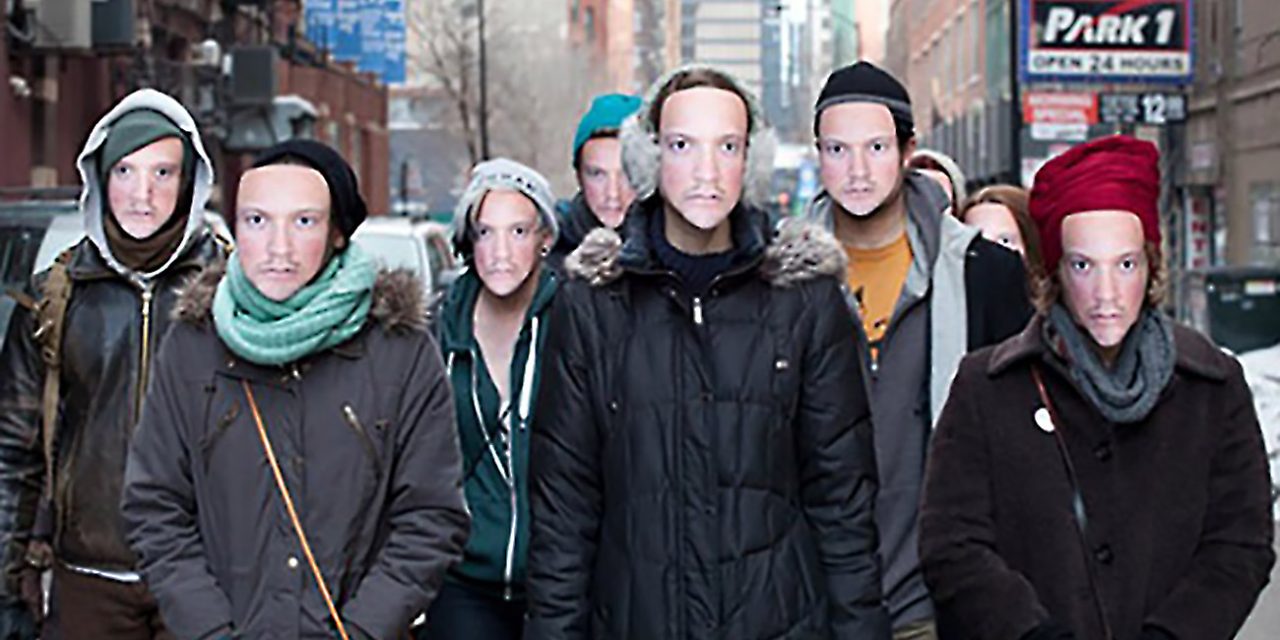 Written with the assistance of Rory Byrne Co-Founder of @securityfirst, “building tools for the security of human rights defenders.”

[ Today’s ] journalists and activists are increasingly under threat from digital and physical surveillance.

Here are some very basic steps on how to protect yourself when you feel like you might be being tailed, tracked, or followed. Note this article is not meant to trigger or inspire any occurrence of targeted individualism but only as a brief guide line for those who wish to learn how to identify and neutralize physical surveillance. Let’s be clear: if the professionals are following you, you probably won’t know it. Well trained spies use a host of tricks that make sure you’ll never know you’re being followed.

Surveillance is the monitoring of people’s behavior, activities, or other patterns for the purpose of harming, influencing, managing, directing, or protecting them.

What techniques are available to carry out surveillance?

• Human surveillance (on foot, in a vehicle)

How to Identify if Your Office is Under Surveillance

Surveillance generally requires that the adversary is able to observe the activities of its targets. This means there are a limited number of physical sites they can use for surveillance. The best thing to do when looking for surveillance is to try to think like an adversary?—?what might you do is you were trying to monitor your office? From where might you carry out such surveillance?

• Take a baseline
It is important to gain an understanding of what “normal” conditions look like. (For example, where cars normally park or people normally stand).

• Filter out coincidence
Filter out the chances that something could be a coincidence by concentrating on unusual activities and applying common sense filters (e.g. if someone is standing in a place where people don?t normally stand pay more attention to them. Do they look like they are from the area? Are they paying an unusual amount of attention to your activities?) Look for 3 signs that something is out of the ordinary or 3 repeat sightings.

• Notify others
It is important to notify others of any suspicions and to keep a log of them. This allows the monitoring of patterns which otherwise might not emerge. For example, if you notice someone suspicious and then a colleague notices something else suspicious on a separate occasion but this information is not shared, then a valuable opportunity to confirm a security threat is missed.

What To Do If Your Office Is Under Surveillance

Physical surveillance continues to be a significant danger to those working on journalism and human rights. Other than a human source, it is the only way to build detail on what is occurring things like meetings. It is obviously important to know how to identify if you, your colleagues, or partners are under surveillance.

Counter-surveillance is the process of detecting and mitigating hostile surveillance.

Tells that might give away someone who is conducting surveillance on foot include:

— Visibly talking into their microphones

— Trying to avoid the target’s gaze

If you identify one potential surveillance member, you can use that knowledge to identify others. Members of a surveillance team can cross-contaminate other members:

• By speaking directly to them

• By looking in their direction

• By appearing or dressing in a similar manner

What can you do to spot them?

The most important thing to remember when conducting counter-surveillance is that you need to be discreet as you do not want any potential surveillance teams to know that you are looking for them. This would raise suspicions further about what you intended to do. The primary aim is to ascertain whether or not you are being followed, not to lose them.

Remember, if you discover you are in fact under surveillance, you have three options:

• Change your plans: This is the safest and recommended option ? it will allow you to keep your original plans to yourself and reassure whoever had you under surveillance that you aren’t up to anything suspicious or worthy of surveillance.

• Lose the surveillance covertly: This is losing the surveillance team without them knowing you were aware of them by making it look accidental. This should be used if you absolutely must keep your plans and you feel it is safe to do so.

This is the person who initially alerts the rest of the surveillance team when the target is on the move. The easiest person to find.

The person carrying out the surveillance will try to stay out of a the 10 t0 2: the immediate eye line of the person they have put under surveillance

This is the number of sightings of a surveillance team member you are aiming to achieve before you can confirm that you are under surveillance.

This is the minimum number of turns you take to filter and reduce the possibility of seeing the same person by coincidence.

This is the process of breaking out of the surveillance a team will try to keep you in. By breaking the box you increase the likelihood that they will make mistakes which you can observe and use to identify them.

The easiest place for them to be located is in or outside your location. They will usually try to stay stationary. If the place you have entered has a number of exits then a number of team members may be spread around each as a trigger. Think about where you would be if you were on a surveillance team look for locations and situations where it would not be suspicious for a surveillance person to be hanging around.

Tactics: How to find the eyeball on foot

The eyeball refers to the member of the surveillance team who currently has you in their sights. Firstly?—?don’t look over your shoulder! Instead try to create situations to look observe all around you naturally?—?including behind you: 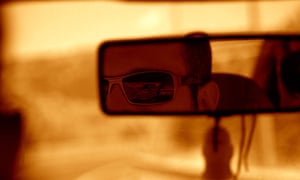 • Try using windows; either looking through them or in their reflection; or car mirrors;

• Hold open doors for other people to enter and let them overtake you;

• Cross a busy street and see who follows you;

• Stop to look at posters or bus timetables, use an ATM, or buy something from a street vendor.

A force-past is when you create a situation in which someone following you would have to go past you or expose their position. There are several easily created force-past points:

• Using a lift to go up (until all passengers have left), then go down and exiting via an underground car park

• Rapidly turning a corner then suddenly entering into a shop

• Change your clothing to make it harder to identify you.

Three Sides to a Square

This is a technique used to identify several members of a team, create pressure on them and thin down their surveillance. It can be conducted alone or with a team.

It means taking a longer route than would logically make sense for someone going from point A to B.

Pick three or more reasons to be a) using such an unusual route and b) stopping along the way. These reasons should take the following things into account:

• It should be genuine and not suspicious, there should be a believable reason for the detour. Remember, this is because you do not want any possible surveillance to know that you are checking for surveillance

• It should force a surveillance team member to go into the location with you to establish what you are doing, who you are meeting, or check for any signs that you may have a counter-surveillance team with you

• It should be a position where you can:

– Observe what is occurring

• You should be able to quickly get on the move again, so pay bills in advance, don’t get hot food, etc.

It is difficult for surveillance teams to keep up if you suddenly get on a bus, going from on foot to mobile. This is particularly true because buses are slower than other vehicles so are difficult to follow by car too. Ensure you have change for the fare. Sit as far back in the bus as possible and if it?s left-hand drive, sit on the right side of the bus to be able to observe any vehicles which might over take the bus

If conducting overt anti-surveillance get on, get off at the next stop, and then rapidly get on the next bus. If you want to appear covert ? get on a bus with one number, then get off and get a bus with another number, to make it look like you might be lost.

Trains are difficult to follow with multiple forms of surveillance because they are faster than other vehicles. When getting on the train, hang back and try to be the last person to get on. Stand at the end of the platform where the train driver stops and where you will have a good view. Try buying a ticket to a destination and observe?—?get off before that destination.

If conducting overt anti-surveillance, get off then rapidly change trains. If you want to appear covert get on a train with one destination, then get off and get a train with another destination, to make it look like you might be lost.

Taxis can be useful for local knowledge and the fact that in some countries they can use bus lanes which surveillance vehicles might not be able to use without drawing attention to themselves. 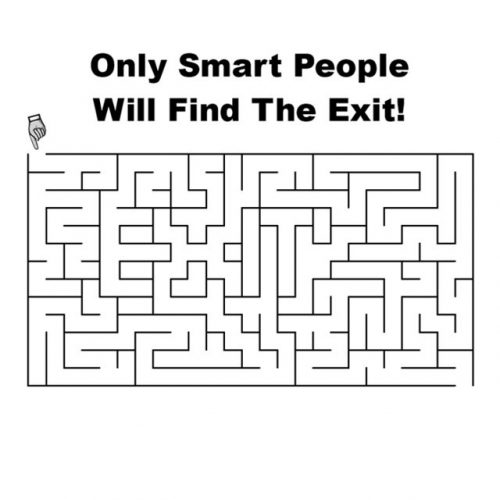 Co-Founder of @_securityfirst, building tools for the security of human rights defenders. Helped setup and was Head of Security & Research.