Judge Rules In Favor Of Privacy On Fingerprint-Locked Phones 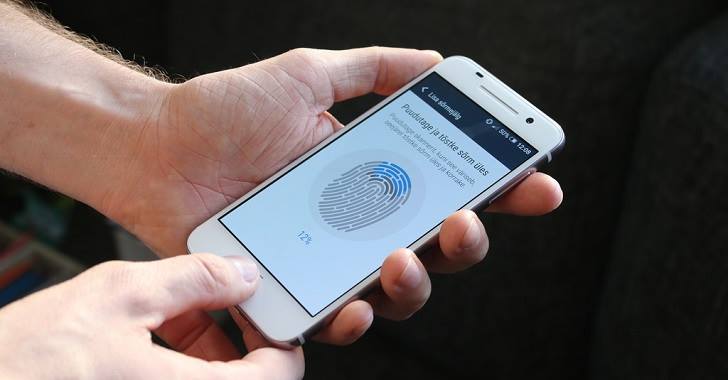 Article via The Anti-Media by Derrick Broze

Congratulations, friend. You are now slightly more free thanks to a recent ruling by a federal judge in Chicago. The Federal Bureau of Investigations (FBI), the nation’s top law enforcement agency, previously filed a warrant to search the home of a man believed to be trafficking child pornography. U.S. Magistrate Judge David Weisman denied the request based on a lack of evidence to justify to the privacy intrusion.

The case deals with an FBI investigation involving suspects accused of trafficking images of child pornography via the internet. The prosecution representing the FBI requested a warrant, which would have given the bureau “the authority to compel any individual who is present at the subject premises at the time of the search” to provide a fingerprint or thumbprint needed to unlock an Apple device.

“Weisman, a former federal prosecutor and FBI agent, wrote in his 14-page opinion last month that the government hadn’t presented enough facts in its application that would justify such sweeping “intrusions,” including any specific information about those who might be living at the residence or their connection to the child pornography investigation.”

Jennifer Lynch, a senior staff attorney at the Electronic Frontier Foundation, a nonprofit digital rights group, told the Tribune she was hopeful the ruling would send a sign to federal agencies seeking broad powers to access individuals’ cell phones without probable cause. “This is a very new area of the law. We’ve only had the ability to unlock our phones with our fingerprints for a few years now,” Lynch said. “And so in this situation, there’s nobody on the other side to say to the court this is outrageous and there are some cases to back us up.”

As the Tribune noted, in 2014 the U.S. Supreme Court ruled that police must obtain a warrant before they can search an arrestee’s phone. However, the Supreme Court also found that physical evidence, including a fingerprint, can be collected without a court-approved warrant. While it seems the Supreme Court is protecting the rights of the American population for the moment, it is troubling that the FBI is seeking to establish a precedent for warrants that allow access to every individual’s phone in a single home.

Some critics will argue that the government should have access to anything they want in their fight against crime, especially regarding something as disturbing and disgusting as child pornography. We should be cautious of accepting such extremist arguments. For example, the State has claimed the loss of freedom and privacy is necessary to fight terrorism. We can look around and see the obvious failure of that venture. When it comes to child pornography, some may falter and say the crime (or the possibility of the crime) justifies an “insignificant” loss of freedom. Be careful when it comes to these emotional ploys. Do not waver in your principles.

The reality is that the U.S. government has a number of agencies that already have access to your cell phone. This includes the NSA, FBI, CIA, and pretty much any federal, local, or state agency with access to a cell site simulator, aka stingray. If that doesn’t work, they can just remotely turn on your Smart TV. The push to get access to your phone via fingerprints is actually a part of the growing surveillance state, and more specifically, a part of the push for biometrics.

In fact, the FBI is already facing a new lawsuit from EPIC (Electronic Privacy Information Center) over the agency’s latest biometric identification system. The FBI’s Next Generation Identification (NGI) system is made up of fingerprints, iris scans, faceprints, and other facial recognition data. EPIC is suing regarding the FBI’s plan to include tattoos and scars in the database and is asking a judge to force the FBI to release records about its plan to share the biometric data with the U.S. Department of Defense.

EPIC filed a Freedom of Information Act request last year, but the FBI has so far refused to release the 35 pages of responsive records. EPIC and privacy advocates are concerned about the potential for cases of mistaken identity and abuse of the collected data. EPIC also highlights that even the FBI itself “stated that ‘[i]ncreased collection and retention of personally identifiable information presents a correspondingly increased risk that the FBI will then be maintaining more information that might potentially be subject to loss or unauthorized use.’”

Welcome to America in 2017. Big Brother and Big Sister are always listening, and you do not own your own fingerprint or face. For the moment we celebrate a slight victory, but now is not the time to rest. We must continue to expose and combat the eyes and ears of the State. Without privacy, there is no freedom. We are watching the concept of privacy quickly vanish before our eyes. It is up to every free heart and mind of the world to stand up and create new systems that serve the people, not the ruling class.