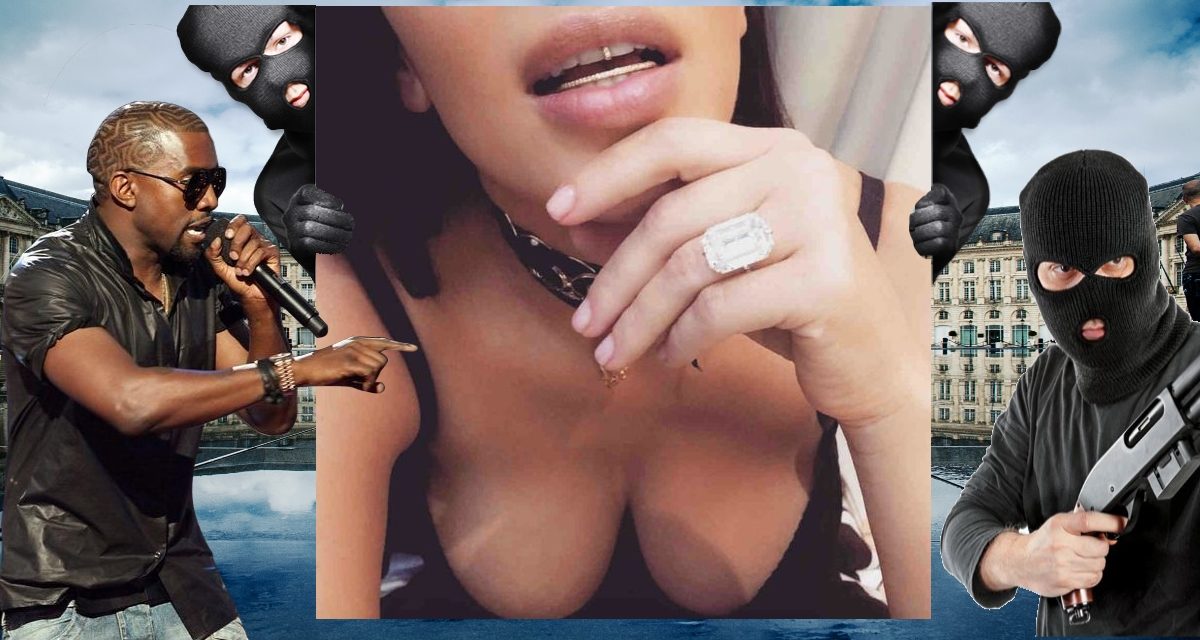 Kanye West is wanted for questioning by police as a suspect in the Paris robbery case after more evidence has emerged suggesting the jewelry theft was an “inside job.”

Police believe somebody close to Kim Kardashian helped tip off the thieves and Kanye West, though performing at Meadows Festival in New York at the time, has been summoned to the French capital for questioning.

A police source, describing the case as “one of the strangest” they have worked on, said Kanye has “been evasive” and has yet to agree to dates for his hearing.

The bad news for Kanye is that the United States does have an extradition treaty with France, although there has been a history of reluctance on both sides to honor it.

However if French authorities provide enough evidence that the robbery was an “inside job” insurance scam, there will be enormous heat on Kanye to appear in Paris and clear his name.

He said, “I would say it’s either an inside job or publicity stunt. That hotel is so secure, somebody must have tipped them off that she was alone inside, or shown them a way in.”

“First thought as soon as I read this ‘story’ was this is a bullshit insurance scam. Kanye was complaining he’s broke and needs millions just a couple months ago, now 11 million dollars of jewelry happens to get stolen. No witnesses? No cameras in the hotel? No security, just one concierge? Why would she have $11 million dollars worth of jewelry on her? This reeks of a scam.“

Kanye, 39, who believes anyone who lives within their means “suffers from a lack of imagination,” declared he was $53 million in debt in February this year.

“Detectives are satisfied that the robbers could have easily tricked their way into Kardashian’s apartment block, [but] it is not clear how they got into her actual flat,” the source said. “The baffling part of the inquiry is how the robbers got into the apartment. Of course it’s possible they tricked their way in, but at that time of the [early morning] it’s unclear who actually opened the door.”

The source added that the entrance to Kardashian and husband Kanye West’s apartment in the secretive, luxury building known as the Hôtel de Portals is “armored” and “easily locked from the inside.”

Kim showed off her weighty engagement ring and a diamond-encrusted grill on Instagram just hours before the robbery.

“We are dealing with a young woman who was practically alone with a hugely valuable amount of jewelry,” the source continues of the “strange” investigation. “She would never open the door in the middle of the night in these circumstances, so who did if it wasn’t opened with a key? There were no signs of forced entry, but there’s also no proof that a key was used.”

Jeanne d’Hauteserre, mayor of the eighth district of Paris, in which the apartment is situated, believes it is likely that a local gang was involved.

“There have been a number of attacks in recent times, notably of watches, and then of people attacked in their own apartments,” d’Hauteserre said. “Now that this is all a big news story, we hope that the famous gang or gangs will be dismantled and arrested.”