Kellyanne Conway Blasts Democratic Lawmaker Who Made Sexist Joke About Her 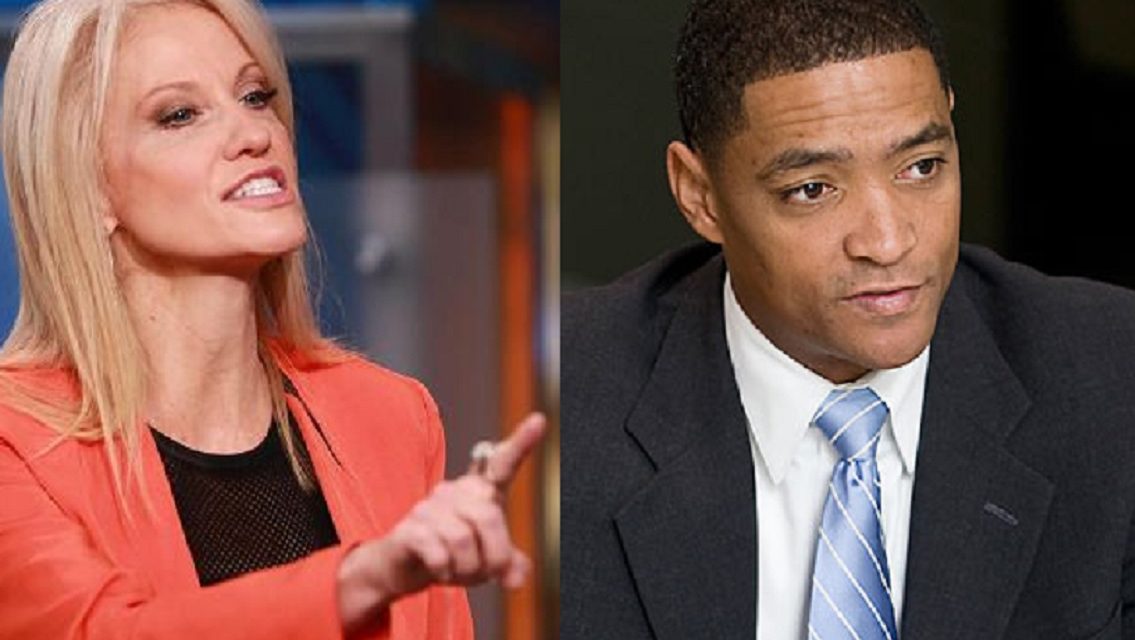 Kellyanne Conway is firing back, after Democratic Representative Cedric Richmond said that she looked “really familiar” on her knees.

Conway also confirmed that Richmond has not apologized for the remark.

Richmond had made the absurdly sexist comment during a Washington Press Club Foundation dinner on Wednesday evening — after the photo of Conway kneeling on the White House sofa to take a photo of the president and the presidents of historically black colleges went viral.

This is an exact quote from congressman @CedricRichmond: "Y'all seen that photo of Kellyanne on couch? She looks familiar in that position." pic.twitter.com/drMybx6ruk

“You even mentioned Kellyanne and that picture on that sofa,” Richmond said, responding to a joke made by Senator Tim Scott earlier in the evening. “I really want to know what was going on there because she really looked kind of familiar in that position there, but don’t answer.”

His comment quickly drew outrage from members of the Republican Party, as Democratic lawmakers remained largely, and noticably, silent.

Dems and media are ok with sexism, as long as it's directed at a conservative woman like @KellyannePolls.#doublestandards https://t.co/mW8ZvEYvvX

“A snarky joke for you is just a reminder of the demeaning comments women hear every single day. And trust me, it happens to all women,”  GOP Chairwoman Ronna Romney McDaniel tweeted. “I’d suggest using Women’s History Month to lift us up instead of knocking us down.”

Don’t “clarify,” @RepRichmond – apologize. I’d suggest using Women's History Month to lift us up instead of knocking us down. 3/3

Instead of apologizing, however, Richmond sought to “clarify” what his sexist remark meant.

“Since some people have interpreted my joke to mean something that it didn’t I think it is important to clarify what I meant, ” he said in a statement to the Washington Post. “Where I grew up saying that someone is looking or acting ‘familiar’ simply means that they are behaving too comfortably.”

When asked by Peter Hassan of the Daily Caller if she believed that there would be more media outrage if she was a liberal, Conway responded “yes,” but added “it is not just if I were a liberal woman, but if I were a pro-abortion one.”

“I notice he did not apologize, he tried to clarify,” Conway added.

Conway also shot back against the claims that her position was disrespectful.

“I helped usher in those 60+ HBCU Presidents after speaking with them in The Roosevelt room. I was taking pics and texting the pics to [the college presidents],” Conway told the Daily Caller. “MANY of them have defended me on radio and social media.”

This is not the first blatantly sexist attack on the counselour to the president.

Earlier this month, Saturday Night Live ran a segment parodying the film Single White Female, where a hyper-sexualized Conway obsessed over CNN’s Jake Tapper, after breaking into his home in a nightgown.

Conway is a wife and mother — as well as the first woman to ever run a successful presidential campaign.