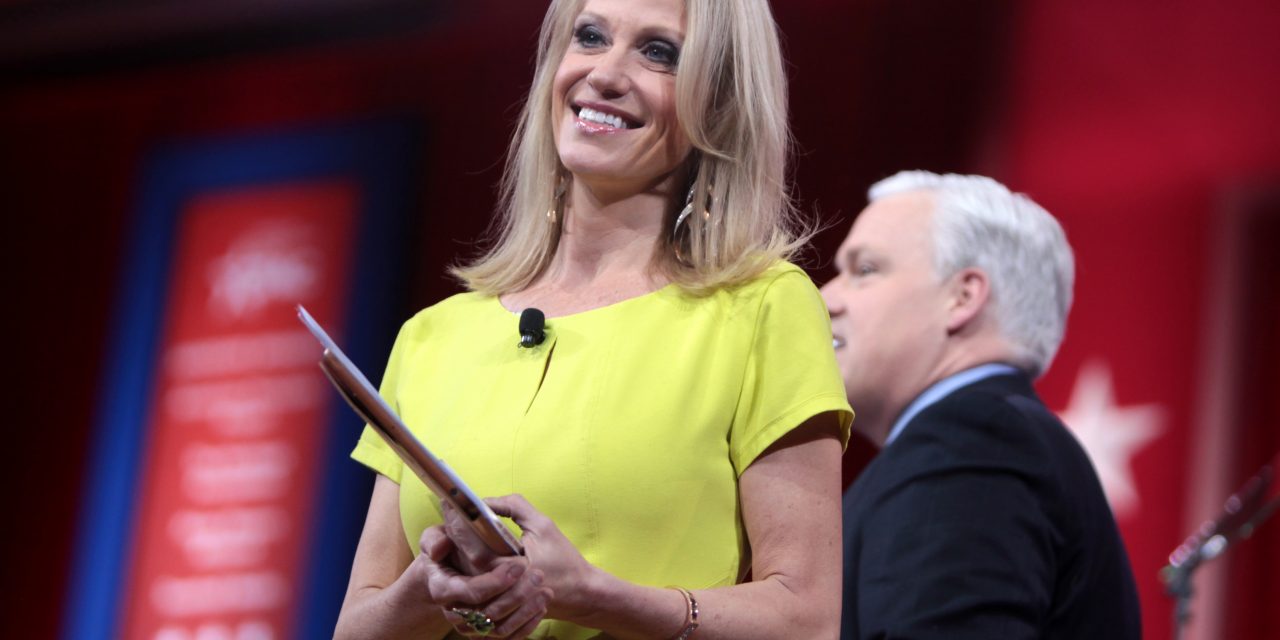 U.S. President Donald Trump’s senior adviser Kellyanne Conway has bizarrely claimed that surveillance on Trump Tower could have been from “microwaves that turn into cameras.”

Conway told the Bergen Record in an interview that Trump tower could’ve been spied on through any number of ways.

Conway went on to say that the monitoring could be done with “microwaves that turn into cameras,” adding: “We know this is a fact of modern life.”

After her comments, she received wide criticism on social media with one person choosing to create a Twitter account called “KellyannesMicro” to mock Conway.

God damn it. I think she's on to me. I must have blinked while I was heating up her coffee.

That's not what your oatmeal told me this morning! https://t.co/XKtYAvLNct

Conway attempted to clear up the earlier interview with the Bergen record, informing CNN and Today on Monday.

“I’m not Inspector Gadget. I don’t believe people are using their microwaves to spy on the Trump campaign. However, I’m not in the job of having evidence. That’s what investigations are for,” Conway said.

She also tweeted out a series of messages that the comments were being taken out of context.

1/2: On wiretap claims, I have said many times that we are pleased the House/Senate Intel Committees are investigating & will comment after

2/2: response to Bergen Record was about surveillance articles in news & techniques generally, not about campaign. Headline just wrong.

Her comments come amid the Congress-set deadline day for President Donald Trump to provide evidence for the March 4 tweets in which he alleged Obama wiretapped him at Trump Tower in the months leading up to Election Day.

Although this reporter knows of no way to spy on you through your microwave, it’s important to note that microwave radiation weapons are documented to exist. The idea might not be as far-fetched as you assume.

In fact the U.S. Army yanked their ‘voice-to-skull devices’ site in 2008. The proposal was to beam radiated frequency into a person or animal through means of “pulse-modulated microwave radiation.”

The program details its goals:

Nonlethal weapon which includes (1) a neuro-electromagnetic device which uses microwave transmission of sound into the skull of persons or animals by way of pulse-modulated microwave radiation; and (2) a silent sound device which can transmit sound into the skull of person or animals. NOTE: The sound modulation may be voice or audio subliminal messages. One application of V2K is use as an electronic scarecrow to frighten birds in the vicinity of airports.

Additionally, in 2011 WIRED reported that the Air Force said they wanted mind reading drones, so anything is possible. It’s also important to note that surveillance bugs or spy cams can be placed anywhere, so yes, the microwave in Trump tower could have been spying on Trump associates. It’s not really such a tinfoil hat conspiracy theory. In addition to the potential of spy cams and surveillance bugs being planted, it’s also not so far-fetched in this day and age to think that a microwave could be manufactured with a secret camera built into it and replaced as a decoy by a spy agency.

Up to this point, Trump and his team have not provided any evidence to their claims that Obama tapped Trump tower.