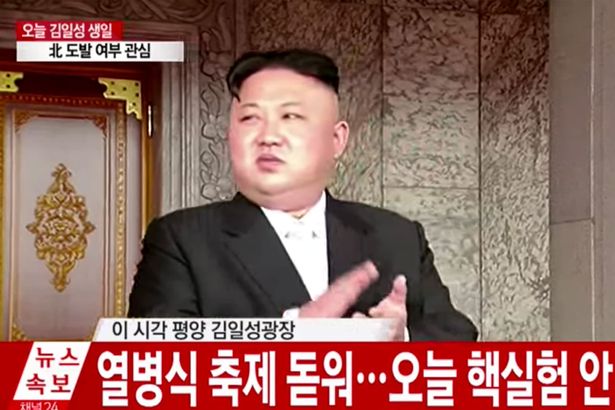 (UK MIRROR) — A close aide of Kim Jong-Un has warned ‘reckless’ Donald Trump that North Korea will ‘annihilate the U.S with our style of nuclear strike warfare’.

The despot leader, 33, applauded alongside military leaders as thousands of troops and tanks filled the streets of the capital on Saturday morning.

At the ceremony, Choe Ryong Hae, addressed the packed square with a characteristically bellicose warning to the United States.

“If the United States wages reckless provocation against us, our revolutionary power will instantly counter with annihilating strike, and we will respond to full-out war with full-out war and to nuclear war with our style of nuclear strike warfare,” he said.

North Korea has vowed to retaliate in a “merciless manner as not to allow the aggressors to survive” against the US and its allies if Washington chose to attack.