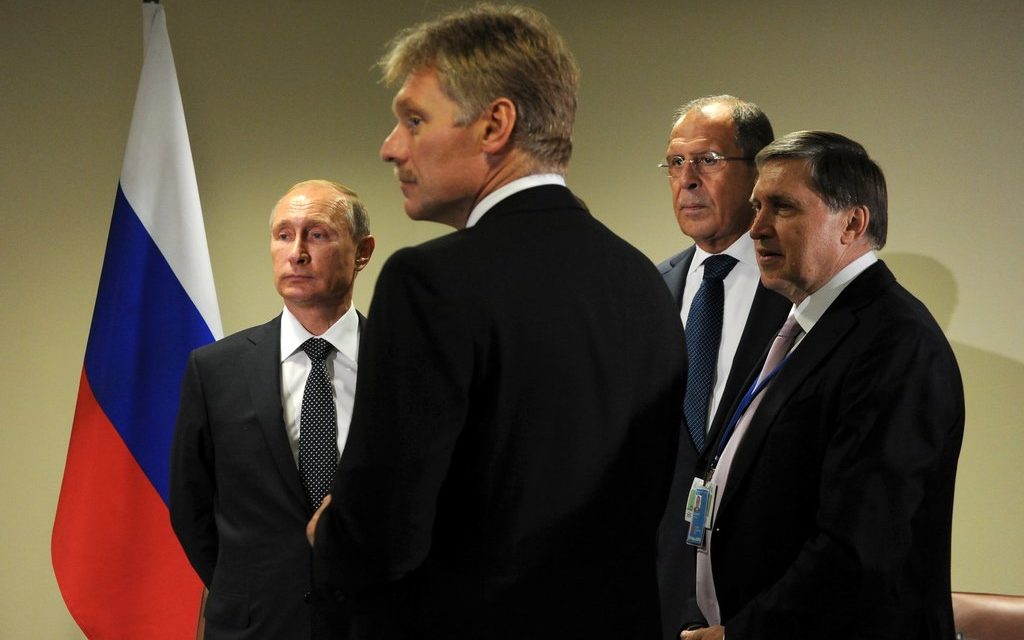 In an interview with CNN’s Fareed Zakaria broadcast on Sunday, Vladimir Putin’s spokesman Dmitry Peskov expressed growing frustration with the inconclusive first two months of relations between Moscow and the Trump administration, which started off with hope for reconciliation and have instead devolved into a perpetuation of the Obama (and Hillary Clinton) imposed status quo.

The election of President Trump, who had spoken approvingly of Putin and called for improved US-Russia relations, had raised hopes in the Kremlin. But Peskov – just like Syria leader Bashar al-Assad yesterday – said there are no signs of progress yet.

“Unfortunately, we don’t have a proper understanding of when this dialogue can begin,” Peskov told Fareed Zakaria (Peskov’s take on the Trump administration begins 14:20 in the video below). “We certainly would expect our contacts to be more frequent, more in depth. We had quite a significant pause in our bilateral relations.” Trump’s early campaign statements had initially led to speculation that the US would drop sanctions imposed on Russia for its interference in Ukraine, however that approach appears to have been indefinitely delayed following recurring allegations of proximity between the Trump campaign and Moscow. Furthermore, quoted by CBS Peskov said that “Russia will never initiate putting this issue on the agenda.”

In an ironic twist, we reported last week that not Trump, but the Clinton-affiliated Podesta Group, run by John Podesta’s brother Tony Podesta, had been retained by Russia’s largest bank Sberbank CIB to “proactively seek the removal of various Obama-era sanctions” according to TASS. That particular story has yet to make US primetime news.

Peskov also said Putin never voiced support for then-presidential candidate Trump. “You would probably recall that President Putin, during election campaign, had never answered directly a question about his candidate of his support. He kept saying that we will respect a choice of American people,” Peskov told Zakaria.

The Kremlin spokesman, however, did concede that Putin preferred Trump over Clinton, saying, “If you ask him whether he had mentioned the then-candidate Donald Trump, I will answer, yes, he had.”

He also suggested that Putin found Clinton hostile toward Russia, while Trump was open to thawing U.S.-Russian relations. “The candidate Hillary Clinton was quite negative about our country in her attitude and in her program, declaring Russia being nearly the main evil in the world and the main threat for the United States,” Peskov said.

“And to the contrary, the other candidate, Donald Trump, was saying that, ‘Yes, we disagree with the Russians … in lots of issues, but we have to talk to them in order to try to find some understanding.’ Whom would you like better? The one who says that Russia is evil or the one who says that, ‘Yes, we disagree, but let’s talk to understand and to try to find some points of agreement?’” he asked.

Touching on a more sensitive subject, Peskov denied any collaboration between the Russian government and President Donald Trump’s campaign, and said the U.S. is humiliating itself with its obsession over Russian meddling.

“The answer is very simple. No,” Peskov told Zakaria when asked about Russians colluding with Trump’s allies last year. “And the fact that Russia is being demonized in that sense comes very strange to us. And we are really sorry about that, because this — the whole situation takes us away from the perspective of getting our relationship to a better condition.”

“We don’t know what’s the reason for these words. We’ve never seen any evidence, and we’ve never heard something trustful,” Peskov said. “What we have seen – an open, a public part – of a report by one of the agencies, special agencies of the United States. And I would humbly say that it’s not a paper of high quality, in terms of being really trustful.”

Peskov also said there is nothing special in the Russian ambassador discussing bilateral ties with some members of Donald Trump’s electoral campaign team.  The Russian ambassador to the US, Sergey Kislyak, talked to Trump campaign team members and future US administration officials “about the bilateral relations and… about what was going on in the United States” to provide Moscow with a better understanding of the situation on the ground, Peskov said.

Peskov also said that the Russian ambassador held conversations with some members of Hillary Clinton’s campaign team. “If you look at some people connected with Hillary Clinton during her campaign, you would probably see that he had lots of meetings of that kind,” he said.

At the same time, he repeated that the Russian envoy has never spoken with any US officials about the electoral process and had no intention to interfere in the 2016 election process: “there were no meetings about elections — electoral process … So if you look at it with intention to demonize Russia, you would probably say that, yes, he was trying to interfere in Hillary’s activities. But it would be nonsense, because this is not true,” Peskov said.

Peskov, who insisted Vladimir Putin’s government has no intentions of interfering in the domestic affairs of another country, said the Kremlin has all of a sudden become a “nightmare” for the U.S.

“We sincerely cannot understand why American people and American politicians started the process of self-humiliation. You’re self-humiliating yourself, saying that a country can intervene in your election process,” he said, adding that it would be “simply impossible” for the Kremlin to easily influence an election of “the most powerful country in the world” with its “very, very stable political traditions.”

For now, however, the very simple logic of that statement has failed to register with a substantial portion of the US population, which continues to pursure the “Russia” link as a basis to delegitimize, and perhaps impeach, Trump in the future.