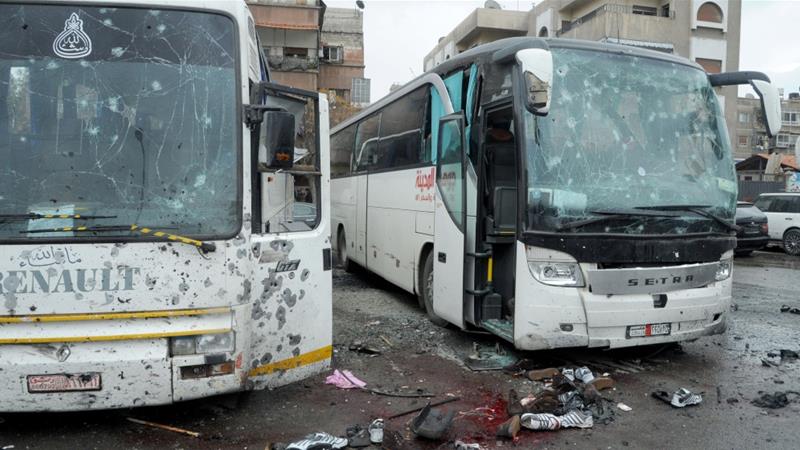 The death toll in a double-suicide bombing in the Old City of Damascus continues to rise today, with the Syrian Observatory for Human Rights now reporting that at least 74 people have died, along with at least 120 wounded, many of them severely so.

The attacks targeted a group of Iraqi Shi’ite pilgrims who were visiting a religiously important cemetery in the area. Al-Qaeda’s Syrian coalition Hay’at Tahrir al-Sham, issued an official statement taking credit for the attacks, though they also claimed the Iraqi pilgrims were “Iranian militias.”

This is one of the bigger al-Qaeda attacks on civilians over the course of the Syrian Civil War. That it was done under the umbrella of the Hay’at Tahrir al-Sham adds US links to the terrorist attack, since the CIA has been armed faction member Nour al-Din al-Zinki for years.

Shi’ite pilgrims have been a popular target for attacks by Islamist factions in Syria and Iraq for years, and while governments have tried to ratchet up security to prevent such large casualty attacks, they’ve largely been unsuccessful in doing so.