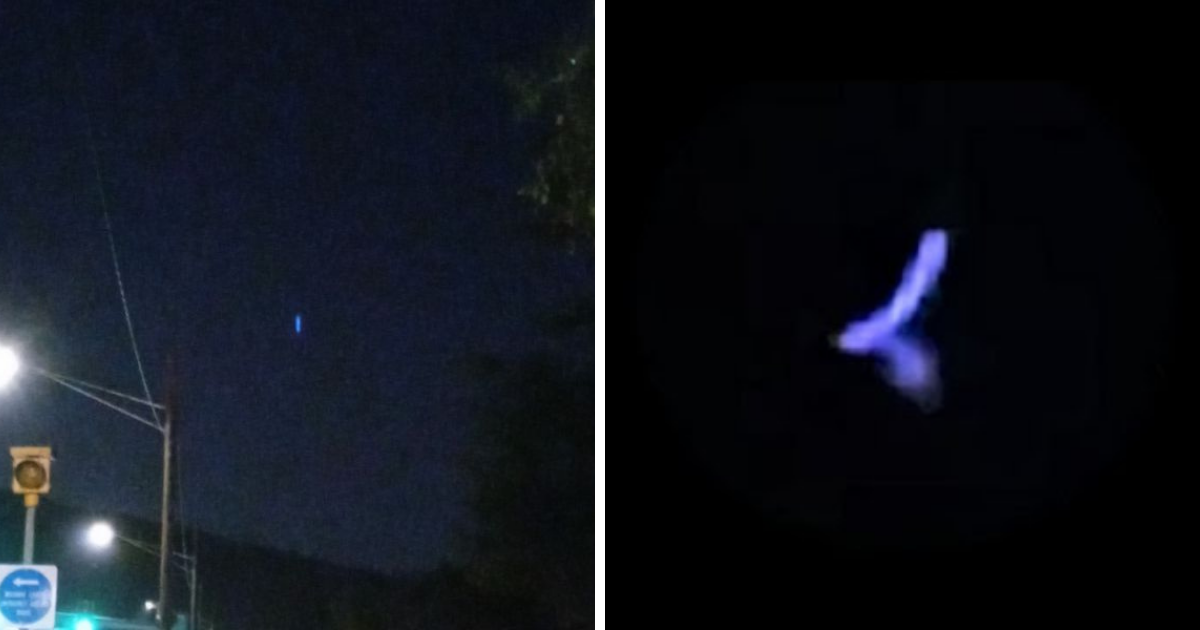 Footage has emerged of an unidentified flying object spotted in the skies over Leeward Oahu, Hawaii, earlier this week.

Hawaii News Now says multiple videos show “what appears to be a glowing‚ oblong mass — both in the sky and in the water.” 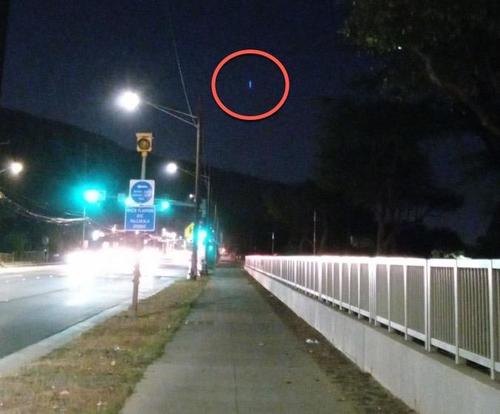 The incident occurred on Tuesday and was immediately reported to law enforcement authorities. Officials from the Federal Aviation Administration were also notified. They said “no aircraft incidents or accidents” were in the region at the time.”

“Something is in the sky. What is that?” a resident said in one video.

Misitina Sape filmed the blue, glowing UFO and told Hawaii News Now the footage was shot in the late evening near Haleakala Avenue in Nanakuli.

“I look up and then I was like oh s***!,” she said. “I started calling my husband and them because they were all in the garage. I was like hey. Come look up there. See if you see what I see. They all said yea!.

“I don’t know what it was. This one was going so fast,” Moriah said.

She was able to follow the flying object for a few miles until – how she put it – the “object appeared to drop into the ocean.”

Moriah can be heard in one video saying, “(It) went land in the water. Whatever it is.”

She told Hawaii News Now that the object appeared to be larger than a telephone pole and made no noise.

“We called 911,” Moriah said, “For have like one cop or somebody for come out and come check em out.”

FAA spokesperson Ian Gregor said the agency was notified of a plane that may have crashed in the area “but had no aircraft disappear off radars. And no reports of overdue or missing aircraft.”

Meanwhile, the latest COVID-19 relief and government funding bill includes a 180-day countdown for the government to reveal what they know about mysterious flying objects.

During the pandemic, sightings of UFOs in the skies over New York City surged on a year over year basis.

Earlier this month, Haim Eshed, former head of Israel’s Defense Ministry’s space directorate, told Israel’s Yediot Aharonot newspaper that aliens exist and have been waiting to show themselves but added they remain secret because “humanity isn’t ready” for the reveal.