As of their latest update, Facebook can read your texts on Android phones 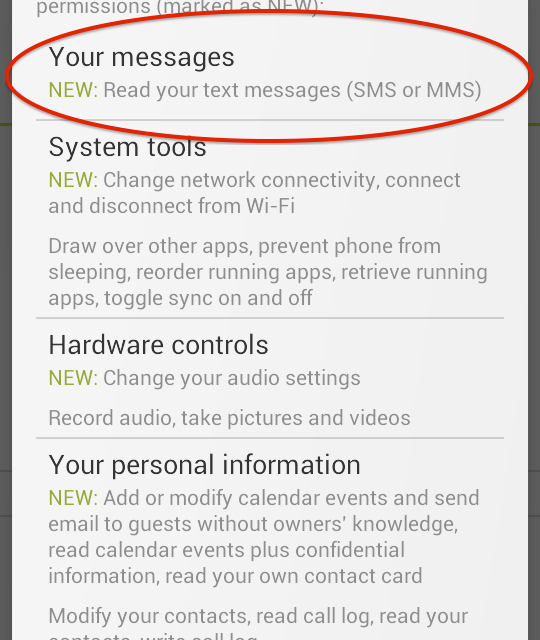 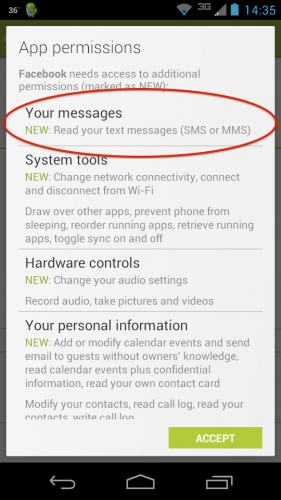 Do you have an Android phone with Facebook installed? Like most people, I blindly clicked “accept” when prompted for new permissions on Facebook’s Android App update today (Jan 27). Something caught my eye, and after I cancelled the update, I look a screenshot. I figured maybe other people might be interested in what they agreed to earlier today if they updated:

This is just one of a bunch of new permissions the app is requesting for this update, but it’s probably the most alarming.

Facebook, like any social media site, makes its money off of targeted advertising. Advertisements for that new Nikon camera, for instance, will sell for more money if only people interested in photography are seeing it. Facebook gathers this information from pretty much everything you feed them – that’s nothing new. But now they’re able to read your text messages. At this point, it’s either stick with the old version, get rid of Facebook on Android, or accept that they’ve got access to every one of your text messages, call log, your personal contact card, the names of whatever other apps you’re using….. :/