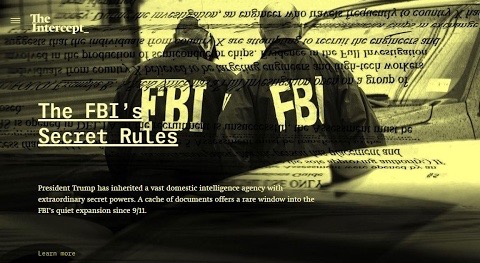 A massive trove of documents was released by The Intercept on Wednesday that gave insight into the Federal Bureau of Investigation’s “secret rules,” a broad scope of powers that detailed everything from surveillance of journalists to treatment of informants.

As a government institution that is financed by American taxpayers, one might think that the FBI would be more public with its actions. However, the latest FBI files—which are classified—paint a picture of an overreaching agency that has no accountability.

Investigative Journalist Glenn Greenwald noted that these revelations carry a particularly significant weight given the latest election, and the new president:

“It shines a bright light on the vast powers of this law enforcement agency, particularly when it comes to its ability to monitor dissent and carry out a domestic war on terror, at the beginning of an era highly likely to be marked by vociferous protest and reactionary state repression.”

What do you think about these revelations? Let us know in the comments!