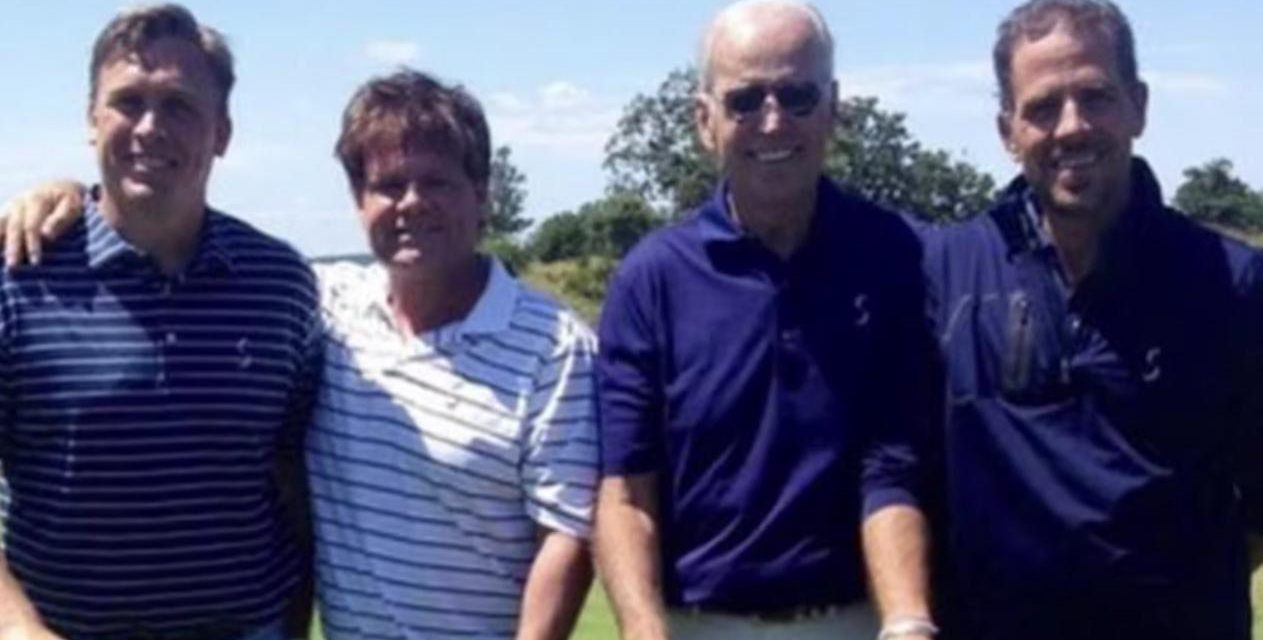 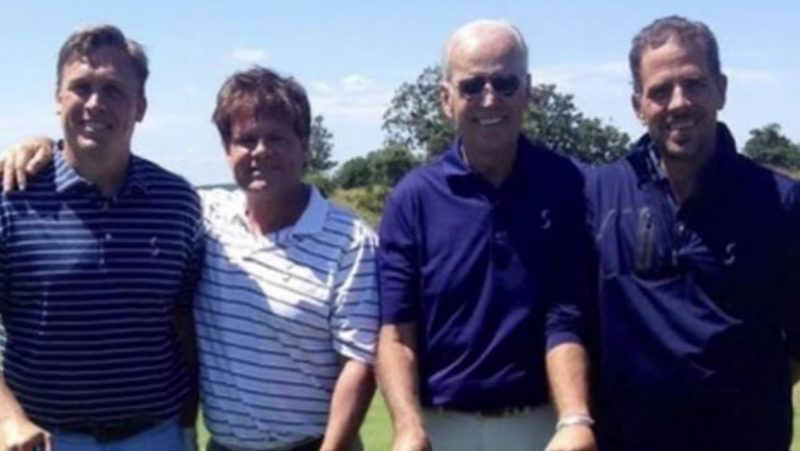 The newly leaked records show 45 payments between November 2014 and November 2015 totaling $3.5 million, mostly in increments of $83,333.33. The payments correspond to Morgan Stanley bank records the New York Times reported on earlier this year. The records were submitted as evidence in a case against Archer who was convicted in a scheme to defraud pension funds and an Indian tribe of tens of millions of dollars. Archer’s conviction was overturned in November by a judge who felt that he may not have willingly participated in the scheme. 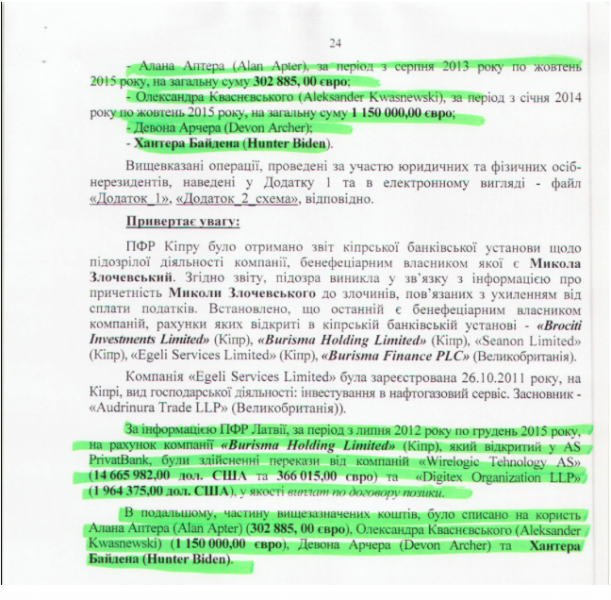 Looking through the Rosemont Seneca Bohai bank records reveals that it was essentially a slush fund used for payments to Biden, expensive toys, an investment in the ill-fated Indian tribe scheme, and other miscellaneous expenses. 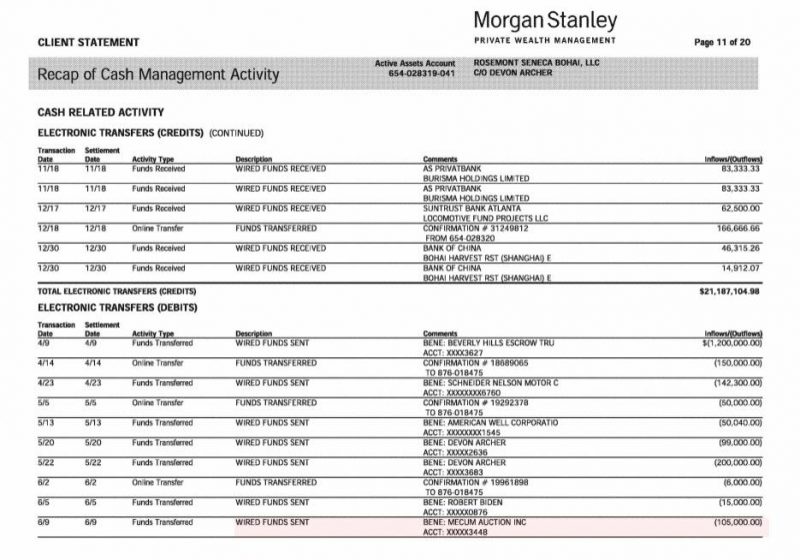 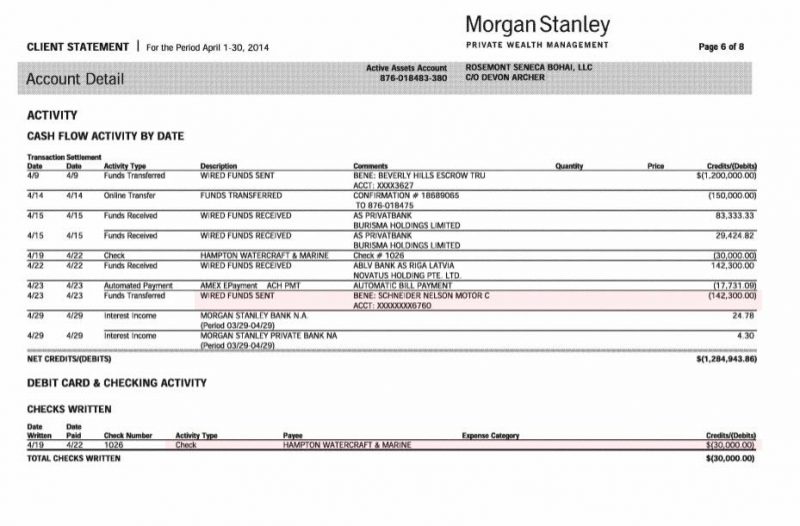 On September 25, 2014 a wire of $15,000,000 was received from Florida attorney, Clifford A Wolff. It was subsequently used to buy a $15 million bond from Wakpamni Town Center – the scheme linked to Archer’s overturned conviction. 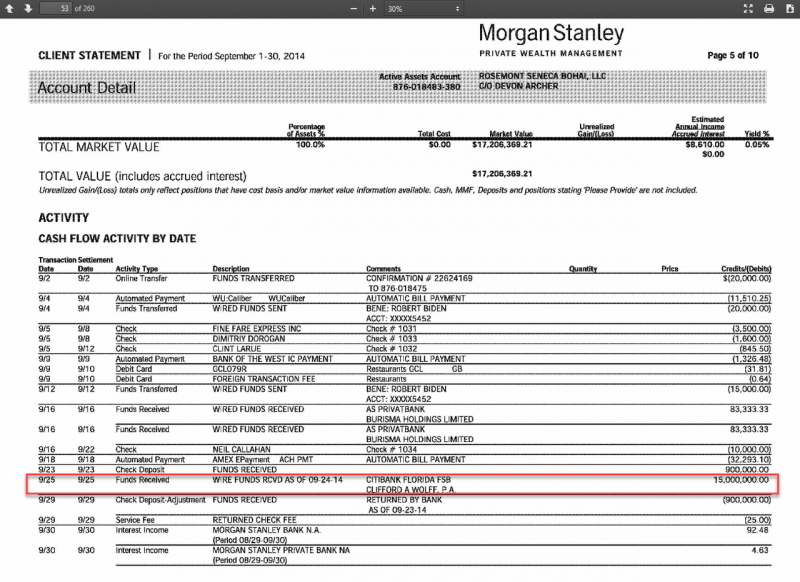 It is unclear why Rosemont Seneca had so much skin in the game. Via the Wall Street Journal:

Hunter Biden’s work in Ukraine and China has attracted criticism from President Trump and other Republicans. In an unrelated fraud case from last year, his name was invoked as a selling point in transactions that turned out to be fraudulent, although Mr. Biden‘s lawyer said his client knew nothing about it.

The case involved a $60 million securities fraud based on bonds issued by an economic-development company affiliated with a Native American tribe in South Dakota, according to prosecutors’ statements in a federal trial in Manhattan last year.

The proceeds were supposed to be used to build a distribution center and other projects, but were instead diverted for the personal use of Jason Galanis, prosecutors said prosecutors said, describing him as the scheme’s ringleader. Mr. Galanis and others also sought to use the bonds to advance a strategy that involved buying up financial firms to merge them into a larger one called Burnham Financial Group, in a deal called a “roll up,” according to prosecutors.

You can flip through the rest of Rosemont’s bank statements below: