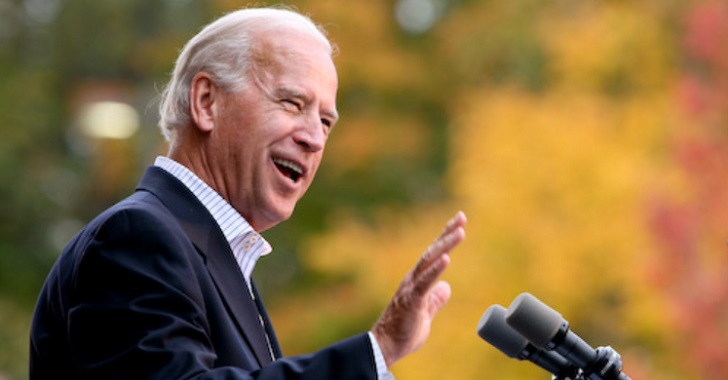 Critics of former Vice President Joe Biden attacked remarks made by the Democrat Saturday in Las Vegas that appeared to endorse the long-discredited myth that marijuana is a gateway drug.

Biden, one of the top contenders for the 2020 Democratic presidential nomination, made the comments at a town hall in Las Vegas.

“The truth of the matter is, there’s not nearly been enough evidence that has been acquired as to whether or not it is a gateway drug,” said Biden, who added he’d want to know more about the science before committing to full legalization of the plant.

“The gateway drug thing is just not a serious opinion in 2019,” tweeted The Atlantic‘s Adam Serwer.

The gateway drug thing is just not a serious opinion in 2019. https://t.co/sMEAe23uo5

Research since at least 2002 has disproven the longstanding myth that marijuana is a gateway to other drugs.

“It is not a question anymore,” said attorney Scott Hechinger, who added that the cost of incarceration is well known.

There are actual studies. It is not a question anymore. Marijuana is not a “gateway drug.” But the impact of criminalization *is* known. It drives broken windows policing & devastates Black & brown communities. https://t.co/27sHzudQ9H

As The Washington Post reported, Biden’s remarks Saturday are in step with his decades-long career in Washington as a senator from Delaware:

Throughout most of his legislative career, Biden championed tough criminal penalties for possession, including in the 1994 crime bill, which many critics have since linked to a rapid rise in mass incarceration and mass policing. Biden, who oversaw the Senate Judiciary Committee at the time, was one of the bill’s key authors, so much so that he later took to calling it the “1994 Biden Crime Bill.”

Even as he’s shifted his stance on harsh penalties for nonviolent drug crimes, Biden has a long record of skepticism toward full marijuana legalization.

“Finger firmly on the pulse of 1994,” author A. R. Moxon tweeted wryly of Biden.

By contrast, Biden’s top-tier opponents in the 2020 primary Sens. Bernie Sanders (I-Vt.) and Elizabeth Warren (D-Mass.), as well as candidate Sen. Cory Booker (D-N.J.), have advocated for legalization of marijuana at the federal level.

“Too many lives were ruined due to the disastrous criminalization of marijuana,” Sanders said on October 24 upon release of his plan.

A Thursday poll from Pew Research showed that 78% of Democrats believe marijuana should be legalized. Two-thirds of all Americans support legalization.