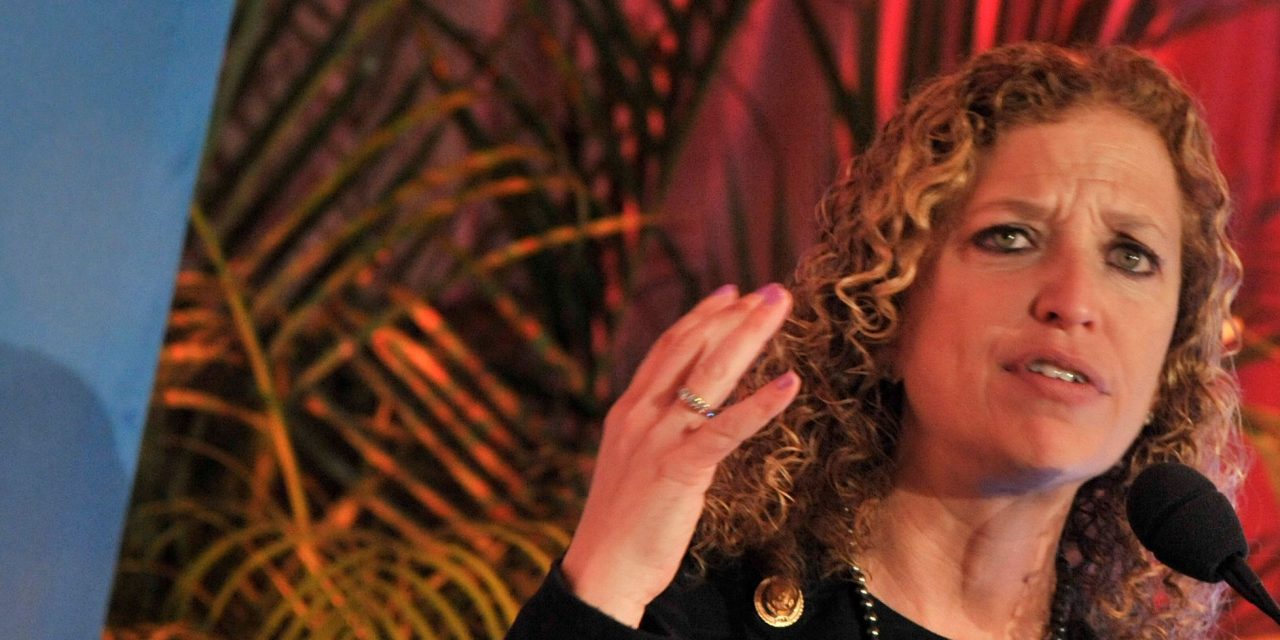 Several emails appear to corroborate Sanders’s previous claims that DNC Chairwoman Debbie Wasserman Schutlz – who was co-chair of Clinton’s presidential campaign in 2008 – and other high-ranking members were tipping the scales. In a May email, a communications official wrote to Luis Miranda, the committee’s communications director, with an idea after a Sanders staff member illicitly accessed the Clinton team’s donor information via a software error.

“Wondering if there’s a good Bernie narrative for a story, which is that Bernie never ever had his act together, that his campaign was a mess,” read the email.

That breach led to the DNC banning the Sanders campaign from accessing its important voter database, leading Sanders to file a lawsuit that he eventually dropped.

In an email regarding Sanders’s demand that Wasserman Schultz step down from her role, the DNC chair wrote: “This is a silly story. He isn’t going to be president.”

In another email, Wasserman Schultz said of Sanders: “Spoken like someone who has never been a member of the Democratic Party and has no understanding of what we do.” Sanders is an independent but ran as a Democrat after years of caucusing with Democrats. One email that has drawn particular attention among Sanders supporters is one in which Wasserman Schultz responded to an article about MSNBC host Mika Brzezinski saying the chairwoman should step down.

“This has been very poorly handled from the start. It has been unfair, and they haven’t taken him seriously, and it starts, quite frankly, with the person that we just heard speaking,” Brzezinski said on air of Wasserman Scultz.

“This is the LAST STRAW”, Wasserman Schultz wrote to Miranda, demanding that the communications director call MSNBC President Phil Griffin. “This is outrageous. She needs to apologize.”

Wasserman Schultz then wrote to Chuck Todd, moderator of NBC‘s Meet the Press that “Chuck, this must stop. . . I would like to discuss this with you today.”

When Miranda told Wasserman Schultz that Brzezinski was willing to talk, the chairwoman declined. “She’s already served as a judge and jury without even bothering to talk to me,” she wrote. “Not sure why I should trust having a conversation with her would make any difference. Or that she even matters, to be frank.”

In another case of contact between the press and the committee, influential Politicoreporter Kenneth Vogel sent an advance copy of an article to DNC national press secretary Mark Paustenbach.

“Vogel gave me his story ahead of time/before it goes to his editors as long as I didn’t share it,” Paustenbach wrote to Miranda.”Let me know if you see anything that’s missing and I’ll push back.” Timoth A. Clary (AFP/File)
“Hillary Clinton won the Democratic primary in the state of California, US networks reported”

Another email that has raised eyebrows is one from DNC CFO Brad Marshall.

“It might may no difference, but for KY and WVA can we get someone to ask his belief,” wrote Marshall, apparently speaking of Sanders although not referring to him by name. “Does he believe in a God. He had skated on saying he has a Jewish heritage. I think I read he is an atheist. This could make several points difference with my peeps. My Southern Baptist peeps would draw a big difference between a Jew and an atheist.”

The leak also showed that the DNC saw Sanders’s goal of pushing the party to veer left on the Israeli-Palestinian conflict as a way to undermine his campaign.

“The Israel stuff is disturbing,” Wasserman Schultz wrote to Miranda. Miranda wrote that Hillary for America, Clinton’s campaign, “see it as an ideal issue to marginalize Bernie on.”

When Sanders and Clinton held a debate in New York, Clinton accused Sanders of failing to provide a solution for stalled negotiations between the Israelis and Palestinians, highlighting her experience in the Middle East peace process as Secretary of State in the Obama administration.

“Describing the problem is a lot easier than trying to solve it,” she said.

Another email provided a tantalizing idea for the more conspiracy-minded. When Sanders supporters in Alaska set up an event to “counter” an appearance by Wasserman Schultz, Miranda suggested that Alaska Democratic Party executive director Kay Brown could get information about the event. “There’s no way Kay doesn’t have someone who can get her intel. We need to push them,” Miranda wrote.

“Kay told me she has friends inside the Bernie organization there who may be able to provide some more information,” DNC staffer Kate Houghton replied.

We Are Change Store