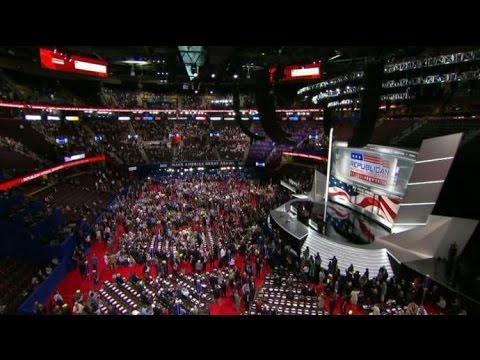 In this video Luke Rudkowski talks to investigative journalist Wayne Madsen about the political geopolitical landscape after the RNC.

“I think Cruz basically if he thought he would come here to try to peal away supporters for a potential 2020 presidential run i think he shot himself in the foot. He’s obviously not a very good student of history they say he’s a very good student of the constitution. But anyone who’s aware of recent Republican politics knows that in 1964 when Barry Goldwater got the nomination and seized the party away from insiders the fact that Nelson Rockefeller and George Romney did not endorse him. That cost them the nomination in 1968 when the Republicans went to Richard Nixon. Even Cruz delegates saw what he did.”

Luke then asked Wayne Madsen what his out look on a possible World War is if Hillary
becomes president.

Wayne responded “If Hillary’s in there no fly zone, confronting Russian planes yes a war could take place and we know with her pathological response to Qaddafi’s death when she said we came we saw he died. This woman is a war monger there is a very good chance she could get us into a war.”

Luke then asked Wayne Madsen how he sees the international court of justice ruling on the South China Sea dispute playing out especially in an election year and Russia’s opinion about Hillary and Trump.

“Well you know when im reminded about the Hague and the international court of justice ruling im reminded about the quote that Joseph Stalin said at Yalta during the big three conference when Winston Churchill said “what about the pope.” and Joseph Stalin said how many divisions does he have? Well how many divisions does the International Court Of Justice have? China’s a major military major economic power. As far as Putin and President Xi Jinping of China, are looking at Trump and saying look here’s probably a guy we can deal with better then Hillary Clinton. As far as big power politics are concerned yet we hear the Nato Secretary General Stulten Berg decrying Donald Trump and his policy, we see Federica Mogherini the EU foreign minister decrying what Trump says. Id like to point out that these two people weren’t elected. These two are part of the global elite, and i think Stulten Berg and Federica Mogherini should just be ignored.”
~Wayne Madsen

Luke ended his interview with Wayne Madsen asking him what he thought about Trumps policies and what are some of the good things that stuck out to him and some of the bad things?

“Well i think Trump on the free trade issues has hit a nerve especially with people here in Cleveland he’s getting a lot of support here in Ohio. The idea that he’s against all these neo con wars is another plus. Where i am not so certain is issues like privatizing the VA, you know is that like getting 10% off on your medical day bill on veterans day? I mean that’s what privatization means i mean he’s got to rethink that because he’s going to lose a lot of veteran’s support in states like Ohio and Pennsylvania where there is a huge veterans community.”
~Wayne Madsen

Stay tuned to we are change for more interviews by Luke and our other corespondents and thank you for choosing we are change. Were not corporate whore’s so donate if you can to keep us going.

We Are Change Store