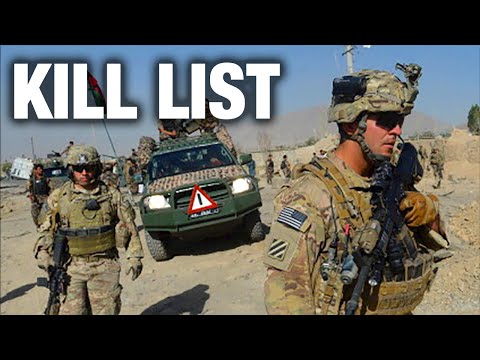 “Drawing information from top secret documents spirited away by former NSA analyst Edward Snowden, Der Spiegel reports that the “kill list” used by NATO forces in Afghanistan included low-ranking members of the Taliban along with drug dealers suspected of supporting them.As the war in Afghanistan draws to a close after 13 years, new information is becoming available describing NATO conduct in the war-torn nation. According to the newly released documents, NATO maintained an extensive list — including up to 750 names at times – of Afghans (found here) slated for death, including mid- and lower-level Taliban operatives along with drug dealers who allegedly supported the insurgents.

Drawing on field reports and internal documents, Der Spiegel documents an attempted attack on a Taliban member named Mullah Niaz Mohammed — nicknamed “Doody” in reports — in 2011 that instead resulted in the death of a nearby child, while critically injuring the child’s father.”* The Young Turks host Cenk Uygur breaks it down.