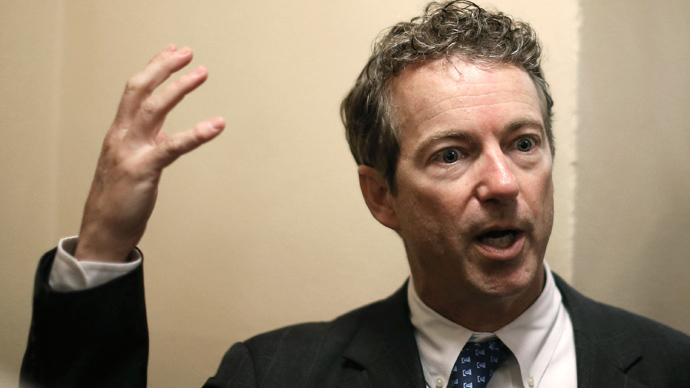 Former National Security Adviser Susan Rice is denying that the Obama administration abused intelligence surveillance for political purposes, but Senator Rand Paul is now calling for a full investigation and for her to testify under oath.

On Sunday, it was revealed by author and journalist Mike Cernovich that Rice was behind the unmasking of members of the Trump campaign prior to the election.

“It is becoming clear that Rice ‘unmasked’ US citizens, including the Trump campaign and others. She is a White House political employee and we need to get to the bottom of who she did this to, why, and who else knew about it. She needs to be under full investigation and testify under oath,” Paul’s chief strategist, Doug Stafford, told Sputnik News.

When asked whether he believes Rice’s claim that the Obama administration did not abuse intelligence surveillance for political purposes, Stafford simply replied, “no.”

Paul also asserted on Monday that he believes that what the intelligence community did could be considered wiretapping – as President Donald Trump infamously alleged.

“I think she ought to testify under oath on this. I think she should be asked under oath, did she reveal it to The Washington Post,” Paul told the Hill. “I think they were illegally basically using an espionage tool to eavesdrop or wiretap – if you want to use the word generally – on the Trump campaign.”

The Kentucky senator also asserted that these revelations are further proof that the controversial Foreign Intelligence Surveillance Act (FISA) needs to be reformed.

Meanwhile, Rice made her first comments since the explosive reports in an interview with MSNBC’s Andrea Mitchell.

“The allegation is that somehow, Obama administration officials utilized intelligence for political purposes,” Rice asserted. “That’s absolutely false. Let me explain how this works. I was the national security adviser. My job is to protect the American people and the security of our country. That’s the same as the secretary of state, the secretary of defense, the CIA director.”

Rice also denied any involvement in leaking information that was contained in the unmasked phone calls to the media. Many have noted that she is married to ABC News Executive Producer Ian Cameron, however.

“I leaked nothing to nobody,” Rice said, laughing, “and never have and never would.”

Appearing on PBS Newshour in March, Rice was asked about Trump and his team being caught up in incidental intelligence collection, and she denied having any knowledge of it even happening.

“I know nothing about this,” Rice said. “I was surprised to see reports from Chairman Nunes on that account today.”