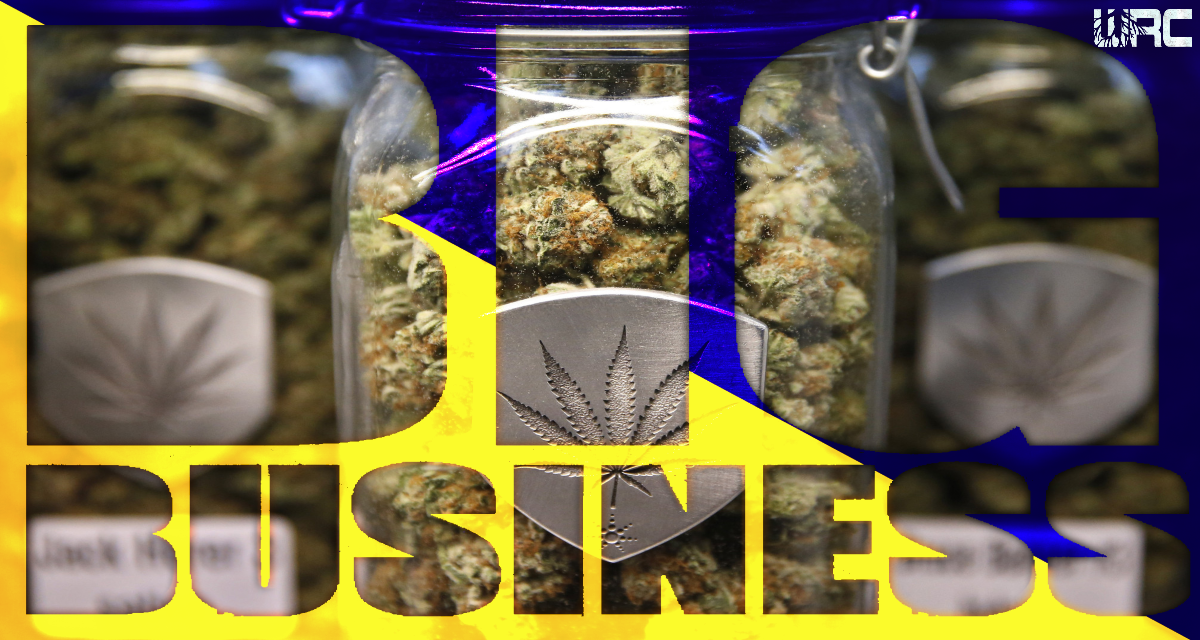 Legal marijuana sales are experiencing explosive growth in the United States, and are expected to top $7 billion this year.

The drug is now legal in some form in more than half of all U.S. states after ballot initiatives passed in several parts of the country in November elections.

The increasing availability of legal marijuana is spawning a host of industries designed to support the cannabis sector.

At this tech company in Fort Lauderdale, programmers have reason for optimism. Patrick Vo runs BioTrackTHC which is set to benefit from moves to legalize marijuana. Vo’s company develops computer programs to help retailers and the government keep tabs on sales.

But with annual legal marijuana sales expected to top $22 billion by 2020, BioTrackTHC is capitalizing on strict state-level rules requiring cannabis plants to be accounted for from seed to sale.

While some pot-related technology companies are helping the marijuana industry meet its legal obligations, others are reaching out to marijuana users themselves.

Darren Roberts and Kenny Frisman came up with an idea for a social media platform called HighThere! which they describe as a “Tinder for tokers.” Their app connects some 400,000 marijuana users in about 15 countries.

“People connect in a comfortable environment where the stigma that, at times, comes with the cannabis consumer is sort of lifted,” Darren Roberts Co-founder, HighThere! said.

The cannabis industry is also keeping a watchful eye on how the incoming Trump administration will treat marijuana which remains illegal under federal law.

But with legal cannabis sales expected to increase 26 percent this year, budding marijuana tech entrepreneurs say they’re confident, at least for now, that their plans won’t go up in smoke. This article (Legal Marijuana Creates Hundreds of New Hi-Tech Businesses) is free and open source. You have permission to republish this article under a Creative Commons license with attribution to Steve Mort and CCTV-AMERICA. If you find any grammatical mistakes or factual errors in this article please email them to Danny@wearechange.org