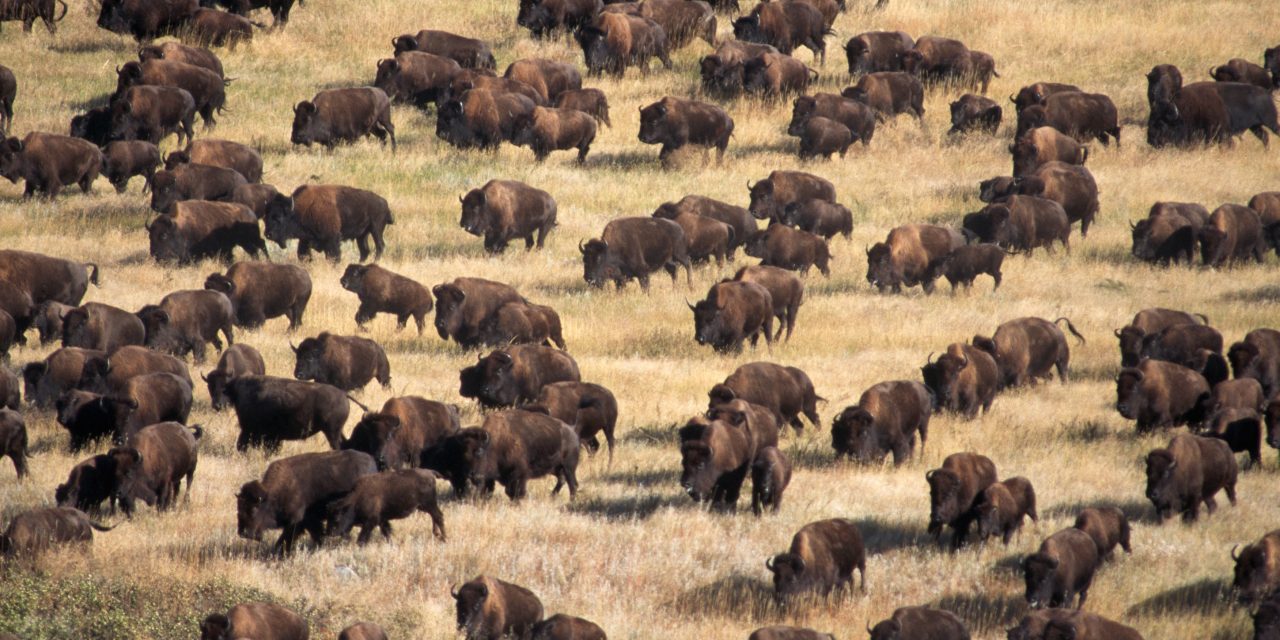 I have noticed in my life that all men have a liking for some special animal, tree, plant, or spot of earth. If men would pay more attention to these preferences and seek what is best in order to make themselves worthy of that toward which they are so attracted, they might have dreams that would purify their lives. Let a man decide upon his favorite animal and make a study of it, learning its innocent ways. Let him learn to understand its sounds and motions. The animals want to communicate with man, but the Great Father does not intend they shall do so directly, man must do the greater part in securing an understanding.

The Tatanka Oyate were called upon and gave us courage. Pilamiya Maske for your vision. Stay strong Water Protectors!

The great bison or buffalo of North America is a very powerful symbol to American Indians. Though best suited to cooler climates, bison roamed virtually in entire continent.

The smaller woodlands bison and its bigger cousin, the plains bison were revered and honored in ceremony and every day life. To the plains Indian, our Bison Brother meant sacred life and the abundance of the Creator’s blessing on Mother Earth.

The bison is powerful medicine that is a symbol of sacrifice and service to the community. The bison people agreed to give their lives so the American Indian could have food, shelter and clothing.

The bison is also a symbol of gratitude and honor as it is happy to accept its meager existence as it stands proud against the winds of adversity.

The bison represents abundance of the Creator’s bounty and respect for all creation knowing that all things are sacred. 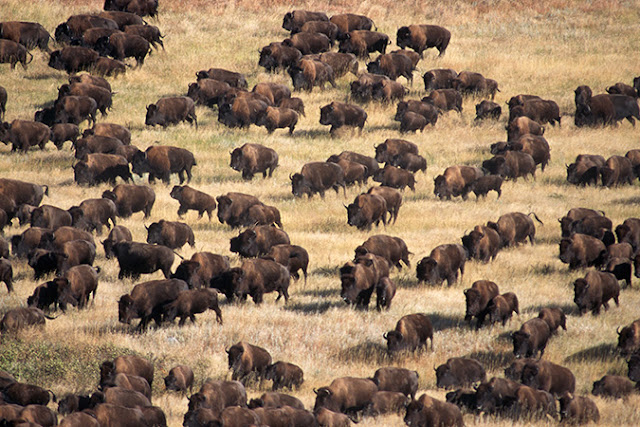 The chairman of the Standing Rock Sioux Tribe criticized law enforcement’s “militarized” response to the camp and called for demonstrations to remain peaceful, but stressed that activists would not give up their cause.

“Militarized law enforcement agencies moved in on water protectors with tanks and riot gear today. We continue to pray for peace,” Dave Archambault II said in a statement Thursday evening.

“We won’t step down from this fight,” he added. “As peoples of this earth, we all need water. This is about our water, our rights, and our dignity as human beings.”