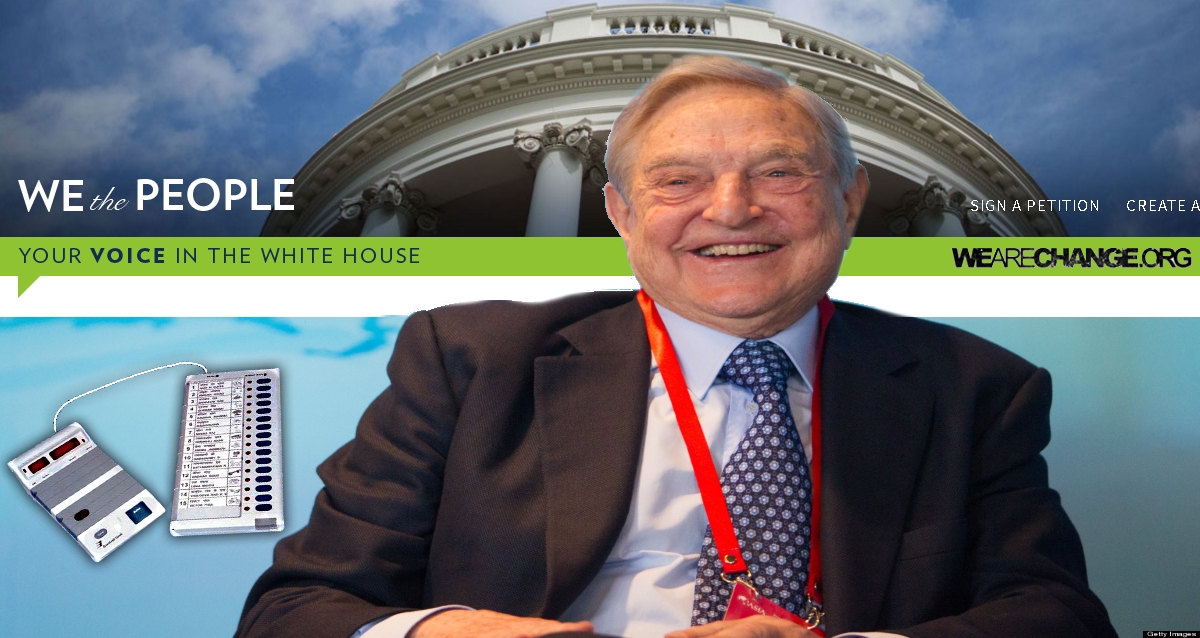 The White House website features a petition to remove thousands of voting machines supposedly tied to billionaire Democrat George Soros from 16 states. The petition reached well over 100,000 signatures as of Friday night.

The petition’s supporters want to make sure Congress convenes to ban those machines by November.

Lifezette first reported that the machines could be linked to Soros, by asserting the man that owns that sold the machines serves the board of the Open Societies Foundation, a board led by Soros.

“This man has been linked to a person’s campaign who is running in the election and has a clear bias to one candidate. His ownership of voting machines in 16 states is a clear breach of integrity of our electoral system,” the petition states.

The machines were tied to Soros by The Epoch Times, which  reported the company that sold the machines is owned by a Soros ally.

Business Insider reported Tuesday, that notions of Soros controlling the machines is false, because Soros doesn’t have a controlling interest in the company that sold the machines, claiming that the 16 states to purchase the machines don’t plan to use them in the 2016 general election.

This amount of signatures make it clear that a large amount of people have a lot distrust in the current election system.

WE THE PEOPLE ASK THE FEDERAL GOVERNMENT TO CALL ON CONGRESS TO ACT ON AN ISSUE: