This Is Libya Now Thanks To U.S. And U.K. Overthrow Of Gaddafi 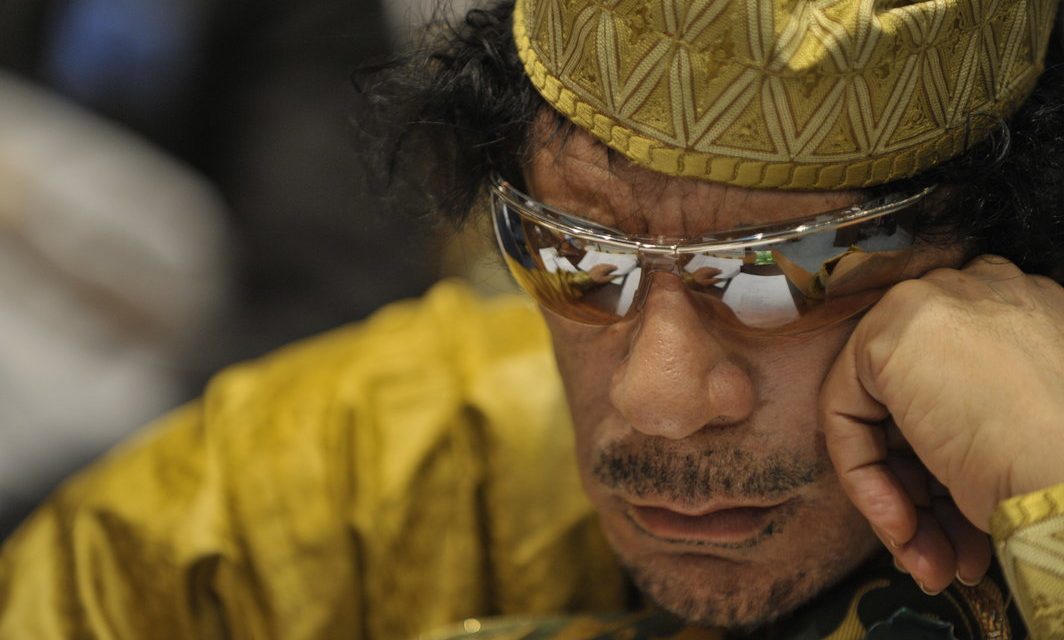 This Is Libya Now

According to UNICEF, women and children fleeing Libya for Europe are being beaten, raped, and starved in “living hellholes” in Libya, as reported by the Guardian.

Children are reportedly being sexually abused, forced into prostitution, and held for ransom for months in squalid, overcrowded detention centers.

UNICEF believes unofficial detention centers controlled by armed militias have been hijacked as lucrative business opportunities that profit from trafficking. A “snapshot” survey of 122 women conducted by a UNICEF partner found that a growing number of teenage girls have been forced by smugglers to be dosed with Depo-Provera contraceptives so they can be raped without becoming pregnant.

One boy held in a Libyan detention center reportedly told the UNICEF partner that “they treat us like chickens. They beat us, they do not give us good water and good food. They harass us. So many people are dying here, dying from disease, freezing to death.”

Former actor-turned-documentarian Ross Kemp went to Libya to see the situation for himself. As Kemp notes:

“Come the spring, thousands of migrants and refugees fleeing poverty and violence will die in Libya, but I doubt you’ll hear much about it. Compassion fatigue has set in. The numbers have become too big to comprehend. It’s an old story; we feel numbed by the now familiar news images of men huddled together on boats. Maybe it’s because they’re African and have been written off as ‘undeserving economic migrants.’”

Kemp saw firsthand the types of conditions that UNICEF has now confirmed through its own investigations. For example, Kemp says:

“In one center for women in the coastal town of Surman I met Aisha, a young Nigerian. She was bleeding to death after giving birth to her baby girl on the toilet floor. The child died three days later. Since coming home we have tried but been unable to find out what has happened to Aisha. I fear the worst.”

“Even in the worst refugee camps in the world there is often food, medical facilities and aid workers to offer support. In the Libyan detention centers, migrants are locked up and left to rot. It’s a humanitarian disaster with barely any humanitarian organizations there to help. For tens of thousands of migrants in the country at the moment, they have no means of escape. Libya doesn’t want them, Europe doesn’t want them, and even their own countries don’t want them.”

The issue with the lack of compassion towards migrants and refugees, particularly from British and American citizens, is that it ignores the hand the U.S. and U.K. air forces played in bringing about the destruction of Libya. As Kemp astutely points out:

“We have a heightened responsibility towards Libya because of the role Britain played in bringing down Muammar Gaddafi’s dictatorship with no strategy for what was to come next. In the five and a half years since his death, lawlessness and anarchy have created the perfect conditions for people smuggling to thrive.” [emphasis added]

According to the U.N. Human Development Index, Libya had the highest standard of living out of any country in Africa in 2010, a year before the country was besieged with war. The North African nation also famously had state-funded healthcare and education and was completely debt-free. This all changed following NATO’s intervention in 2011, at which point the country plunged into absolute chaos. As of 2015, UNICEF reported that there are two million Libyan children out of school. The country dropped at least 27 places on the U.N. Human Development Index ratings in that year, alone.

Barack Obama previously stated that the biggest regret of his presidency was the “aftermath” of Libya and the failure to provide stability following Gaddafi’s downfall. In reality, that is the school-time equivalent of the class bully beating up a fellow pupil half to death, only for the bully to say he or she regretted not providing psychiatric or medical care for the pupil afterward. The above statistics paint a very grim picture as to the necessity of such a violent assault on Libya in the first place given the fact the country was functioning well, in addition to the fact that the rebels who sought to overthrow Gaddafi were heavily affiliated with al-Qaeda.