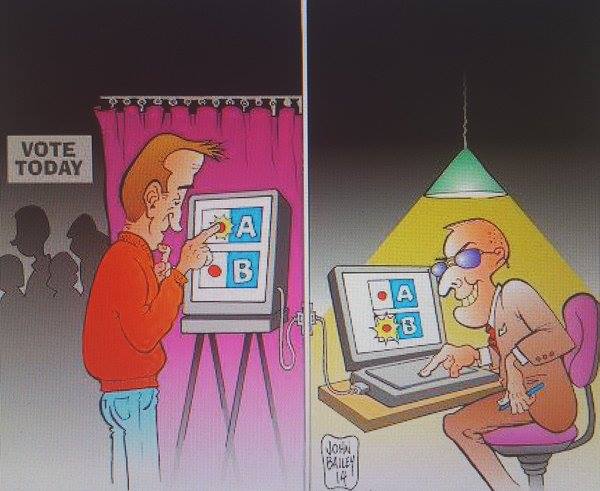 We will be keeping track of all election anomalies, poll rigging, blocking of the polls, and other shady voting fraud tricks throughout the day — to document anyone trying to rig the election.

To make this easy to read and to inform you the voter we will break this down into sections by state in alphabetical order.

We did this in August for the Democratic primary – and the list of fraud was HUGE. Today, James O`Keefe and crew are out there. Want to become famous? Try and rig the election – we dare you.

If you have a tip regarding any type of voter fraud or electioneering you can email An0nKn0wledge@protonmail.ch or Andrew@wearechange.org. Remember, Edward Snowden showed how easy it is to HACK into a US voting machine with a £24 memory card.

Voting Machine “Irregularities” Reported in Utah, Tennessee, Pennsylvania, & North Carolina Thanks to our friends at Zerohedge.

12:16 P.M. –  The first state on the board is Pennsylvania. Scroll down to see the outrageous video.

5:00 P.M. – More reports of fraud in Pennsylvania. Scroll down to Pennsylvania section for details.

5:55 P.M. – Reports Of Election Machine Outages and Delays in Colorado.

8:00 P.M – Glitch reported in California has some voters worried in North Highlands 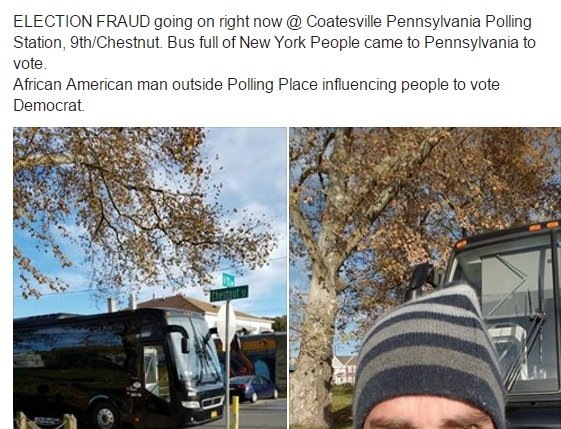 In Philadelphia tailing a pastor's bus that's bussing people to the polls. #VeritasIsEverywhere & we will catch your #VoterFraud. @PhillyGOP pic.twitter.com/FY9UPOQolp