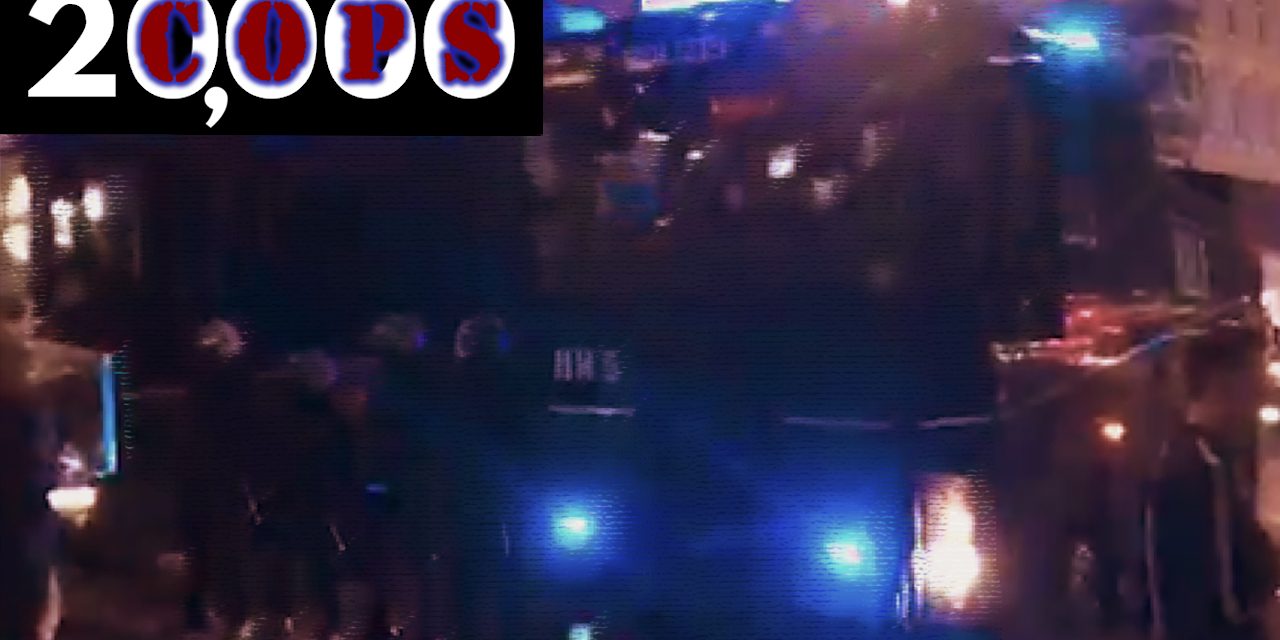 Luke reported live this afternoon from Hamburg Germany where protests are occurring, over the 2017 G20 meeting. The G20 meeting is where the heads of nineteen different countries plus the European Union, supposedly get together to discuss “policy issues regarding international financial stability.” The meeting begins officially on Friday and ends Saturday.

Luke is near the protests along with other alternative media including Tim Poole and Lauren Southern.

Luke reports that the police are expecting upwards of 100,000 protesters with as many as 8,000 violent ones to occupy the cramped streets of Hamburg. Currently, they number somewhere between 10,000 and 25,000. To counter the protestors and provide security over 20,000 police have been brought into Hamburg. Most of the protestors are from the left-wing side of the political spectrum. 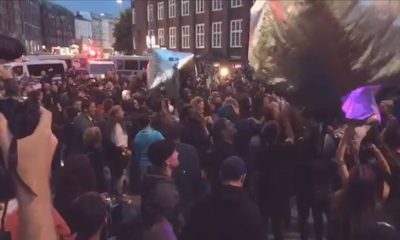 Luke says, “Hamburg is a major city here in Germany, it’s a very dense city, that has been impoverished, it’s a city with a very large protest movement. It has a long history of anti-establishment protests.” He finds it interesting that they chose this place, with all of its problems, to have the meeting. 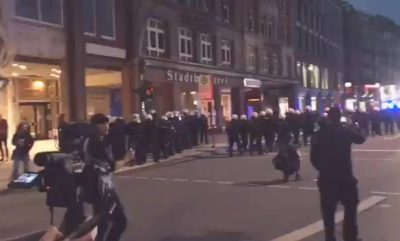 Luke mentions that the current demonstrators are part of a legal protest march that is wrapping up.  They demonstrated around several miles of the city.

Camps have been set up by the protestors, many of them in local public parks, with one, recently having been dismantled by the police. 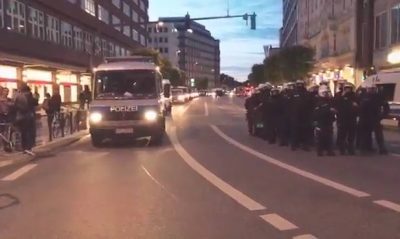 Things are currently calm although there are some demonstrations. The police are expecting an uptick in the number of demonstrators in the coming day.

The German police have reportedly seized some items in recent days from protestors, including Molotov cocktails, incendiary devices, knives, and weapons. 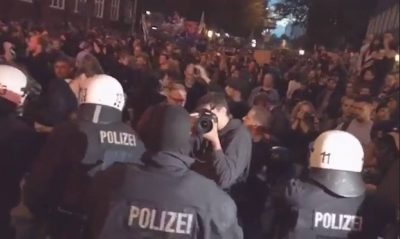 Police have several of large vehicles equipped with water cannons nearby and another smaller armored vehicle that appears to have a snowplow on the front of it.

The German government has cordoned off the area where the meeting is taking place and are blocking streets with police vehicles and riot squads. 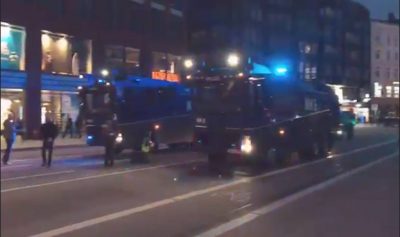 A brief discussion ensues about how censorship is occurring on social media, how all of these rules are backfiring and hurting everyone. Free speech needs to be free, once you start making rules, everyone’s free speech is at risk. 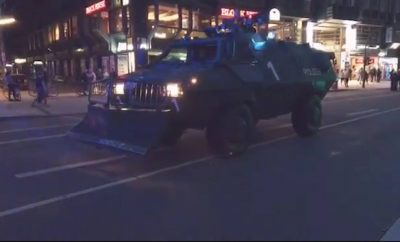 Trump is expected to arrive on Friday where he will be meeting with Vladimir Putin for the first time, along with many others. It’s expected that the Saudi King will not be attending but has instead sent his former finance minister to the meeting. This may be related to the recent dispute with Qatar.

We are thinking of driving to Poland tonight to see what is happening there as Donald Trump has just landed for a meeting. Trump will be meeting with Polish President Andrzej Duda and attending a roundtable for the Three Seas Initiative, focusing on infrastructure development and energy security. Trump is expected to make a “major speech.”

Thank you for supporting us and your donations allow me to report from all over the world, and to get the stories that matter. Please consider supporting us by donating through patreon.com/wearechange