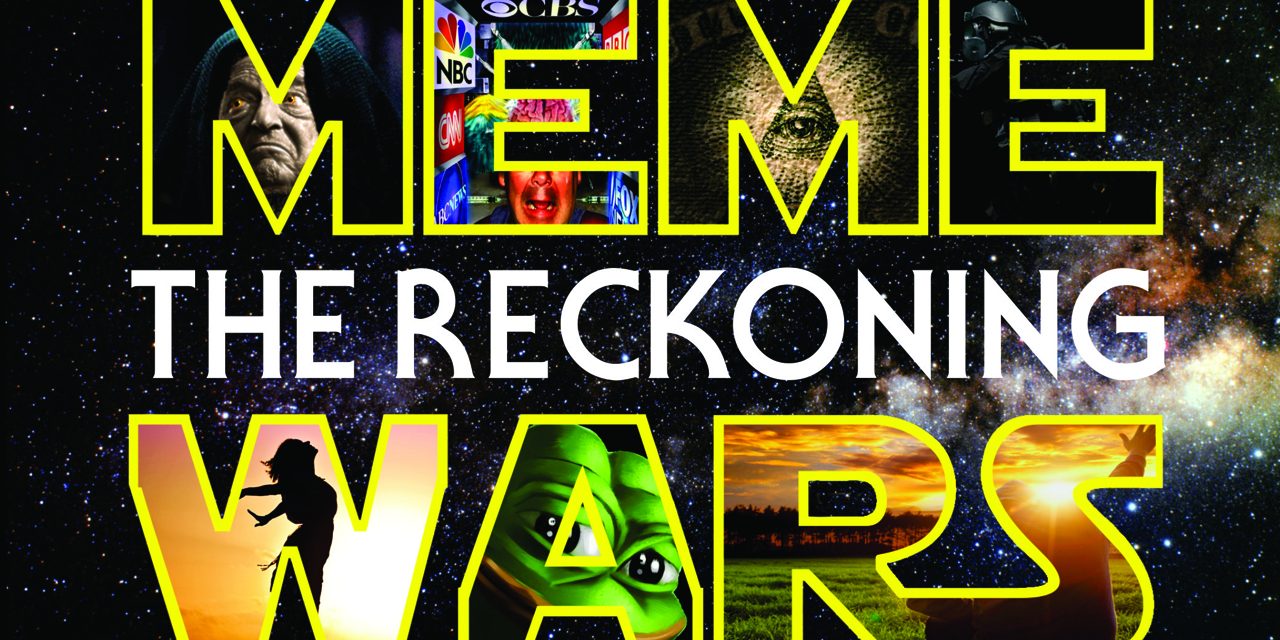 The day of the meme apocalypse is upon us, the day of meme reckoning is here, and the meme war has just gone thermonuclear as we have just entered into “The Great Meme War Part Two.” Of course, I am talking about the latest, shocking news behind the #CNNBlackmail hashtag, that has gone viral. In this video, we’re going to give you the full sides of this war, its alliances the development, and most importantly the significance of July 4th, 2017. A day which many people are saying will be the official end of CNN.

Donald Trump Tweeted this meme shown below a few days ago. It received a lot of attention, many mainstream media pundits came out and said that this was inciting violence against journalists. 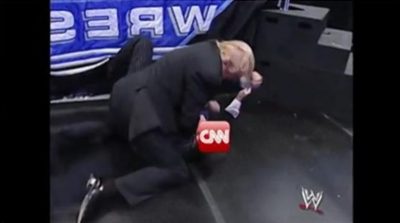 All CNN had to do was continue to play the victim card, to get brownie points from the American public, but they decided to go even further and track down the original maker of it, seemingly to blackmail him into not making any more. 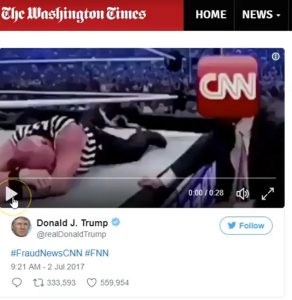 It’s more of a case of coercion, but CNN released an article today saying how they found the Reddit user behind the Trump wrestling meme.

“As offensive, as it was in itself there are serious questions about the origins of that wrestling video.” – CNN

While talking about how offensive this meme is, they decided to track down this Reddit user, whose username is, get ready for this “HanA$$holeSolo”. By comparing details, they were able to identify the man’s Facebook account. They then called and threatened him that they would make his name public if he continues to make memes.

CNN claims that this Reddit user has also made racist and anti-semitic memes, however upon being identified, by CNN he issued a public apology on Reddit and took down all of his posts. He then specifically detailed how he was not racist, Islamophobic or anti-semitic. He stated that he “loves all races, creeds, and origins and has friends in all aspects of society,” and in his apology, he showed remorse. According to CNN because he has said that he won’t continue this ugly behavior, of crap posting and making memes, that that is the only reason that they haven’t publicly outed him, but still say that they reserved the right to do so. They are going to be watching him and if he does make a meme, they will publicly out him to the world.

Today is the moment where CNN, the multi-billion dollar news network, officially threatened someone into not making funny videos online. A moment in time, in which many people believe that will be the end of CNN. The internet is firing back with a vengeance as there is outrage from both the left and the right.

Memes and gifts of CNN are now spreading like wildfire, and the outrage is not going anywhere as #CNNBlackmail is now the number one hashtag on Twitter in the United States. 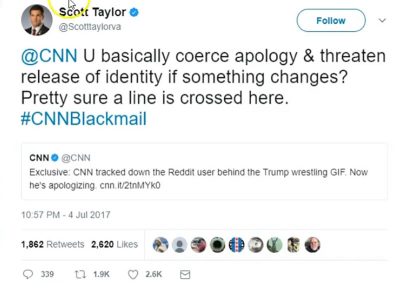 There are also other reports that the Reddit user “HanA$$holeSolo” may be a 15-year-old kid, although this has yet to be confirmed. Online, other people are making the argument that CNN has just violated federal law, committing a felony in relation to the First Amendment.

Many online are making sure that CNN will not forget this. We are hearing that the CNN journalist who initially wrote this story is getting death threats. His Wikipedia page has been changed to a “FAKE reporter for CNNisFakeNews, ” and his page now states that “he became well known in 2017 for blackmailing a Reddit user, for posting a meme of Donald Trump beating his fake news organization to a pulp!” 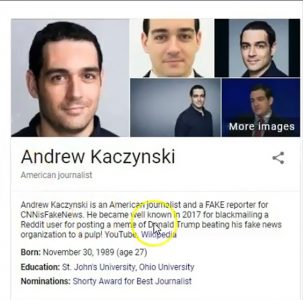 4-Chan has officially declared war on CNN, many CNN anchors are being doxxed right now. 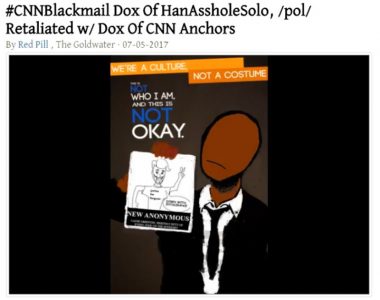 This is on top of all the other bad news that CNN has had to deal with in recent days. Three CNN journalists recently resigned due to a fake Russia-Trump collusion story that they ran based on an anonymous source, which of course turned out to be false. Project Veritas and James O’Keefe also recently exposed a CNN producer, secretly recording him admitting that most of their Russia coverage was bovine excrement.

So many instances of them being caught lying and manipulating the truth, including this gem where they stated this about Wikileaks documents:

“Remember it’s illegal to possess these stolen documents, it’s different for the media, so everything you learn about this, you’re learning from us and in full disclosure let’s take a look at what is in there.” – CNN Anchor 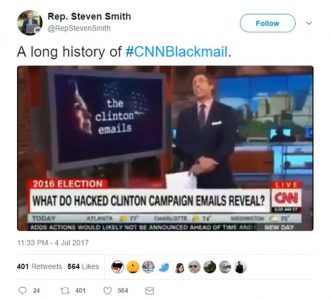 They are worried, to the point where they even claimed that you were not allowed to look at the Wikileaks’s documents of Hillary Clinton when they were shilling for her to be President of the United States.

Many people are saying that this is officially the complete and utter destruction of CNN and also its end, on July 4th, 2017.

I do not see how CNN will be able to recover from this, I’m very interested in your latest comments, and I will read all of them.

If you enjoyed this and would like more, please share it with your friends and family. Check us out on patreon.com/wearechange because unlike CNN who has millions and billions of dollars we are an independent news organization that is loyal and beholden to you and only you.

It’s people who watch our videos that make them possible and patreon.com/wearechange is the best way you could do that. Thank you again so much for watching.

I just arrived here in Hamburg to cover the latest events at the G20 so stay tuned to this channel, please subscribe there’s going to be a lot more important news coming here your way on youtube.com/wearechange