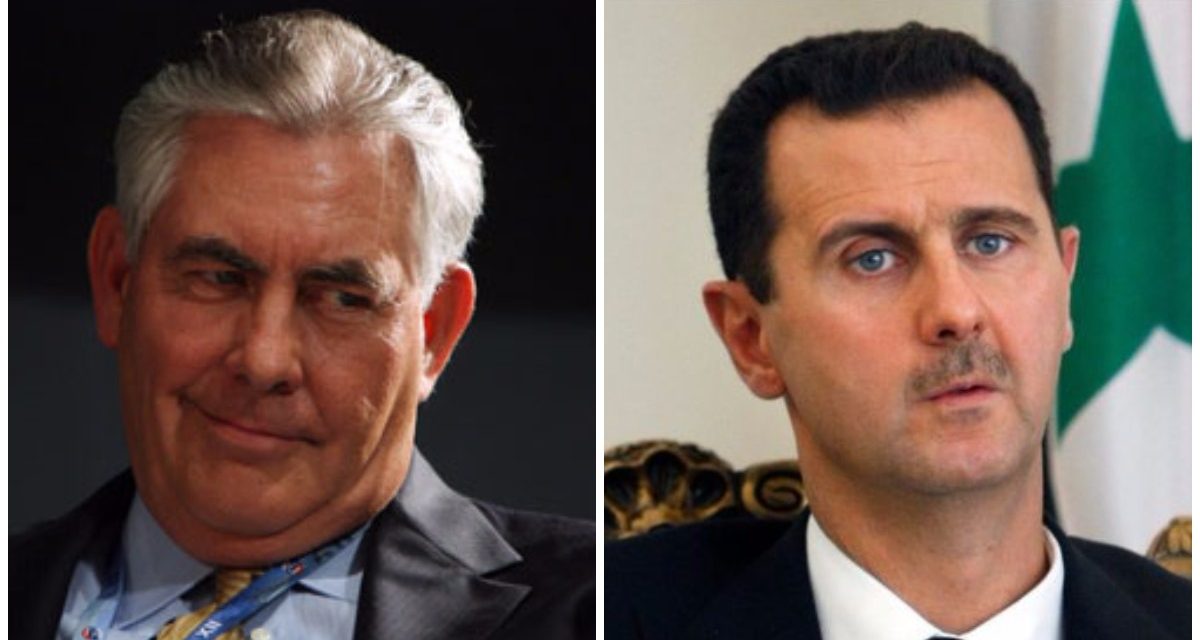 Secretary of State Rex Tillerson’s visit to Turkey has uncovered a dramatic shift in US policy toward Syria, as Tillerson declared in his visit with Turkey’s Foreign Minister that the future of Syrian President Bashar al-Assad should be left up to the Syrian people.

Throughout the Syrian Civil War, US officials have repeatedly insisted that Assad must have no political involvement in any future Syrian government, and have repeatedly demanded his unconditional resignation for years. Even in efforts to broker a future deal for elections, US officials maintained Assad could never run for office again.

The idea of leaving Assad’s future up to the Syrian voters was previously pushed both by the Syrian government and by Russia, and had been scoffed at by most Western countries, who were insisting heavily on regime change as the result of the war.

The Trump Administration has shifted war priorities in Syria toward fighting ISIS, and away from imposing regime change, and this may reflect the reality that the Assad government is probably not going to be forced from power outright by the rebellion.

A tacit acceptance that the Assad question is up to the voters could help with negotiating a settlement of the war, though it’s likely also going to fuel more anger from the rebels.

US Ambassador to the UN Nikki Haley confirmed the shift, saying that removing Assad from power is no longer “the priority” for the US in Syria.

In the meantime, Tillerson’s visit to Turkey, which aimed primarily at getting Turkey to accept US backing for the Kurdish YPG, ended in failure, with Turkish officials again condemning the US for supporting the Kurdish “terrorists.”