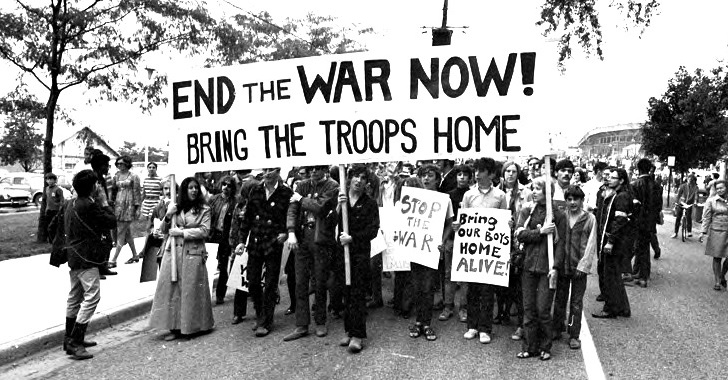 Have you ever heard the phrase, “There’s no use crying over spilled milk?” It appears that in the case of the Obama presidency, a more apt phrase would be “There’s no use crying over spilled Yemenis,” considering the man generated $115 billion in arms sales to Saudi Arabia, a country that has been imposing utter destruction on the civilians of Yemen, the poorest country in the Arab world.

The reason there’s no use crying over these past events is that any time wasted focusing on our recent history could seriously undo all the hard work that could be put into resisting events unfolding under the Trump administration. With Obama’s departure comes an indispensable resource in the so-called left-wing sector of the population, many of whom have started to re-emerge as advocates for peace. Hell, even the mainstream media ripped Trump’s first raid in Yemen to shreds, something almost unheard of under Obama.

Let’s be honest: Obama was not an anti-war president. His supporters were not anti-war, which should have been clear in the early stages of his campaign as he set his sights early on expanding the war in Afghanistan. From there, he and Hillary Clinton toppled the government in Libya, sending the rich North African nation into ruin. He also bombed Somalia, Yemen, Syria, Iraq and Pakistan, a total of 7 majority-Muslim countries. There have also been reports of drone strikes carried out under the Obama administration in the Philippines, too.

In 2016 alone, the Obama administration dropped over 26,000 bombs in seven countries.

No point crying over spilled blood as Obama goes kite-surfing with entrepreneur Richard Branson and as Ellen Degeneres hugs George W. Bush as if he hasn’t been wanted for arrest in some countries.

But both Obama supporters and radical Islam-fearing Republicans alike have a unique opportunity to craft the future of America, bearing all of the above in mind. If Obama was able to pull all this violence off, what should we make of a president who makes weapons deals to the Saudis that the arms-dealing former president shied away from — or orders raids even he deemed too risky?

It’s time to mobilize. It’s time to make the anti-war movement great again. Even if one was naive enough to believe Trump was going to radically reshape America’s foreign policy, it appears his hands are tied. Military spending under the Trump administration is already set to reach record highs. Trump is sending more and more ground troops to Syria without congressional approval or approval from the U.N. The Syrian government has just warned that all forces who operate inside Syria without permission will be deemed “invaders.”

Syria is bound to Iran by a mutual defense agreement and is heavily defended by Russian air power. America’s stalwart regional ally, Saudi Arabia, is also sending ground troops to Syria with the express intent of stopping liberated areas from falling into the hands of the Syrian regime. This dynamic could pave the way for an all out confrontation between American allies and Russian allies and has the potential for disaster. If this seems unlikely, consider that the Military Times recently reported that Russian troops and American troops are now stationed in the same Syrian city.

Further, as I write this article somewhere safely outside of the Middle East, a mosque near Aleppo, Syria, was just reportedly bombed by the U.S. Air Force, killing at least 42 worshipers. Remember how fervently the mainstream media reported Russia’s alleged bombing of Aleppo back into the Middle Ages? The U.S. military is apparently making the Russians look friendly in comparison.

Further still, the Syrian government just fired its anti-missile defense system against Israeli jets. Of course, Israel has struck Syria in multiple instances in the past without any direct response from Syria or Iran (or Russia.) Until now, of course.

A war with Iran is not unthinkable, given how hawkish Trump himself has been towards the Iranian government. To make matters worse, there is an Asian powderkeg in the form of the Korean peninsula just waiting to be lit by one rogue simpleton looking to go down in the history books as the world’s most idiotic person. Currently, that frontrunner appears to be Rex Tillerson, Trump’s secretary of state, who has announced that the U.S. is considering a military option against North Korea.

This military option is becoming more and more likely as each day passes. So how else would the Trump administration choose to diffuse tensions in this already complicated battle arena (bear in mind that North Korea and South Korea are, for all intents and purposes, still at war)?

By sending a U.S. missile defense system to South Korea, of course. (Are you aware that North Korea and China have a defense treaty?)

No one will hold it against you if you were silent over the last eight years — if you make the right decision now and resist these looming wars in Asia and the Middle East. Even Ellen will be let off the hook for cuddling a man responsible for the deaths of over one million Iraqis and thousands of American troops if she does the right thing and mobilizes this much-needed resistance to war.

Because let’s face it, what choice do you have? If tensions aren’t diffused, proxy wars that have been ongoing for the last decade have the very real possibility of evolving into hot wars between big players. Think of it like this: Russia and the United States are currently bombing the same country with complete polar opposite interests.

What could possibly go wrong?