Man With Rifle Livestreams Himself Threatening Stranger Over Trump Sticker 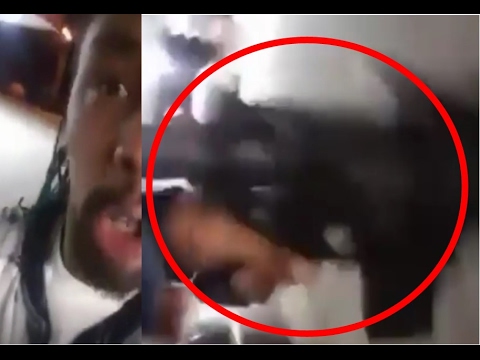 A selfie-style video of a man with a rifle threatening a Donald Trump supporter at a gas station over a bumper sticker and “Make America Great Again” flag is going viral after being published to YouTube on Thursday.

The shocking video, obtained by Red Pill Philosophy, shows a man who goes by the name Neal Norles on Facebook, confronting the stranger at a gas station and demanding that he remove the sticker and flag supporting our president — while livestreaming himself making the threats.

“Deport all of us, huh?” Norles continues on to ask. “You want us deported back over there or something?”

The Trump supporter responds saying “no,” and the man asserts that he is going to remove the sticker from the stranger’s vehicle.

“Touch my sh-t and see what happens,” the Trump supporter responds.

The unhinged man, continuing to film himself, then says, “let me show you what’s going to happen,” as he pulls an assault rifle from his vehicle. He begins to walk towards the man he was threatening.

“I’m going to show you what’s going to happen, ain’t nothin’ gonna happen,” the man rages. “This nigga got me f-cked up,” he continues as the video ends with him approaching the flag and the sound of it being ripped down.

Responding to a request for comment from We Are Change, he asserted that I am “crazy as hell,” and claimed that he did not threaten the man.

“Where did I threatened him I protected myself after he said see what will happen if I take it off,” Norles said. “I neva pointed my gun at him nor made a threat to him saying I would kill him? So where?”

We explained to him that we did not say he directly threatened to kill the man, but threatened him and his property — with his gun.

“Yea I threatened his property I will take that but nevva once did I threat his life I don’t see how u get that,” Norles wrote.

When asked what happened after the video ended, Norles asked me if I voted for Trump. I responded yes and asserted that I was not the one being interviewed.

He then refused to continue being interviewed without payment, which we declined to offer. He responded saying, “then suck it easy baby.” 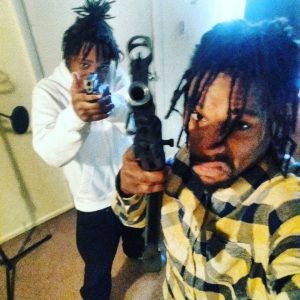 According to Norles’ Facebook page, he resides in Kansas City, Missouri. He frequently livestreams himself ranting and raving on the social network. At the time of publishing this story — Norles was livestreaming himself screaming “f-ck Donald Trump” at passing vehicles while in the passenger seat of a car. Both that livestream, and the one featuring him brandishing the weapon, have since been deleted from his page.