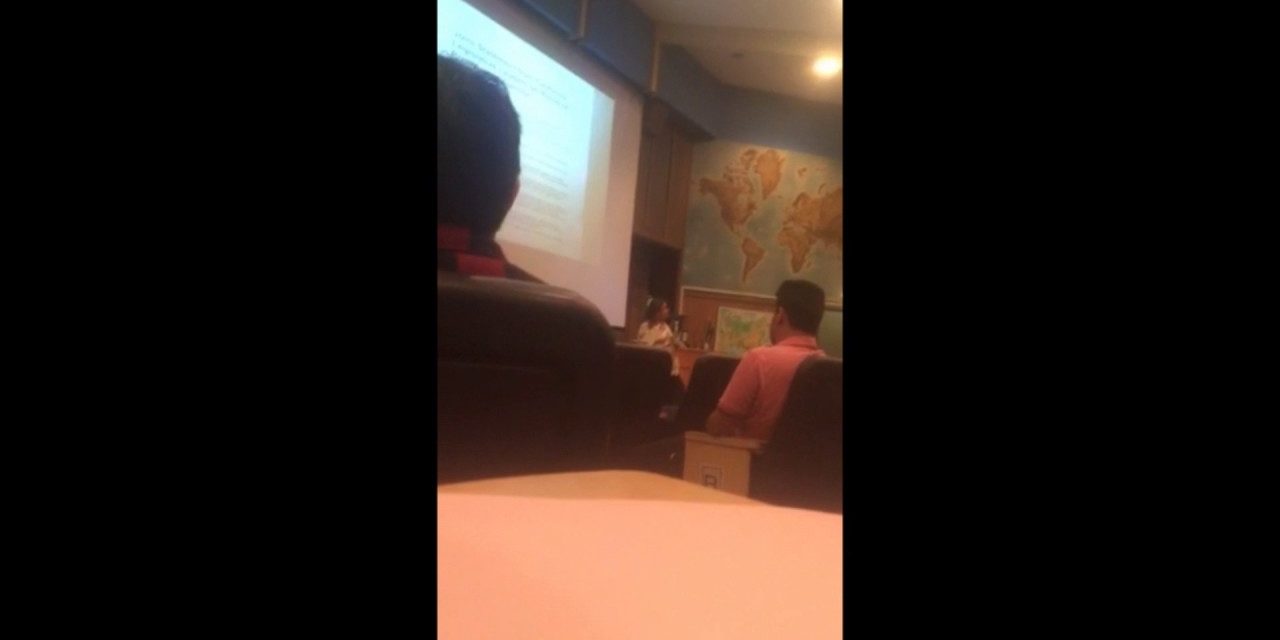 Caleb O’Neil, an Orange Coast College student, has been suspended after filming his professor Olga Perez Stable Cox going on an intangible rant, calling Donald Trump’s election “an act of terrorism”. The College has also demanded that the student write a letter of apology, explaining why he shared the video on YouTube.

The student who recorded Professor Olga Perez "Unstable" Cox last semester has been suspended. This is victim blaming at…

“Our nation is divided. We have been assaulted. It is an act of terrorism,” she told the students during her class.

The video was uploaded on YouTube and has divided the public significantly. The professor has even reportedly received death threats.

Campus Reform released the letter of suspension sent to O’Neil.

“You are suspended for a period of one full primary (fall/spring) semester in addition to summer term,” the statement from the college authorities said.

In the suspension letter, Orange Coast College called on O’Neil to write a “three page double space essay” in apology to Cox.

In the essay, O’Neil should discuss why he videotaped his psychology professor, “knowing that it was a violation of the course syllabus”,  as well as his thoughts and analysis on why he decided “to share this video with others” and what he “thought would happen to the professor”.

O’Neil also received an email from Interim Dean of Students Victoria Lugo, who said that the freshman was charged with “violating the student code of conduct”.

“This is clearly stated in the instructor’s course syllabus in addition to the student code of conduct. When we spoke, you stated that you felt badly about the things that had happened to individuals as a result of this incident. It is my hope that this experience will lead you to truly think through your actions and the consequences of those actions when making decisions in the future,” Lugo wrote.

On Wednesday, O’Neil filed an appeal to the college, according to Orange County Register newspaper.

“I pulled my phone out, because I was honestly scared that I would have repercussions with my grades because she knew I was a Trump supporter,” said O’Neil, 19, who openly supported Trump. “I thought Olga Perez Stable Cox was a good teacher,”

Earlier in January, Cox, defended her comments and said that “a woman, as a Latina, as a lesbian, as a refugee,” her speech was aimed to comfort students.

Although if that’s the case Cox may want to watch her own recording because it sounded an awful lot like scaring the students spewing that Trump is a racist which will only cause division amongst the students and could endanger some of the students who are Trump supporters.