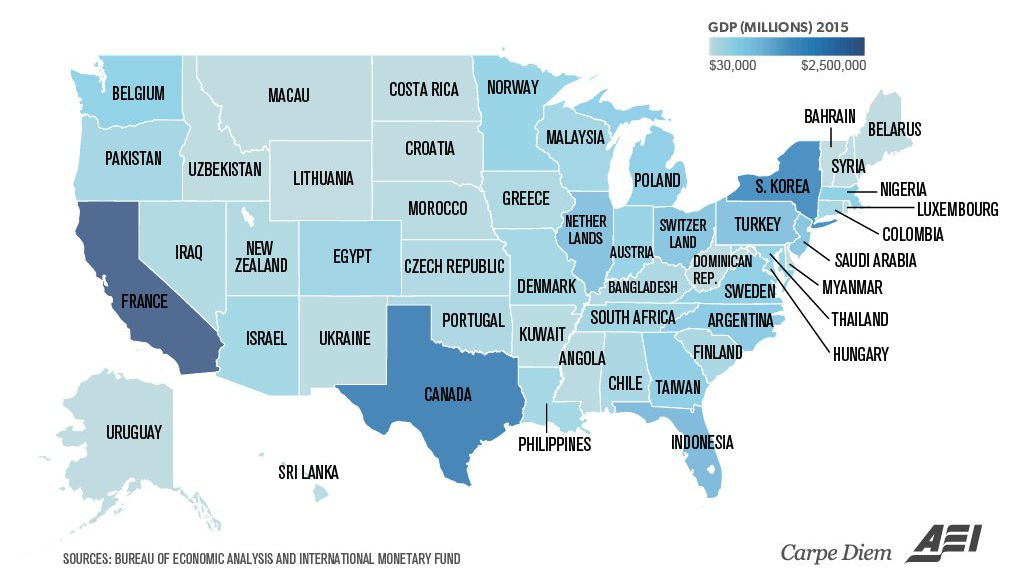 The U.S. economy is so big that all of the individual states are comparable to entire countries…

As Visual Capitalist’s Jeff Desjardins notes, not surprisingly – big states like California, New York, and Texas are very similar in size to other formidable economies like France, South Korea, and Canada.

Perhaps even more interesting, however, is that even small states are similar to the size of countries.

Wisconsin is about the size of Malaysia, and Louisiana is comparable to the Philippines. Even Vermont, a state with a population of 626,000 people and the smallest state economy, is approximately the size of Bahrain.

It’s pretty incredible to think about the United States this way – and it helps put the economic power of the full country in real context.