Marijuana Has Been Named ‘The Super Antibiotic’ Of The Future 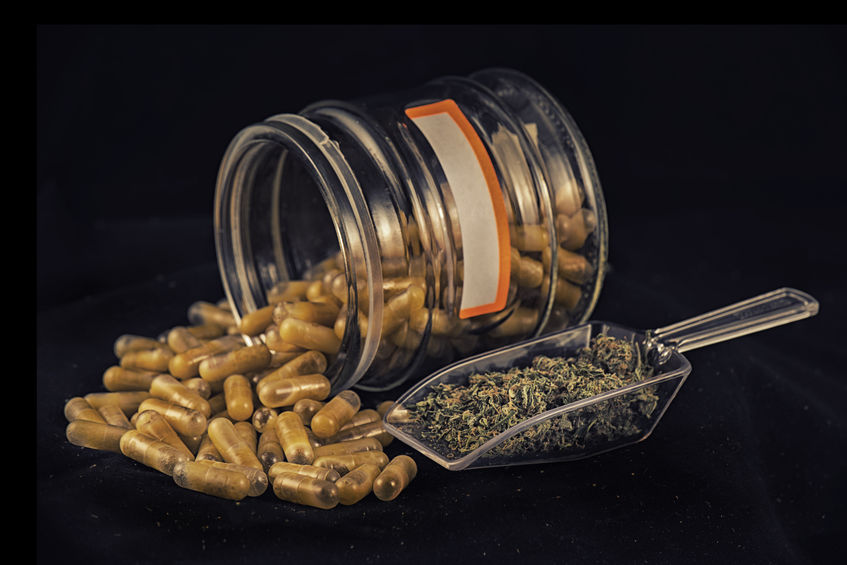 Marijuana has the potential to stop MRSA, according to studies. Dr. Keiji Fukuda, the Assistant Director General for the World Health Organization’s Health Security department, has explained that antibiotic resistant bacteria are now one of the top health concerns in the world, as “common infections and minor injuries, which have been treatable for decades, can once again kill”.

The creation of “superbugs” have emerged from the antibiotics that were designed to treat them initially. Methicillin-resistant Staphylococcus aureus (MRSA) causes over 10,000 deaths each year, according to the Center for Disease Control (CDC), and is a direct by-product of the overuse of antibiotics.

MRSA infects open wounds and increases the chance of death by over 60%, according to the CDC. In addition to this, it can also spread easily between people in close contact. In late 2014, the situation became so severe that President Obama issued an executive order to combat antibiotic resistant bacteria, which he called “a serious threat to public health and the economy.”

Back in 2008, a study carried out by a team of British and Italian researchers found that marijuana could stop MRSA after five of marijuana’s most common cannabinoids were tested against six different MRSA strains of “clinical relevance”. The results found that each cannabinoid showed “potent activity” against bacteria. Cannabinoids are substances that are unique to the cannabis plant, and have been found to have wide-ranging medicinal properties, including fighting cancer, reversing inflammation and acting as powerful antioxidants. Simon Gibbons, one of the authors of the study and head of the Department of Pharmaceutical and Biological Chemistry at the University College London School of Pharmacy, said in a follow up interview in the MIT Technological Review, “Everything points towards these compounds having been evolved by the plants as antimicrobial defenses that specifically target bacterial cells.”

He stated, “The actual mechanism by which they kill the bugs is still a mystery…I really cannot hazard a guess how they do it, but their high potency as antibiotics suggests there must be a very specific mechanism.” Following the study, the researchers recommended cannabis as the source of new and effective antibiotic products that should be commonly used now. Giovanni Appendino, a professor at Italy’s Piemonte Orientale University and co-author of the study, said, “The most practical application of cannabinoids would be as topical agents to treat ulcers and wounds in a hospital environment, decreasing the burden of antibiotics.”

Shelley White wrote in the preface to her recently published book, Cannabis for Lyme Disease and Related Conditions: Scientific Basis and Anecdotal Evidence for Medicinal Use, “Within a few months, Cannabis oil had done what years of antibiotics had failed to do, it had given me my life back.” Shelley told Reset.Me, “I most certainly believe it works as an antibacterial. I just am not comfortable calling it a cure due to the fact that the disease is so complex and each case is different.” Shelley’s book is a story of personal healing that also contains a lot of solid scientific research. It begins with an overview of the antibacterial properties of cannabis, before looking at the evidence supporting the plant’s ability to rid the symptoms of disease that antibiotics cannot.

Reports state that, although the White House just lifted many of the restrictions on medical marijuana research that had been in place since the 1990s, it is unlikely that science will find a more powerful marijuana based product than the simple homemade oil which Shelley talks about in her book.

THIS ARTICLE IS OFFERED UNDER CREATIVE COMMONS LICENSE. IT’S OKAY TO REPUBLISH IT ANYWHERE AS LONG AS ATTRIBUTION BIO IS INCLUDED AND ALL LINKS REMAIN INTACT.