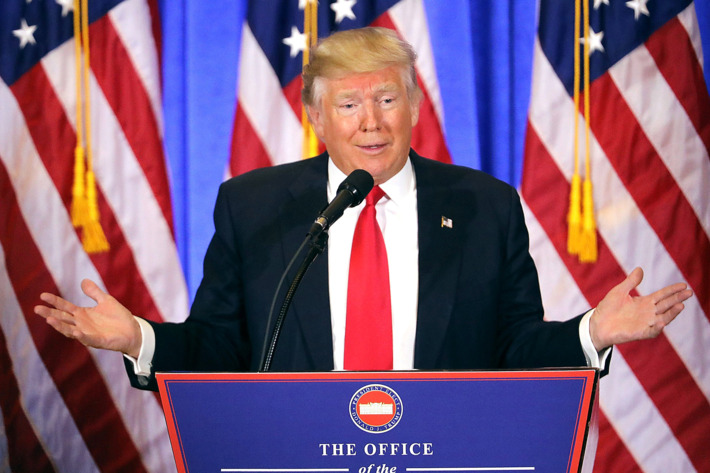 The Trump administration managed to decrease total US public debt by $12 billion in a month, while former President Obama increased it by $200 billion over that same period.

Despite the numerous controversies during his first month in office, President Trump successfully decreased the US total public debt by $12 billion within his first 30 days as president. Yet, as Trump pointed out in a series of tweets, few media outlets covered the significant debt decrease though they were more than happy to pounce on other recent stories casting the new president in a negative light.

The media has not reported that the National Debt in my first month went down by $12 billion vs a $200 billion increase in Obama first mo.

Though some may take such statements from Trump as self-serving and not factually sound, the US Treasury Department has confirmed Trump’s claims. According to data released by the Treasury, the overall national debt on the day of Trump’s inauguration stood at $19.95 trillion and dropped to $19.93 trillion on February 21st. Then, between February 22nd and 23rd, the debt dropped even lower to $19.91 trillion.

Yet, the mainstream media’s ignorance of the national debt crisis is nothing new. The national debt has been and is so out of control that it threatens to bring down the entire national economy and completely obliterate the US dollar as a currency of value. Essentially, the Federal Reserve – through years of currency manipulation intended to enrich the wealthiest Americans at the expense of the rest – is forced to keep interest rates at near-zero, lest it unleash the true weight of the national debt upon the American public.

Davidson Stockman, the former director of the national budget under Reagan, recently summarized the situation:

The puppet politicians in Washington D.C. have only done what their “invisible government” puppeteers have instructed them to do. They don’t answer to the voters or their local constituents. They answer to Wall Street bankers, the military industrial complex, mega-corporation CEOs, and shadowy billionaire oligarchs who fund their corrupt existence.

These feckless politician hacks could never have added $13.8 trillion to the national debt in the last sixteen years and run the country’s unfunded welfare liabilities to $200 trillion without the Wall Street controlled privately owned Federal Reserve manning the printing presses and manipulating interest rates to enrich their “invisible government” benefactors.

They have inflated away 97% of the dollar’s purchasing power since their shadowy creation in 1913. They are single biggest reason real wages have not advanced since 1971. They are the reason the top 0.1% now have the highest percentage of the national wealth since 1929.

Trump had promised on the campaign trail to reduce the US debt and to eliminate deficit spending. Last Wednesday, he again addressed this issue and pledged to end the wasteful spending of taxpayers’ money, saying “The finances of our country are a mess, but we’re going to clean them up. We won’t let your money be wasted anymore. We must do a lot more with less.”

This article (Trump Slashes Nat’l Debt By $12 Billion in First Month, Media Silence) is free and open source. You have permission to republish this article under a Creative Commons license with attribution to the author and True Activist.