Why Medicine Won’t Allow Cancer To Be Cured 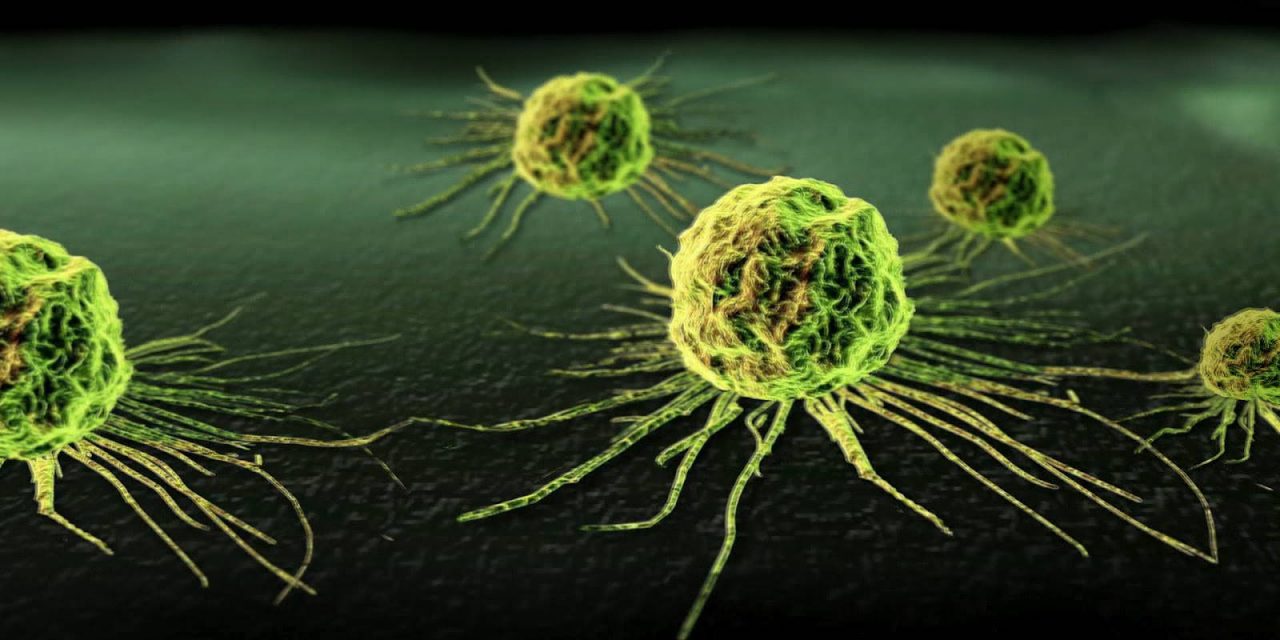 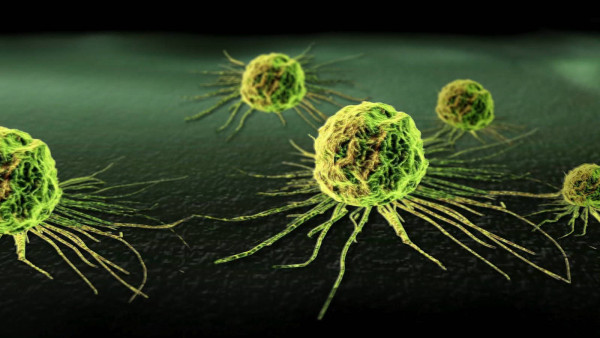 Imagine a commercial plane crashed and there were some fatalities involved. You can be sure that would make the headline of every major newspaper. Well, we have the equivalent of 8-10 planes crashing EVERY DAY with everyone on board dying from cancer.

Nearly two million Americans are diagnosed with cancer every year—one person out of three will be hit with a cancer diagnosis at some time in their lives, in spite of the massive technological advances over the past half-century.

Western medicine is no closer to finding a “cancer cure,” while cancer has grown into a worldwide epidemic of staggering proportions. The statistics speak for themselves:
These 12 super foods speed up your weight loss and can potentially help melt fat!
Ads by Adblade
In the early 1900s, one in 20 people developed cancer
In the 1940s, one in 16 people developed cancer
In the 1970s, it was one in 10
Today, it’s one in three!
According to the CDC, about 1,660,290 (1.66 million) new cancer cases are expected to be diagnosed in 2013 (1). If overall death rates are falling, why are incidence rates still on the rise? The answer is simple: the 40-year “war on cancer” has been a farce.

The cancer epidemic is a dream for Big Pharma, and their campaigns to silence cancer cures have been fierce, which is a tale well told in the documentary film featured below, Cancer: Forbidden Cures.

Please understand that cancer is big business. The cancer industry is spending virtually nothing of its multi-billion dollar resources on effective prevention strategies, such as dietary guidelines, exercise and obesity education. Instead, it pours its money into treating cancer, not preventing or curing it.

Why would they shoot their cash cow? If they can keep the well-oiled Cancer Machine running, they will continue to make massive profits on chemotherapy drugs, radiotherapy, diagnostic procedures and surgeries.

The typical cancer patient spends $50,000 fighting the disease. Chemotherapy drugs are among the most expensive of all treatments, many ranging from $3,000 to $7,000 for a one-month supply.

If the cancer industry allows a cure, then their patient base goes away. It makes more sense to keep a steady stream of cancer patients alive, but sick and coming back for more. How did this societal monster come about?

The featured documentary is enormously informative. It details how the pharmaceutical industry partnered with the American Medical Association (AMA) in an ingenious plan to overtake the medical system in four swift, easy steps, back in the early 1900s. In a nutshell, it went something like this:
International bankers that own the drug and chemical companies gained control over the medical education system over 100 years ago.
They gave grants to the AMA and leading medical schools in exchange for seats on their board and the ability to control policy.
Finally, they cleverly engineered their control of virtually every federal regulatory agency relating to the practice of medicine.

‘Don’t You DARE Cure Anyone!’

In spite of the enormous amounts of money funneled into cancer research today, two out of three cancer patients will be dead within five years after receiving all or part of the standard cancer treatment trinity—surgery, radiotherapy and chemotherapy. This is not too surprising when you consider that two of the three are carcinogenic themselves! One study estimated that chemotherapy benefits about one of every 20 people receiving it.

Over the last hundred years, a number of natural cancer treatments have been developed and used successfully to treat patients in the US and other countries. All have been vehemently discounted, silenced, and pushed under the rug by the medical monopoly, with physicians and researchers attacked, smeared, sent to prison, and professionally ruined for daring to defy the medical establishment.

To this day, with respect to credibility in medicine, “quack” is synonymous with “competition.”

In order to protect the medical monopoly, any viable natural treatment is met with massive opposition by the pharmaceutical and medical industries. Drug companies have no interest in natural agents that they cannot patent, because they interfere with their revenue stream. They will go—and have gone—to extreme measures to prevent the truth about effective natural treatments (competitive threats) from reaching the public.

There is so much you can do to lower your risk for cancer. But please don’t wait until you get the diagnosis—you have to take preventative steps NOW. It’s much easier to prevent cancer than to treat it, once it takes hold. I believe you can virtually eliminate your risk of cancer and chronic disease, and radically improve your chances of recovering from cancer if you currently have it, by following these relatively simple strategies.

Food Preparation: Eat at least one-third of your food raw. Avoid frying or charbroiling; boil, poach or steam your foods instead. Consider adding cancer-fighting whole foods, herbs, spices and supplements to your diet, such as broccoli,curcumin and resveratrol. To learn more about how these anti-angiogenetic foods fight cancer, please see our previous article: “Dramatically Effective New Natural Way to Starve Cancer and Obesity.”
Carbohydrates and Sugar: Reduce or eliminate processed foods, sugar/fructose and grain-based foods from your diet. This applies to whole unprocessed organic grains as well, as they tend to rapidly break down and drive up your insulin level. The evidence is quite clear that if you want to avoid cancer, or you currently have cancer, you absolutely MUST avoid all forms of sugar, especially fructose, which feeds cancer cells and promotes their growth. Make sure your total fructose intake is around 25 grams daily, including fruit.
Protein and Fat: Consider reducing your protein levels to one gram per kilogram of lean body weight. It would be unusual for most adults to need more than 100 grams of protein and most likely close to half of that amount. Replace excess protein with high-quality fats, such as organic eggs from pastured hens, high-quality meats, avocados, and coconut oil.
GMOs: Avoid genetically engineered foods as they are typically treated with herbicides such as Roundup (glyphosate), and likely to be carcinogenic. A French research team that has extensively studied Roundup concluded it’s toxic to human cells, and likely carcinogenic to humans. Choose fresh, organic, preferably locally grown foods.
Animal-Based Omega-3 fats: Normalize your ratio of omega-3 to omega-6 fats by taking a high-quality krill oil and reducing your intake of processed vegetable oils.
Natural Probiotics: Optimizing your gut flora will reduce inflammation and strengthen your immune response. Researchers have found a microbe-dependent mechanism through which some cancers mount an inflammatory response that fuels their development and growth. They suggest that inhibiting inflammatory cytokines might slow cancer progression and improve the response to chemotherapy. Adding naturally fermented food to your daily diet is an easy way to prevent cancer or speed recovery. You can always add a high-quality probiotic supplement as well, but naturally fermented foods are the best.
Exercise: Exercise lowers insulin levels, which creates a low sugar environment that discourages the growth and spread of cancer cells. In a three-month study, exercise was found to alter immune cells into a more potent disease-fighting form in cancer survivors who had just completed chemotherapy. Researchers and cancer organizations increasingly recommend making regular exercise a priority in order to reduce your risk of cancer, and help improve cancer outcomes. Research has also found evidence suggesting exercise can help trigger apoptosis (programmed cell death) in cancer cells. Ideally, your exercise program should include balance, strength, flexibility, high intensity interval training (HIIT). For help getting started, refer to my Peak Fitness Program.
Vitamin D: There is scientific evidence you can decrease your risk of cancer by more than half simply by optimizing your vitamin D levels with appropriate sun exposure. Your serum level should hold steady at 50-70 ng/ml, but if you are being treated for cancer, it should be closer to 80-90 ng/ml for optimal benefit. If you take oral vitamin D and have cancer, it would be very prudent to monitor your vitamin D blood levels regularly, as well as supplementing your vitamin K2, as K2 deficiency is actually what produces the symptoms of vitamin D toxicity. To learn more, please see my previous article: “What You Need to Know About Vitamin K2, D and Calcium“.
Sleep: Make sure you are getting enough restorative sleep. Poor sleep can interfere with your melatonin production, which is associated with an increased risk of insulin resistance and weight gain, both of which contribute to cancer’s virility.
Exposure to Toxins: Reduce your exposure to environmental toxins like pesticides, herbicides, household chemical cleaners, synthetic air fresheners and toxic cosmetics.
Exposure to Radiation: Limit your exposure and protect yourself from radiation produced by cell phones, towers, base stations, and Wi-Fi stations, as well as minimizing your exposure from radiation-based medical scans, including dental x-rays, CT scans, and mammograms.
Stress Management: Stress from all causes is a major contributor to disease. Even the CDC states that 85 percent of disease is driven by emotional factors. It is likely that stress and unresolved emotional issues may be more important than the physical ones, so make sure this is addressed. My favorite tool for resolving emotional challenges is Emotional Freedom Techniques (EFT).
What to Do If You Already Have Cancer

Without a doubt the most powerful essential strategy I know of to treat cancer is to starve the cells by depriving them of their food source. Unlike your body cells, which can burn carbs or fat for fuel, cancer cells have lost that metabolic flexibility. Dr. Otto Warburg was actually given a Nobel Prize over 75 years ago for figuring this out but virtually no oncologist actually uses this information.