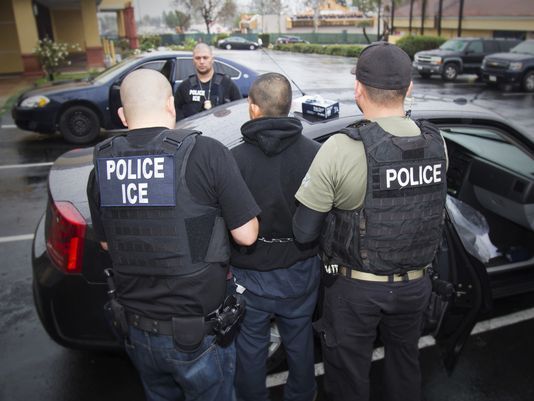 The Mexican Ministry of Foreign Affairs is urging their citizens who have illegally immigrated to the United States to resist deportation by refusing to open their doors or cooperate with Immigration and Customs Enforcement.

Instead of instructing their citizens to follow the laws of their neighboring nation for once, the ministry continued their tradition of disrespecting US laws and released a video urging illegal immigrants not to cooperate with authorities, how to prepare for possible detention.

The ministry has previously published a comic book explaining how to illegally sneak into the US.

The Spanish-language video is titled “Recommendations in Case of Immigration Detention,” and provides instructions for seven steps that illegal immigrants should take, such as having an emergency plan. The first portion of the video contains basic advice, such as “take care of your family especially minors. If they were born in the U.S.A., go to the nearest consulate and register them as Mexicans.”

The second half of the video covers “how to act in case of immigration detention,” and urges their citizens who are breaking the law by residing in the US to refuse to open the door for authorities and refuse to reveal their immigration status. In the event of a raid, the ministry instructs the illegal immigrants to ask for names and badge numbers of the agents, and tell them that they do not consent to the search.

“The video also reminds viewers that an ICE administrative order (Form I-200, I-205) does not give authorities permission to enter your home. It then concludes by instructing nationals to go to a Mexican consulate or call the Center for Information and Assistance to Mexicans (CIAM). The Mexican government announced the CIAM hotline as one of eleven actions to support Mexicans in the United States after Donald Trump won the presidential election,” the Center for Immigration Studies reports.

Last month, the Department of Homeland Security (DHS) has issued a new set of instructions to Customs and Border Protection (CBP) and ICE to increase the deportations laid out in President Donald Trump’s executive order.

The memo ordered the immigration agencies to take a hard stance with illegal immigrants by immediately identifying, detaining, and deporting anyone they encounter that is not carrying the appropriate identification. The White House has repeatedly asserted that those who have committed additional crimes beyond illegally residing in the country will be the priority.

“The message from this White House, and from the DHS, is that those people who are in this country illegally and pose a threat to our public safety — or have committed a crime — will be the first to go and we will be aggressively making sure that it occurs,” Spicer responded.

Additionally, the White House has announced that money used by DHS for advocacy on behalf of illegal immigrants will be reallocated to establish a new Victims of Immigration Crime Engagement (VOICE) office, which will advocate for victims of crimes committed by those who are in the US illegally.