US Military Budget Could Make Every Homeless Person A Millionaire 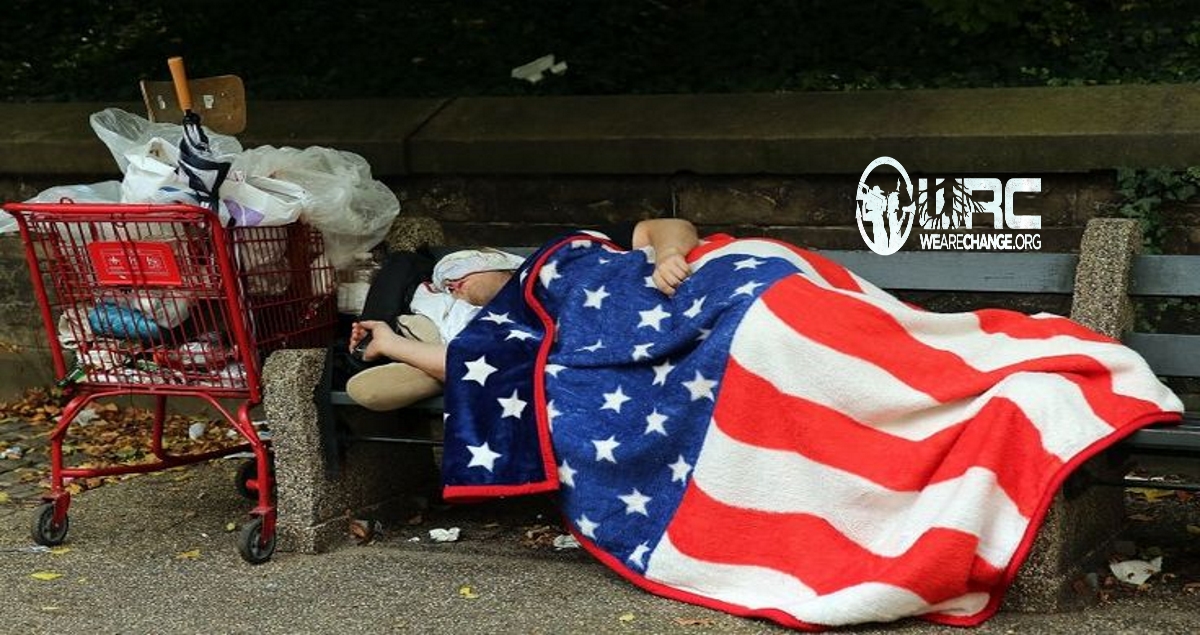 A recent republican proposed Military Budget Could Make Every Homeless Person In The United States A Millionaire.

Last year, the United States spent more than $596 billion on the military, a total greater than the next six countries in the world combined. But the Republican-controlled Congress is looking to increase that number for next year.

On Wednesday, the House passed its version of the annual National Defense Authorization Act (NDAA), allowing for $602 billion to be spent on the country’s defense in 2017, but the way the money is budgeted could mean that total military spending could actually end up being far higher.

Under the bill, $18 billion would be moved from the Overseas Contingency Operations (OCO), which is currently used primarily to fund operations in Iraq, Afghanistan, and Syria, to the general budget to be used for additional troops and equipment. As Politico reported, this would likely leave enough money for such operations only through April, forcing the next president to request additional funding. Thus, the House bill would effectively increase the total military expenditure for next year.

The White House has also noted that this breakdown could leave less money for U.S. war-fighting, making it more likely that additional funds will be needed halfway through 2017.

In a 17-page statement released on Monday, the White House said that Obama’s senior advisers would tell the president to veto the current bill, calling it a “gimmick” that gambles with war funds and risks the safety of U.S. troops. The statement also pointed to other flaws in the bill, including the prohibition on the use of any of the funds to shut down Guantanamo Bay or transfer the detainees currently held there. (A similar prohibition was included in the 2016 NDAA, which despite objections, Obama eventually signed.)

According to figures by the Stockholm International Peace Research Institute (SIPRI), the United States doesn’t just spend more than the next six countries combined, but it also spends more than double the next biggest military spender in the world, China.

As the House looks to increase that number, here’s a breakdown of just some of the other ways that enormous sum could be spent:

In January 2015, the U.S. Department of Housing and Urban Development (HUD) found there were 564,708 homeless people on a given night in the United States. As ThinkProgress haspreviously reported, one of the best ways to end homelessness is to make more permanent housing available.

Last year, a HUD study found that giving families permanent subsidies, like a housing choice voucher, is more effective in preventing homelessness than other interventions, like short-term rental assistance or temporary housing. It also helps keep families together. A 2014 study from the Central Florida Commission on Homelessness estimated that it cost the state over $31,000 each year for each chronically homeless person, compared to just $10,000 to provide them with permanent housing, job training, and health care.

Using those findings, ending homelessness in the United States would likely require about .01 percent of next year’s likely military expenditures. The government could even purchase a $1 million home for every homeless person in the United States with the budget, and it would still have money leftover.

Today’s refugee crisis is the worst the world has seen since World War II, and the United Nations estimates that there are nearly 60 million refugees seeking safety.

But compared to other countries in the world, the United States has taken in a depressingly low number of refugees fleeing conflict. Last year, Canada accepted 25,000 refugees from Syria specifically in just four months — but it took the United States five months to accept only 841. That number is especially embarrassing, considering that U.S. GDP is nine times greater than that of Canada, and far greater than countries in the Middle East that have taken in millions of refugees.

There isn’t an easy way to break down the costs per refugee resettled in the United States, but in the last fiscal year, the U.S. Office of Refugee Resettlement (ORR) — which helps settle refugees and provides them with resources like medical services and job training — had a budget of $1.65 billion — again less than .01 percent of the expected military budget for next year.

An added bonus is that while there are costs to refugee resettlement, research from around the world has shown that accepting refugees has a positive (or simply a neutral) effect on a host country’s economy and wages. One reason for this, perhaps unsurprisingly, is that there is a high rate of entrepreneurship among refugees.

“There’s not any credible research that I know of that in the medium and long term that refugees are anything but a hugely profitable investment,” Michael Clemens, a senior fellow leading the Migration and Development Initiative at the Center for Global Development, told the Washington Post last fall.

U.S. infrastructure is in shambles. A report from the American Society of Civil Engineers (ASCE) estimated that from 2016 to 2025, there will be a funding gap of over $1.4 trillion for things like surface transportation, water, electricity, airports, and waterways and ports. If this gap isn’t addressed, ASCE estimated that each U.S. household would lose $3,400 in disposable income each year during that time period. This cost comes from things like inefficient roadways, congested airports, and electricity grids and water systems that won’t be able to keep up with demand.

In February, Obama included a $35 billion per year clean transportation plan in his budget request, to be funded by a $10 per barrel tax on oil and phased in over five years. It was shot down immediately by the Republican-controlled Congress — which is now pushing forward a bill that will likely increase military spending in 2017.

While next year’s military budget can’t solve all of U.S. infrastructure problems, even a little bit could go a long way.