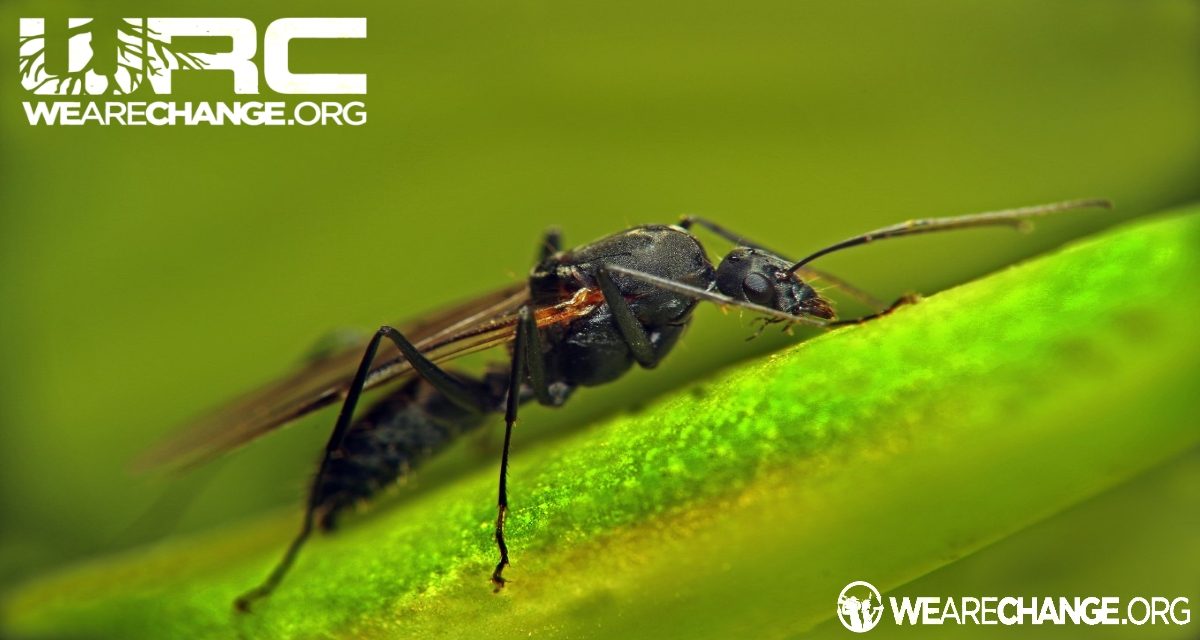 A team of researchers at Monsanto believe they might be on the verge of finding a solution to the mysterious drop in honey-bee populations all over the planet, a threat that endangers the world’s food supply as a whole.

The $3 million dollar grant from the Environmental Protection Agency (EPA) has led the team of researchers at Monsanto to develop alternative strategies to “survive” an eventual honey bee Colony collapse disorder (CCD), a phenomenon that has been increasing in the past decade and that occurs when the majority of worker bees in a colony disappear, a situation that could “dramatically impact the world’s food supply”, admit experts.

“Latest studies have found a link between neonicotinoid pesticides that are vastly used in GE corn crops. As GE farming has become an essential part of agriculture in today’s modern world, we had to develop ways to promote both the continuity of GE farming and the survival of the honey bees, a fascinating challenge” admits John Leere, head biochemist of the project.

The team of researchers has developed a genetically modified ant that could “possibly save the world’s food supply”.

“Since GE farming and neonicotinoid pesticides are here to stay, we first tried to modify the bees as to increase their immune system to these insecticides, with little or no success” admits the specialist.

“Yet, we did not despair and eventually started testing on winged virgin queens and males of the ant species. Although ants usually lose their wings after the queen has been inseminated and starts to give birth to the new colony, genetic manipulation has produced a flying ant species that is strikingly similar to the common honey bee, and 50 times stronger to certain types of pesticides” he acknowledges, visibly enthused by the discovery.

“Through genetic manipulations, we could eventually create a hybrid species that would have both the common honey bee’s pollinating characteristics, as well as possess the pesticide immunization properties of certain ant species, a perfect match that would take thousands of years to develop on its own in nature” he explains.

According to a recent Greenpeace study, seventy out of the top 100 human food crops, which supply about 90 percent of the world’s nutrition, are pollinated by bees. US National Agriculture Statistics show a honey bee decline from about 3.2 million hives in 1947 to 2.4 million hives in 2008, a 90% reduction.