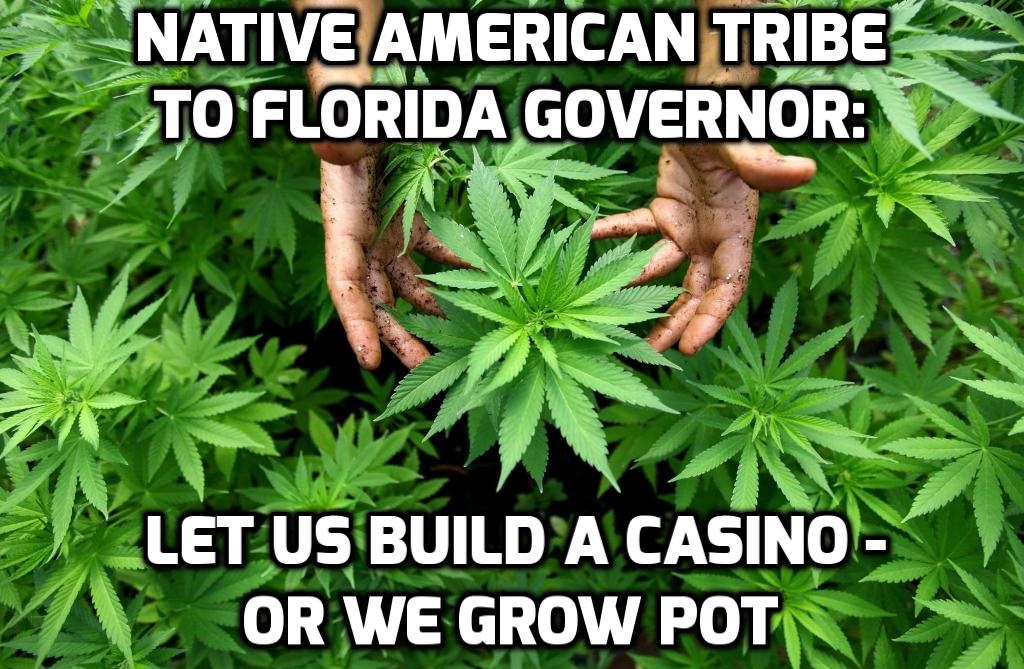 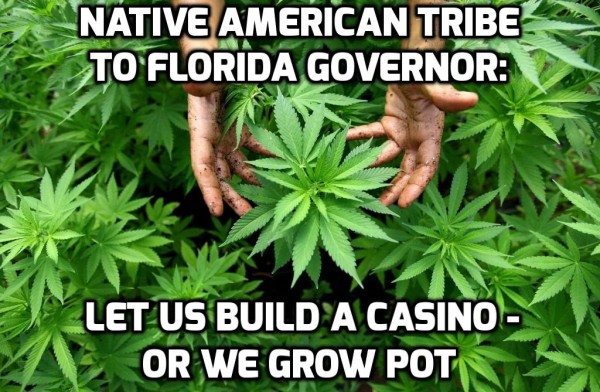 An Alabama native American tribe that operates casinos in Florida informed the state that if it doesn’t allow them to expand their casinos, they will have no choice but to start growing marijuana on the land designated for the expansion, the Associated Press reports.

The Poarch Creek Band of native Americans told Florida Governor Rick Scott that if the state’s Republican-controlled House and Senate refused to allow the tribe to operate a casino on land it owns in Escambia County, it would endeavor to grow and distribute marijuana on the land in accordance with the regulations that the federal government has imposed on states that have legalized the trade.

The chairwoman of the Poarch tribal council, Stephanie Bryan, told the Associated Press that the tribe is “entitled to negotiate a compact with the state.”

If the state rejects the deal, the tribe is within its rights to sue to use the land to grow marijuana, as this past December the Department of Justice stated that tribes can grow and distribute marijuana on their sovereign land — even if the state in which that land is situated has not legalized marijuana.