Nearly Half of Sanders Supporters Still Refuse to Vote For Clinton 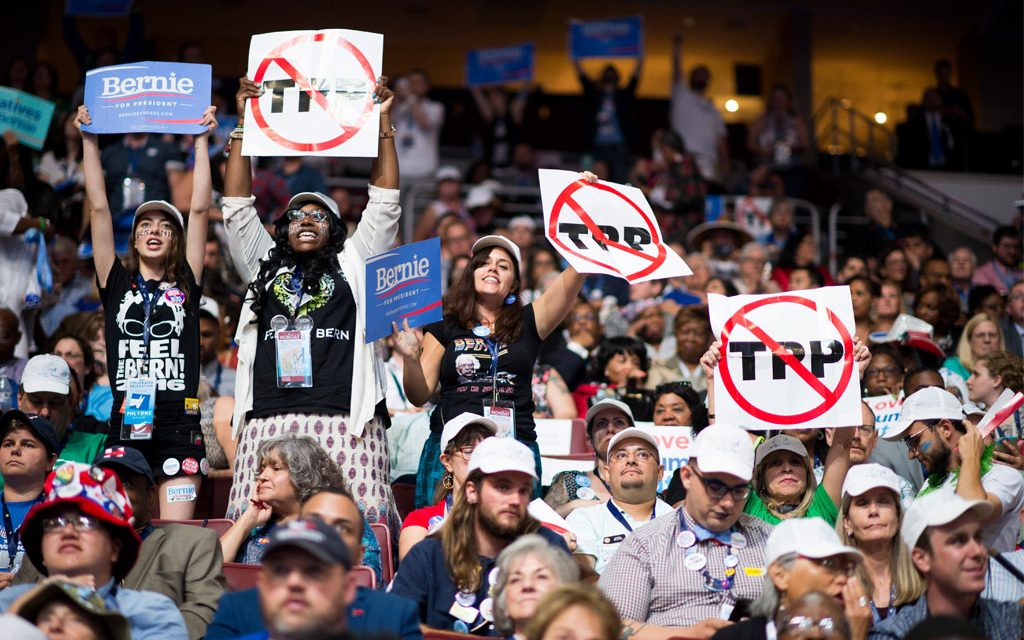 A new Economist/YouGov poll released on Thursday reveals that only 52% of Bernie Sanders supporters are willing to vote for Democratic nominee Hillary Clinton. 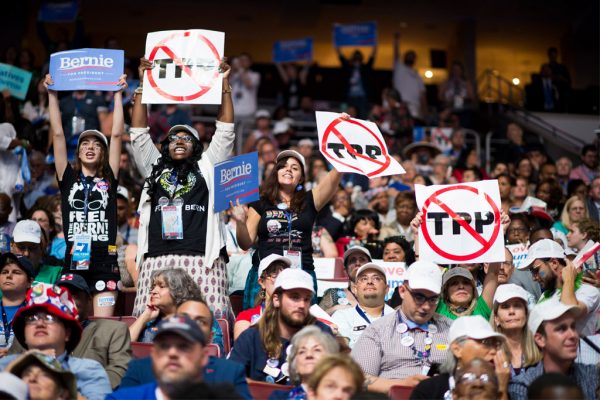 Sander Supporters at the DNC

Out of the 48% who say they will not vote for the former First Lady, 15% are instead opting to switch parties and vote for Donald Trump, 13% are going to the Green Party’s Jill Stein, and 9% are voting for Libertarian Gary Johnson.

“During the primary, Sanders criticized Clinton for accepting donations from “special interests” and called on the former secretary of state to release the transcripts of speeches she gave to Wall Street exectutives. Some of these arguments may continue to trouble certain Sanders supporters,” YouGov wrote of their findings. Clinton has still not released any transcripts from her speeches.

More than half of those polled (52%) described Clinton as corrupt.

“By 40% to 20% this group tends to say Clinton personally profited from the Clinton Foundation, compared to a 34% to 24% split against this view among Democrats overall,” YouGov also noted.

Clinton is struggling with millennials overall in a very significant way. In the latest Quinnipiac poll, Clinton received only 31% support of voters aged 18 to 34 — barely beating Gary Johnson’s 29%.

In 2008, 60% of people under 30 went with Barack Obama, which was a massive factor in his win. Without the support of the younger generation of voters, her chances at coronation fall greatly.

While Clinton has made a half-hearted attempt to appeal to the Sanders crowd by promising to work towards free college for some and raise the minimum wage — most just don’t seem to be buying anything she says.

According to the Quinnipiac poll, a whopping 77% of millennials asserted that she is dishonest.

“It’s a real challenge for Secretary Clinton and her campaign,” Andrew Baumann, a Democratic pollster told Bloomberg. “There’s a character issue. There’s a trust issue. She needs to address that.”

Sanders is set to campaign for Clinton in Ohio over the weekend, but many won’t forget that during the primaries the senator told his supporters not to listen to him if he ever tells you who to vote for.

“We’re not a movement where I can snap my fingers and say to you or to anybody else what you should do, because you won’t listen to me, you shouldn’t,” Sanders stated during a town hall on MSNBC when asked if he will encourage his supporters to vote for Clinton.