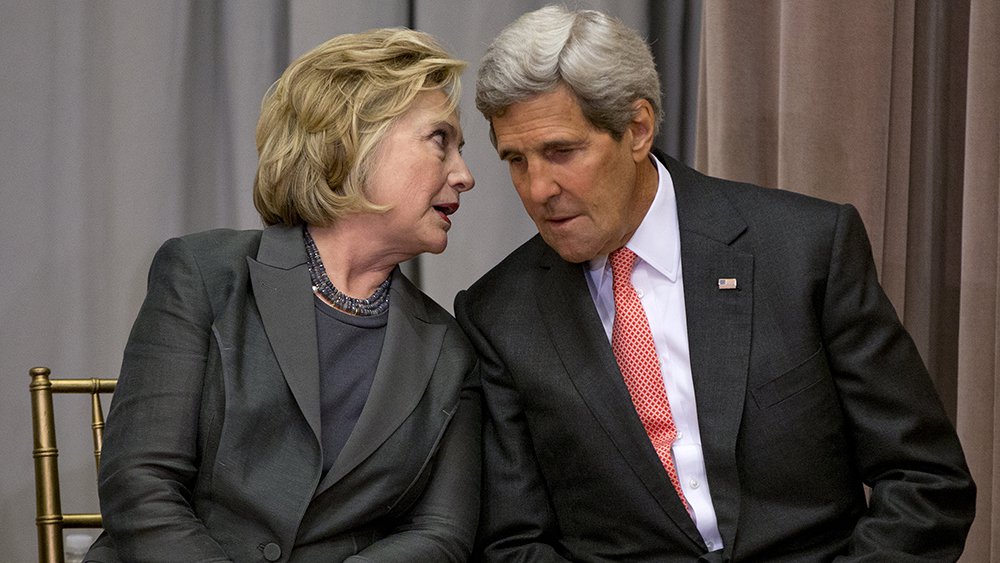 Secretary of State John Kerry followed in the steps of his predecessor Hillary Clinton by using the State Department to funnel millions of tax dollars to a nonprofit charity with connections to his family, according to a recent report.

The Daily Caller reported Monday that more than $9 million of State Department funds were funneled through the Peace Corps to a nonprofit foundation run by Kerry’s daughter, Vanessa Kerry.

After the State Department deposited funds to the foundation on Sept 10, 2012, the Peace Corps awarded money and a three year contract without competition to a nonprofit Kerry created for the program called Seed Global Health. Seed secured an additional  four-year extension in September 2015.

Peace Corps then gave an additional $6.4 million provided by the State Department while John Kerry was Secretary of State last year. From the Daily Caller:

Kerry and government officials colluded to launch the program and ensure that Seed would get the contract.

“Vanessa, Buck, and Sarah are meeting with Ambassador Goosby on the morning of 9/16/11 to discuss next steps for the GHSP,” said a memo from September 16, 2011 — one year before Seed received its first award. “Conversations with OGAC leadership confirm that Ambassador Goosby is very supportive of the initial proposal.”

The memo was referring to Peace Corps Directors Buck Buckingham and Sarah Morgenthau and Ambassador Eric Goosby, who then headed the Office of the US Global AIDS Coordinator (OGAC) — the State Department office that later funded GHSP.

A meeting one month later unveiled the strategy to send tax dollars to Seed.

While many would say that this creates a conflict of interest, Seed spokesman Mark Marino insisted Kerry’s daughter received no financial compensation from personal funding from the transaction.

“No conflict of interest exists in our partnership with Peace Corps and the US government. Dr. Vanessa Kerry is primarily employed by and paid through Massachusetts General Hospital and Harvard Medical School.” Marino said. “Dr. Kerry receives no financial compensation from the Peace Corps or U.S. government. Funding from the Peace Corps, an independent agency in the federal government, represents about 27% of Seed’s total $6.3 million budget this fiscal year.”

In July, Rep. Corrine Brown (D-Fla.) and her chief of staff, Elias “Ronnie” Simmons were arrested and charged for allegedly soliciting “$800,000 in donations to a supposed charitable organization, only to use that organization as a personal slush fund.”

With these revelations about John Kerry having lucrative questionable deals involving his daughter, is it any different than what Hillary Clinton did by securing a rare mining contract in Haiti for her brother Tony Rodham’s company?

[RELATED: What Hillary Clinton Did To Haiti Will Scare You Not To Vote For Her]