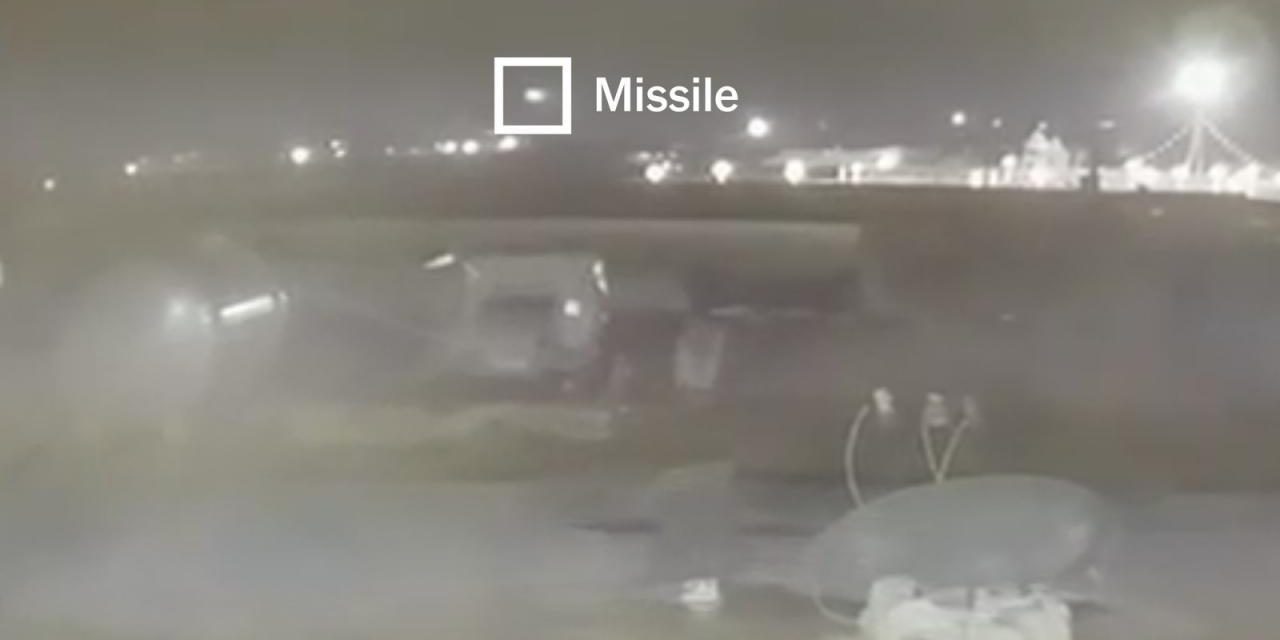 Another video of the moment UIA Flight 752 was blown out of the sky by Iranian missiles has emerged, according to the NYT, which ‘verified’ the footage before reporting on it.

For the first time, the world can clearly see two missiles – fired from an Iranian military base 8 miles from the plane – strike the plane less than 30 seconds apart.

The footage helped answer a question that had perplexed experts: why did air control lose touch with the plane’s transponder just before the crash.

The plane didn’t go down immediately. After the strike, the plane appears to have tried to circle back toward Tehran’s international airport. But minutes later, it exploded and the debris rained down to earth, narrowly missing the village of Khalaj Abad.

Somehow, NYT reporters have confirmed that the video was filmed on the roof of a building near the village of Bidkaneh, roughly four miles from he military site.

The NYT also disputed another one of the Iranian government’s claims: That the strike was due to ‘human error’, as one missile operator mistook the plane for a cruise missile. This doesn’t jive with the plane’s flight path: Since it had just taken off, it would have still been ascending, not descending toward a target on the ground, like missiles do.

The new video was uploaded to YouTube by an unnamed Iranian user at around 2 am on Tuesday. It’s unclear how the times verified the video, but the four bylines attached to the story would suggest that it took some serious legwork. Oddly, the date visible on the footage is “2019-10-17” – years before the day the plane was downed on Jan. 8.

Despite initially denying the IRGC’s role in bringing down Flight 752, Tehran has claimed its response to the attack has been ‘transparent’ and fair – despite an outpouring of anger by frustrated Iranians, who took to the streets for a string of protests soon after the incident.

Iranian media have reported that the man who filmed an earlier video of the missile striking the plane has been arrested.

Watch the video verified by the NYT below: