Newspaper Writer in CT Calls for the 100,000 Residents Who Refused to Register their Guns to be Arrested 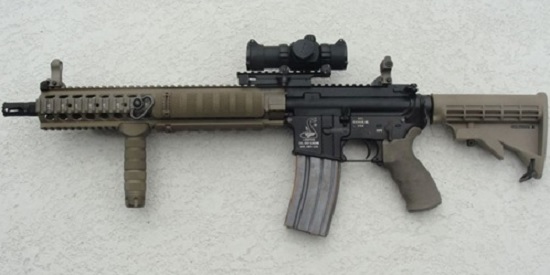 Connecticut anti-gun politicians have a problem. After passing laws last year that require every gun owner who has a “high capacity” magazine or so called “assault weapon” to register those items with the state many refused to do so.

It has been estimated that anywhere from 20,000 to 100,000 gun owners refused to register their guns with their anti-gun government and many think those numbers could even be higher. This mass refusal to obey unconstitutional gun laws has surprised Connecticut officials. Perhaps they were expecting law abiding gun owners to willingly forfeit their rights while criminals did whatever they wanted.There have been varying opinions on why so many have refused to register their firearms. Some say it is because of a mass revolt and others blame it on ignorance, since some may not know the law even went into effect.

Either way, one editorial writer for the Hartford Courant is calling for these CT gun owners to be hunted down and arrested for breaking the new law.

Although willful noncompliance with the law is doubtless a major issue, it’s possible that many gun owners are unaware of their obligation to register military-style assault weapons and would do so if given another chance.
But the bottom line is that the state must try to enforce the law. Authorities should use the background check database as a way to find assault weapon purchasers who might not have registered those guns in compliance with the new law.

A Class D felony calls for a maximum sentence of five years in prison and a $5,000 fine. Even much lesser penalties or probation would mar a heretofore clean record and could adversely affect, say, the ability to have a pistol permit.