No One Is Above The Law? Hillary Clinton Refuses To Be Served Tulsi Gabbard Lawsuit 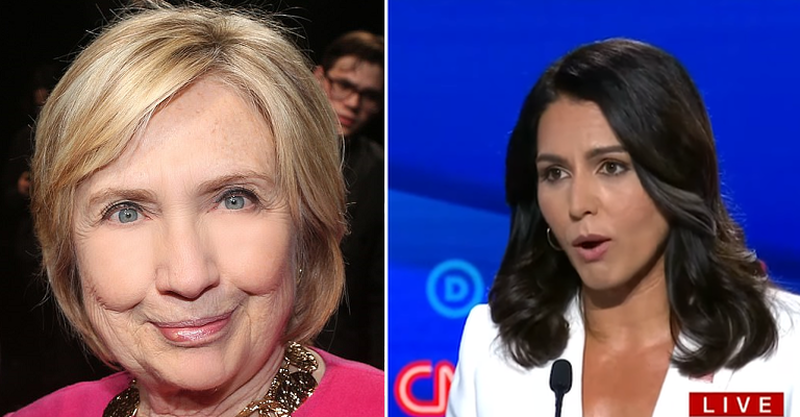 Hillary Clinton has ducked a process server trying to serve her with Tulsi Gabbard’s defamation lawsuit on two occasions, according to Gabbard’s attorney, Brian Dunne.

“I find it rather unbelievable that Hillary Clinton is so intimidated by Tulsi Gabbard that she won’t accept service of process,” Dunne told the New York Post, adding “But I guess here we are.”

Dunne said their process server first attempted to effect service at Clinton’s house in Chappaqua on Tuesday afternoon — but was turned away by Secret Service agents.

The agents directed the server to Clinton’s lawyer, David Kendall, who on Wednesday claimed at his Washington, DC, firm, Williams & Connolly, that he was unable to accept service on Clinton’s behalf, said Dunne. –New York Post

Gabbard filed a lawsuit against Clinton last week, accusing the former Secretary of State of defamation for remarks characterizing the Democratic presidential candidate as a Russian asset.

Tulsi Gabbard is suing Hillary Clinton and the first page of the filing is WILD AF pic.twitter.com/DXHLPfy016

“Rep. Gabbard’s presidential campaign continues to gain momentum, but she has seen her political and personal reputation smeared and her candidacy intentionally damaged by Clinton’s malicious and demonstrably false remarks,” reads the lawsuit.

We thought no one was above the law?

In America, no one is above the law.

Join @IndivisibleTeam at events around the country this Tuesday to demand your representatives fulfill their constitutional oaths to hold the president accountable: https://t.co/QFm6xJNbYQ