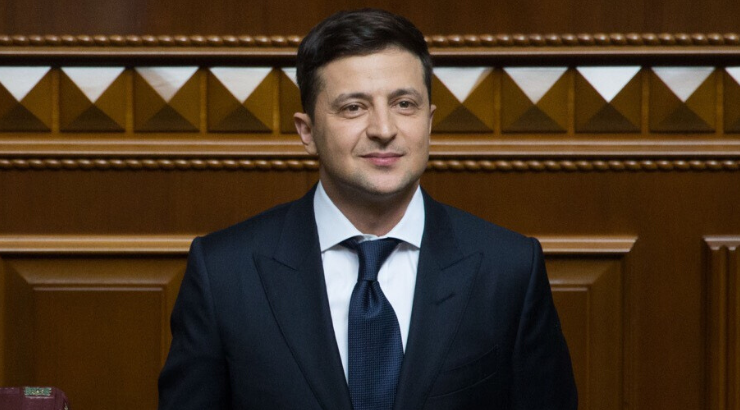 Ukrainian President Volodomyr Zelensky says in a new interview that he and President Trump never discussed a “quid pro quo” – though he was unhappy to have learned that US security aid had been blocked.

“I never talked to the president from the position of a quid pro quo. That’s not my thing,” Zelensky told TIME in an interview published Monday.

“I don’t want us to look like beggars. But you have to understand. We’re at war,” he continued. “If you’re our strategic partner, then you can’t go blocking anything for us. I think that’s just about fairness. It’s not about a quid pro quo. It just goes without saying.”

Allegations that President Trump abused his office are at the heart of impeachment proceedings in the House, as Democrats claim he ‘pressured’ Zelensky to investigate Democratic rival Joe Biden and his son Hunter, as well as a claim that the hacked DNC server was located within Ukraine.

Unbeknownst to Zelensky, nearly $400 million in US military aid had been paused – with Democrats claiming it was used as leverage for the Biden investigation, and the Trump administration claiming that they were concerned about how the money would be used in the notoriously corrupt country.

In 2014, Hunter Biden was hired to sit on the board of Ukrainian gas company Burisma – allegedly to protect its owner, Mykola Zlochevsky, who was under investigation for money laundering, bribery, granting himself drilling permits while he was the Minister of Ecology, and other crimes.

Zlochevsky’s investment in Hunter Biden appeared to pay off, after Joe Biden notoriously threatened to withhold $1 billion in US aid to Ukraine if they didn’t fire the country’s head prosecutor who was leading the investigation.

Zelensky told Time that he wants to improve Ukraine’s image on the world stage after people – including President Trump, keep referring to it as corrupt.

“When America says, for instance, that Ukraine is a corrupt country, that is the hardest of signals,” said Zelensky. “It might seem like an easy thing to say, that combination of words: Ukraine is a corrupt country. Just to say it and that’s it. But it doesn’t end there. Everyone hears that signal. Investments, banks, stakeholders, companies, American, European, companies that have international capital in Ukraine, it’s a signal to them that says, ‘Be careful, don’t invest.’ Or, ‘Get out of there.’”

Read the rest of the interview here.